Simon Arrowsmith is one of the creative minds behind Broken Cabaret, a theatre company producing Something Something Lazarus – a darkly comic musical set in a disintegrating rehearsal at a London cabaret bar. The show was first presented at South Hill Park as Richard the First in 2015. Broken Caberet raised £3,538 from 74 Backers on Kickstarter in January this year, and as a result the show is performing at the King’s Head Theatre from 8th March – 2nd April. 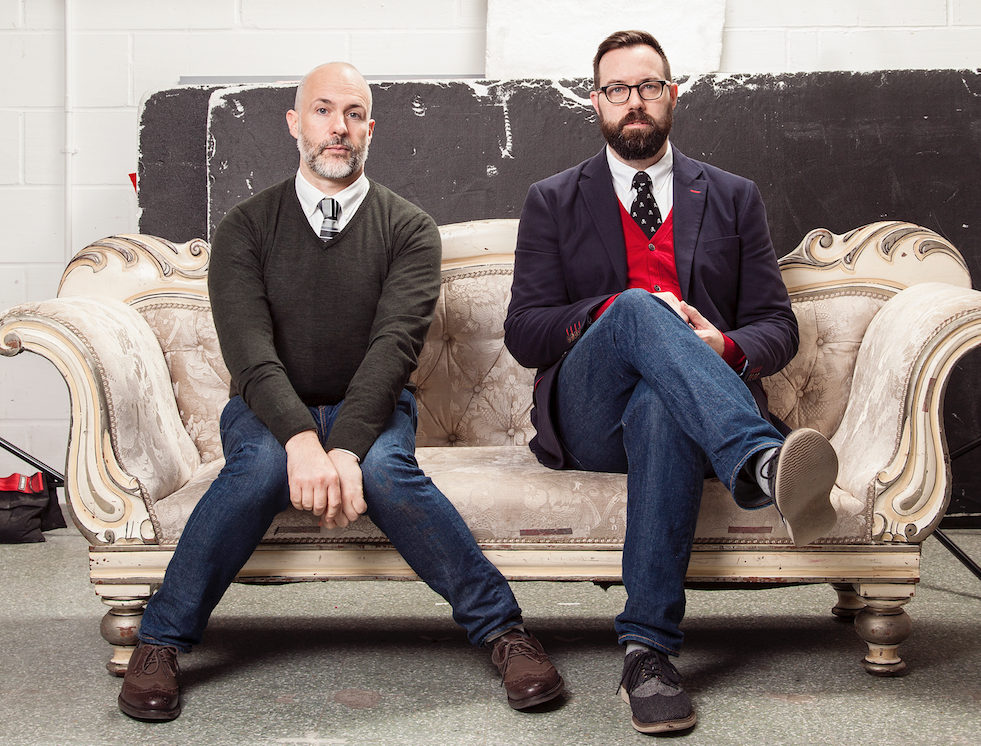 Simon Arrowsmith (right, with husband and digital producer Jonny Arrowsmith) raised £3,538 from 74 Backers on Kickstarter for Broken Cabaret’s “Something Something Lazarus”

“Songs are broken … rehearsed, directed, deconstructed, interrupted, re-appropriated and transformed by the business of show.” – The show’s website

TB: Why did you turn to crowdfunding?
SA: We turned to crowd funding as we felt it was the best fit for us as a small production company. Although we’ve gone to Arts Council England for support, we didn’t want to reply on public funding. We felt that our piece was commercial enough to find an audience that would want to support it.

TB: How was your experience of the crowdfunding process? Would you recommend it?
SA: It takes work. You really have to push. You can’t say “build it and they will come”! That’s just not true. You need to shout about it and pester and strong arm through your social media and contacts. But these tactics have to be engaging enough that enough people (and not just your Aunt Beryl) will put their hands in their pockets to fund your dream. You have to help them see it – what you see in the project. If you’re willing to stay on top of it, particularly in the final week, then it’s worth it. We’ll do it again for future projects.

TB: What do you think makes a successfully crowdfunded project? Do you have any advice for companies seeking to use crowdfunding?
SA: It’s one of two things – a brilliant product and/or engaging rewards and information. A brilliant product sells itself, but with new theatre work it can often be an unknown – how do you know if this is going to be brilliant. A lot of arts businesses, particularly in theatre, aren’t using the right marketing and communications techniques. We’re in the business of story, we should be using that to help people see what they’re supporting. So one of the things we did was theme all our content around the songs we admire in musical theatre. It’s a relevant theme to our content and we tied in the language to really sell the rewards. We also included links, videos and regular updates. People often increased their pledge following a good update.
TB: Do you think the crowdfunding process is just a case of the theatre industry being subsidised by those who work within it?
SA: Sort of, but not really. I look at the people that funded our work and they are family, friends, strangers… Very few of them work in theatre. Most of them just want to see good work and support people they believe in. They’re willing to take a punt on a friend, or a friend of a friend. That network and those connections also build your audience. And then there are people who found the project through our social media. Complete strangers who just thought the project looked interesting. So yeah – sort of, but not really: subsidised by those who know people who work in theatre maybe. Aunt Beryl and her mates?
Tickets for Something Something Lazarus are available here.