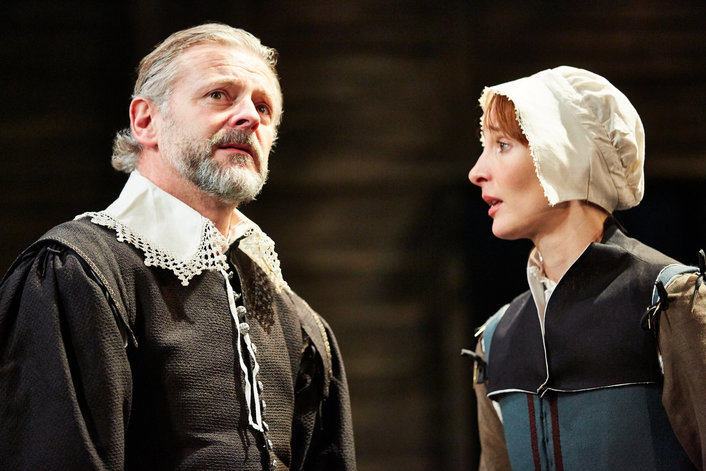 JONATHAN GUY LEWIS is starring in The Herbal Bed by Peter Whelan, a co-production by English Touring Theatre, Royal & Derngate, Northampton and The Rose Theatre Kingston

TB: What is your artistic background?
JGL: I graduated from The Guildhall School of Music & Drama rather more years ago than I care to mention! And rather bizarrely I attended the Guildhall on Saturday mornings as a teenager as I used to play the French Horn!

TB: What advice do you have for actors at the start of their careers?
JGL: Don’t do it! Find something else that can make you happy. But if you really, really can’t and you feel absolutely that there is nothing else in the world for you then… treat ‘yourself’, your ‘brand’ like a business. Look after your body. Look the very best you can. Also, read plays, watch plays, watch films. Have a plan for yourself and your career. MAKE WORK HAPPEN FOR YOURSELF. Don’t rely on other people to do it for you. Do something above a pub or on the street rather than wait for the phone to ring.

TB: What is your best or worst experience in the industry?
JGL: Best: Working with exciting, talented people. It inspires me to take risks. Worst: Being dependent on the approval of others just to do my job!

TB: Why should we come and see The Herbal Bed?
JGL: It’s a truly great play. I played Eddie Carbone in ‘A View From The Bridge’ by Arthur Miller this time last year and ‘Herbal Bed’, in my opinion is up there with that great play.

MAX CALANDREW is performing in Shakespeare Peckham’s production of Hamlet, running until 27th February.  The cast ranges from 22 – 27 years old, and Hamlet is played by three different actors.

TB: What is your artistic background?
MC: I began acting at secondary school at around the age of 14. My drama teachers later told me about a local drama group in Nottingham and urged me to audition for it. I luckily was accepted and was a member of The TV workshop for 4 years. Once I left 6th form I applied to Drama School and was accepted at Manchester School Of Theatre where I studied acting for 3 years. Since graduating I have worked with some wonderful directors at some lovely theatres, worked on several short films as well as a feature film out later this year called ‘Servants Quarters’.

TB: What advice do you have for actors at the start of their careers?
MC: For the very start? I’d say be open and receptive to all the information and advice that you are given, then follow YOUR instincts on what is useful and what isn’t. None of us really know what we are doing in terms of making a plan, and in this profession, very little of what happens to you is actually up to you, you simply have to be ready  to strike when these opportunities come your way. That’s another bit of advice: ‘be ready’. You never know who is watching you or where your next job is coming from. Study, train, prepare.

TB: How do you survive financially – do you support yourself with other work?
MC: I work as a Teaching Assistant with Autistic children – It’s a wonderful job. 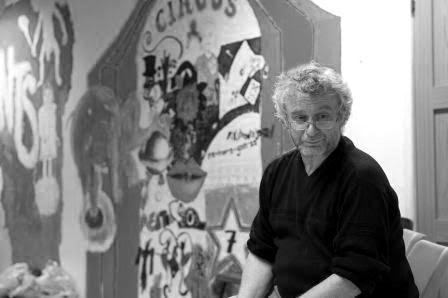 GED MCKENNA is currently performing with London Classic Theatre’s  production of The Birthday Party. The production tours until the 18th June.

TB: Can you tell us about yourself and what are you working on at the moment? What is your artistic background?
GM: This is my 31st year in the business having graduated from Central School of Speech and Drama back in 1985. As well as working for many theatre companies over the years, I written a few plays which fortunately have been produced and taught on writing and acting courses. I’m from Liverpool and starting acting fairly late – I went to Drama School aged 25. Since then my career, as with most actors has been up and down. It’s something you learn to accept.

TB: What advice do you have for actors at the start of their careers?
GM: Train if you can. Work hard at the craft and be prepared for the disappointment of rejection; there are not enough jobs to go round in the arts. If you really want to be an actor and are prepared to put up with the life that goes with it, do it and do it as well as you can.

TB: How are actors being affected by the economic climate of the UK Theatre Industry today?
GM: Being an actor has always been tough. Artistically it can be very rewarding, but financially less so. The current economic climate appears to be predicated on what makes a profit and I’m not convinced this is the best way to approach the arts which over the years has been a much neglected and underfunded part of our culture. Without the arts the nation would be culturally bereft and we need to regard this area as essential rather than as a luxury

TB: How do you survive financially – do you support yourself with other work?
GM: When I’m not working as an actor, I work as a tour guide in Chester and paint people’s houses when they let me.