When Theatre Bubble last reported on crowdfunding in April 2014, editor Alexander Parsonage worried that the phenomena was merely “another way for the artistic community to subsidise the industry” and “neither positive, productive or in any way sustainable.” This week, we have already examined the facts behind crowdfunding; in this article we take a closer look to assess whether crowdfunding has the potential to become a viable alternative source of funding for the theatre industry. 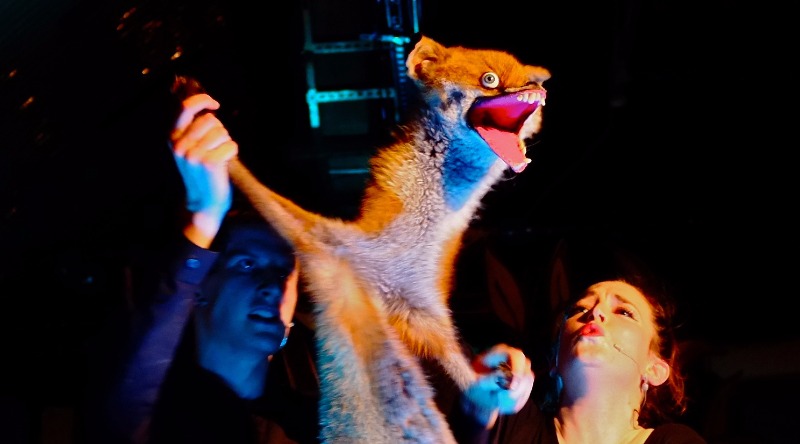 Sing For Your Life was funded through Crowdfunder.co.uk

In theory, it is understandable why crowdfunding is often championed as “the future” of the theatre industry. Crowdfunding sites claim to democratise investment, enabling theatre companies to finance their productions in an unstable economic climate by turning to their intended potential audience. Donors are relatively secure in that no donations are taken until the funding target is acquired, meaning that the money donated to a certain project will only go to the intended scheme. And crowdfunding sites bypass the need to set up a costly funding website platform, taking as little as 5% of the funds raised. This means that of the £315,114.27 Wefund claims to have raised, it profited £15,755.71. And whilst Wefund may have closed its doors, joining other dead sites such as Sponsume, wedidthis and pleasefund, there are still hundreds of crowdfunding sites willing to host propositions for theatre projects, such as Crowdfunder, Kickstarter, Indie GoGo, Crowdcube and Spacehive. For many emerging practitioners, especially ex-student companies looking to break into the Edinburgh Fringe, crowdfunding looks like the promised pot of gold at the end of the rainbow.

The issue with crowdfunding in the theatre industry, however, is that it isn’t clear whether or not it fulfills this promise. Theatre and performance pitches generally tempt the highest percentage of first time donors – suggesting that the revenue brought in by crowdfunding sites is actually donated by friends or associates of the company, or at least by those already aware of the company’s work. For example, (at the time of writing) out of the 100 backers for COMMUNITY, a new play exploring promiscuity culture in the LGBT community, only one has backed another project. This would suggest that crowdfunding sites, whilst an attractive prospect for mobilising the support of your existing contacts, actually fail to bring in new sources of revenue. The difficulty with assessing this hypothesis is that, due to the sheer volume of crowdfunding sites, it is hard to quantify the extent of donors backing multiple projects. Perhaps the reason for a lack of such donors is the saturation of low quality pitches featured on these websites. Student theatre, amateur productions and professional transfers uncomfortably rub shoulders, and attempting to discern the merits of one ‘modern’ production of Frankenstein against that of another another from the bite-sized biography allowed to a pitch can allow more interesting projects to drown in dross.

Potentially, it is actually on a micro scale that crowdfunding makes the most sense. Crowdfunding arguably finds its most appropriate outlet in a student environment, which is after all a fairly closed, often non-profit community of those creating theatre and those watching it – none of whom are relying on the industry they are supplementing for their income, unlike artists in the professional theatre. On a macro scale, productions such as The Pajama Game and Wind In The Willows have turned to equity crowdfunding to secure investment. Equity investment is fairly uncommon in the UK and even less so in the US, where the Securities Exchanges Commission is still yet to implement an article of the 2012 JOBS Act creating a federal exemption under the Securities Law to allow companies to offer and sell securities through crowdfunding portals. Seedr, the primary website dealing with equity crowdfunding (which raised over £200,000 for the pitch for Richard Eyre’s production of The Pajama Game) currently features no theatre campaigns. How appropriate equity crowdfunding is for theatre is up for debate – few fringe productions make a profit, and arguably few treat it as their primary aim to do so. And should they? This brings us back again to the old debate of tax breaks versus state funding – and equity crowdfunding’s treatment of theatre as a business is founded on the same arguments that support tax breaks on the grounds that it rewards profitable theatre.

There is also the problem for donors of what exactly they are backing. Obviously, with all pitches there is the potential for failure, but at least most projects have a clear end goal – a product that the consumer has voted into existence through their backing. With obvious exceptions, theatre companies turn to crowdfunding in order to create (as without this funding they could not afford rehearsal costs) and in the process of creating discover what it is that they have created. This is the essence of a collaborative process. The process of crowdfunding, however, establishes a dynamic of (admittedly often disappointed) expectations and fulfillment of these expectations, as paid for by the consumer. Furthermore, a theatre production is less easily accessed and more ephemeral than almost any other kind of project featured on these sites – making the two seem an unlikely pairing. If theatre can be treated like any other business, who would invest in a business that has an unpredictable output, that is difficult to access and that will have probably vanished utterly in at most a year’s time? When the pitch comes from an established company with a portfolio of work, then a donation is more understandable. But why would companies with an established audience require the coverage given by a site such as Kickstarter?

I am sure that productions do exist that are perfect for a crowdfunding platform. Companies with an innovative and eye-grabbing concept behind them, with enough audience appeal and known work to draw in donations from users beyond their circle of contacts, but without a substantial enough following to guarantee sufficient support, stand to benefit both themselves and the UK theatre scene through crowdfunding. Sing For Your Life is perhaps the perfect example: created by a reputed international sculpture artist without a background in theatre, it paired puppetry with taxidermy pets to create political theatre perfection. Having won awards and acclaim at the Vault Festival, it went on to raise £5,400 through crowdfunding in order to pay for set, musicians and an extra actor, and became one of the most memorable highlights of the Edinburgh Fringe 2015. But crowdfunding is far away from being the dreamed-of catch-all solution to the black hole where arts funding should be – even if David Cameron acts as if it is, awarding SpaceHive the Prime Minister’s Big Society Award.

This is but the conjectural opening of an ongoing debate that we at Theatre Bubble will be engaging with this month, considering both sides of the crowdfunding debate as well as giving advice for how to achieve success and highlighting those pitches that have caught our interest.