‘History is always written by the victor’. In Good King Richard this widely-accepted ‘history’ is challenged and a new narrative wrought, focusing not on Richard III’s reputation as a deformed usurper but as a troubled and misunderstood young king.

‘History is always written by the victor’. In Good King Richard this widely-accepted ‘history’ is challenged and a new narrative wrought, focusing not on Richard III’s reputation as a deformed usurper but as a troubled and misunderstood young king. 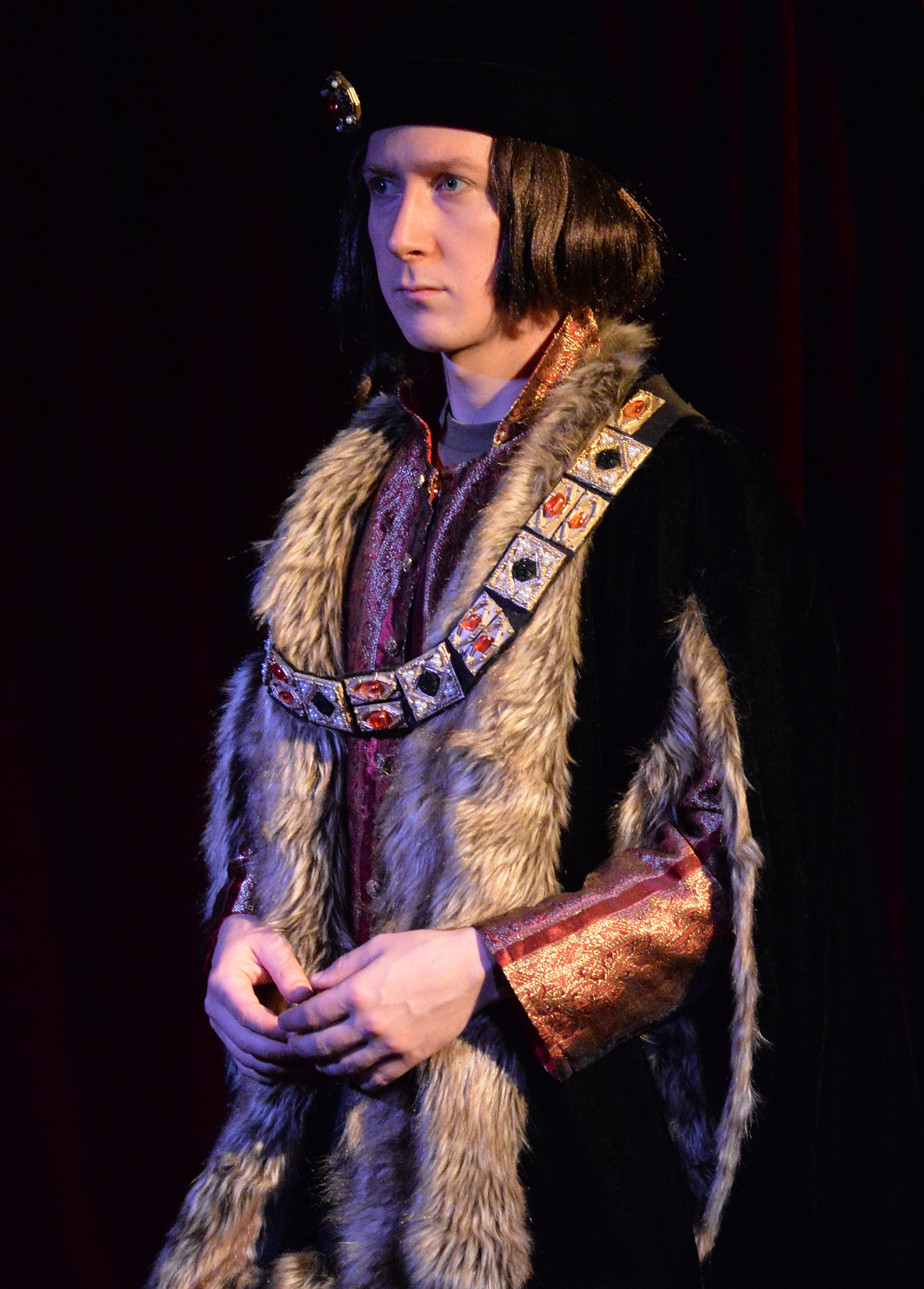 As far as Golden Age Theatre Company’s dedication to creating theatre which explores ‘big ideas’ in both historical and contemporary settings, this certainly hits the nail on the head. Nicholas Koy Santillo is marvellous as the titular Richard, first slumping onstage as the crippled figure of Shakespearean legend before transforming into an upright, confident young ruler in a marvellous feat of directing. Presenting the audience with the accustomed hunchback figure of Richard III serves to force us to confront our own preconceptions about the character, especially when Santillo bitterly declaims ‘Is this what you were expecting?’ before transforming into a far less villainous, much more nuanced version of Richard. All in all, the cast were splendid, with particular praise going to Ben Harper as the Duke of Buckingham and Albert Clack swapping effortlessly between common soldier and scheming Bishop Morton.

The set was very simple, suiting the venue admirably, though much more attention was clearly given to the costuming of the characters, which was nothing short of beautiful. Transforming very small spaces into such areas as a princely court and dungeons is monumentally difficult, and Golden Age wisely decided to avoid this by focussing on costume to depict location and period, leaving it up to the audience’s imagination to embroider the rest. However, considering the chosen simplicity, the direction and blocking of the scenes really had to shine in order for the audience’s attention to be properly held. In a few scenes this was done with aplomb (a game of chess being one of the standouts) but in various others the use of the space was not quite so impressive. The problem here is that the whole nature of the show consisted of political schemings and conversations. Portraying 100 minutes of various groups of people talking to each other while keeping the scene visually interesting is a tough call, and one which Golden Age struggled with. The group were obviously aware of this, as effort was made towards the end of the play to introduce slightly more interesting situations – a conversation happening during a massage, for example. I do wish that this had been addressed from the very start though, just to keep it not just aurally but also visually gripping.

Attention must, however, be paid to what this company were actually trying to do – freeing a historical character from the trappings of famous fiction and instead confronting the audience with an alternate version. And in this, they succeed marvellously. The point of the play was not to produce a visually beautiful piece of theatre, but to confront and challenge the audience’s expectations of a ‘King Richard’ and to lay bare the bias of history, which was done with taste, a skilful script and, above all, impressive acting.

Good King Richard ran at the White Bear Theatre from the 8th-20th of December Tuesday-Saturday at 7.30 pm and Sunday at 4pm.