Bring Your Own Collective:
Owl Young

A well-constructed, insightful interactive show with a smart interplay between its medium and its message. Clearly the beginning of a great career - catch it on tour.

“It’s just a button and anyone can push a button”, Owl Young tells the audience near the close of his drone-themed solo show IRON M.A.M. (or ‘Military Aged Male’). It is apt, then, that much of this charmingly high and low-tech production is operated at the touch of a button, via a PS4 controller that Young keeps ready in an armpit holster. Whilst this metaphor is sustained throughout, with audience members invited to join Young onstage in a game using the controllers as weapons, Young seems to gesture away from metaphor and towards the literal convergence between a remote-controlled gameshow, and a remotely-controlled death. In this show, the click of a spacebar could kill, or merely change the powerpoint slide. 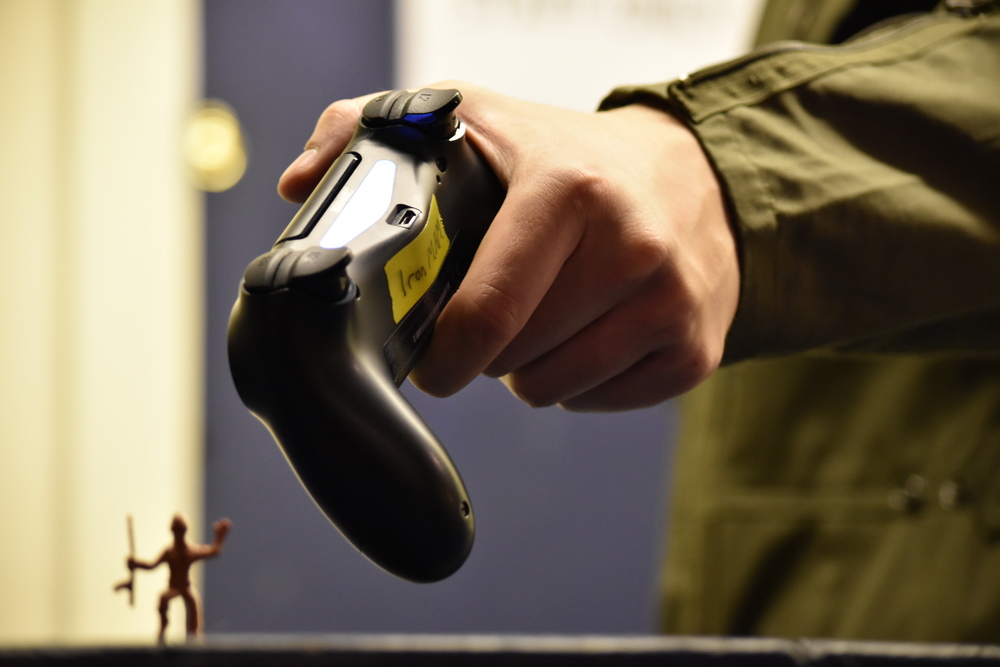 Pitching his show as being “caught between a TED Talk and a Coming-Of-Age Thriller”, Young employs a deceptively low-energy delivery to gently encourage his audience to join him onstage for a series of seemingly simple games and interactions within which there are flashes of something more subversive. For example, asking one audience member to face the wall whilst their neighbour throws paper airplanes at them, he explains by stating “If this were the real thing, he wouldn’t see it coming”.

In other instances, his target is less clear. One ‘game’ involved another member of the audience first shooting well known celebrity and political targets – prompting some easy laughs at certain public figures given a prompt execution – before competing with Young himself to take shots at unidentified civilian targets, some wielding weapons or wearing balaclavas, others simply at prayer. At first, it was unclear what Young was attempting to communicate beyond the difficulty of identifying ‘genuine’ threats, making the exercise feel cheap and the volunteer’s choices arbitrary – that is, however, until the volunteer to their horror realised a millisecond too late that they had mistakenly shot a member of Pussy Riot.

This is what characterises IRON M.A.M. – a deceptive and surface moral simplicity that is subverted at the moment the audience takes it for granted. It shows creative courage to be willing to engage with frustration as a viable audience-response, and to sit back and allow the audience to make themselves the targets. Early on, Young states “let’s not be coy – drones kill terrorists”, in a tantalising gesture towards a moral relativism that is unfortunately unexplored elsewhere. It is also a show containing highly personal content, weaved into the central themes in a way that shouldn’t be spoilt, but which operates like an emotional kick to the gut. The result is a well-constructed, insightful show with a smart interplay between its medium and its message. IRON M.A.M. feels like the brink of something incredibly powerful – see it if you can. I look forward to seeing what the Bring Your Own Collective brings us next.

Iron M.A.M. is on tour from the 19th of November until the 26th of March. Details of venues and dates can be found on the company’s website: http://www.byotc.co.uk/tourdates/

Written and performed by Owl Young
Produced by Jordan Guilfoy-Richards