Review of: The King of Tiny Things

In theatre, whether it be for children or for adults or for both, what is important and of value is not necessarily what is put on stage. It isn’t necessarily what is seen or heard- in this case, acrobatic tricks, skilful juggling, headstands, leaping from heights and the like. It sometimes isn’t even the face value of the story, here, in Poppy Burton-Morgan’s adaptation of Jeanne Willis’ children’s parable The King of Tiny Things. It’s usually to be found in the play that isn’t seen, the hidden one that is there lurking in the shadows that’s just beyond the signifiers of the dialogue, the music, the movement and the fun games. 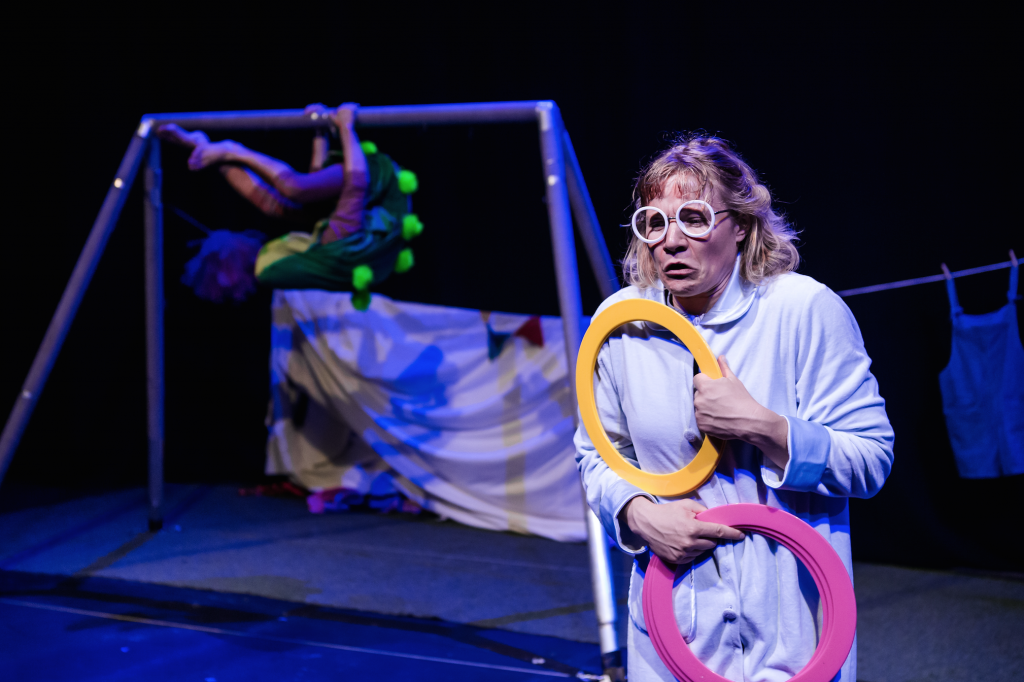 Now, on the face of it, this new show by Metta Theatre is a gentle, graceful performance piece for little children. To make it exciting, to bring a myriad of bugs and insects to life in this story of two sisters camping for the night in their grandfather’s garden, the creative team transform the Stag Beetles, the Worms, Slugs, Caterpillars and Bats into human beings dressed in costumes. Puppetry is used to give substance to the actual King, a tiny Fairy, a will-o-wisp that only comes out at night and is gone by day. Rap and street dance are used to interest the children and to speak to them in their language-

how can I cling yo

without my slime yo.”

raps the Slug. It certainly makes it seem “hip” to be a slug, even if it is “like a snail with bad PR”.

But, beyond all the skilful antics, the physically fiercely dedicated performers, it’s important to think about what is really going on here. The King of Tiny Things is about two girls who suffer variances of shyness and a certain squeamish (at least one does anyway) over insects and bugs. At its end, we have two vastly different girls who are taller, prouder, louder and less shy.

It seems certain that the play’s message is about facing our fears, overcoming prejudices, being brave and taking an interest.

Yet there’s something more. The revelation comes quite late, in a piece that seems to take its time to get going, though get going it does. And it is that our fears have something to teach us. And, zooming in closer still, that perhaps the natural world and our everyday observations of it, has a lot to teach us about transformation, regeneration, over coming and play, all constituent parts that make up the dance of life. And how do we teach this? Through art. As, using meta theatre, the company also makes explicit.

This is the beauty of and the secret behind The King of Tiny Things. It is engaging if you can just let it happen.