Poppy Burton Morgan answers our questions ahead of directing her adaptation of Jeanne Willis and Gwen Millward’s popular children’s book The King of Tiny Things for Metta Theatre. 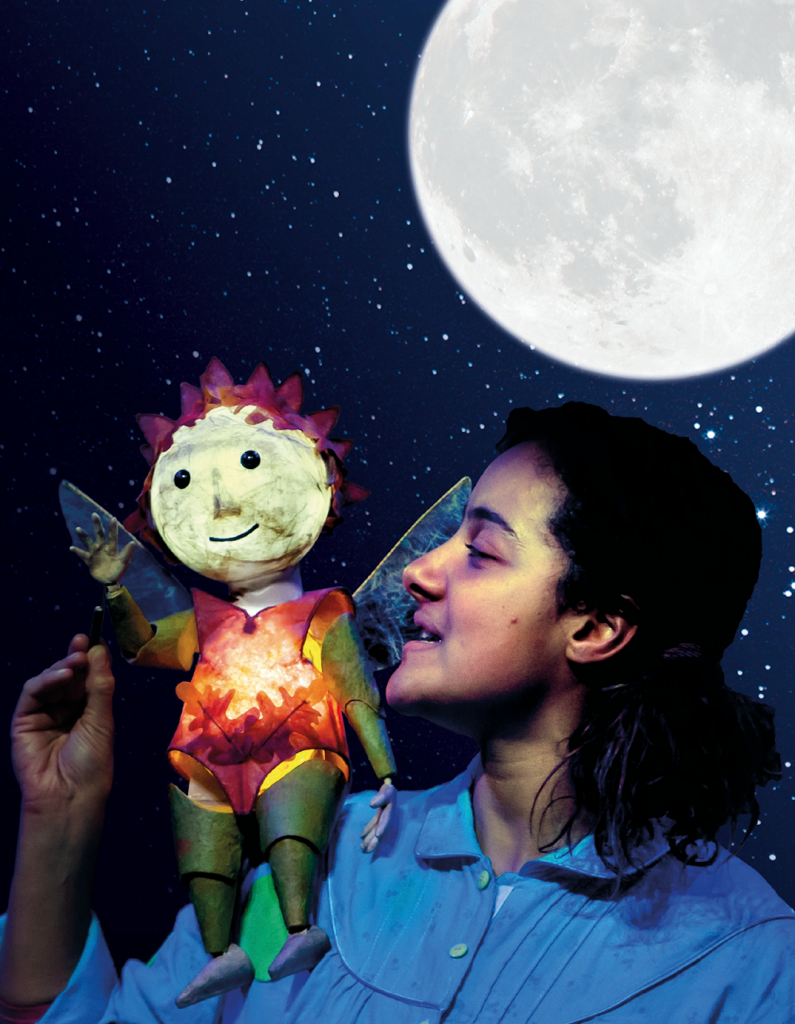 The King of Tiny Things

… one of those funny words that means a different thing to everyone. We interpret it to mean replacing reality with imagination – so for us the exciting thing that meta theatricality can do so well is make the audience do some of the work in filling in the gaps with their imagination. This both frees you up to create a world on stage that’s not necessarily bound by the rules of reality and also creates a complicity in the audience who, by making that imaginative leap, create a communal investment in the work. The shows themselves vary wildly – we’ve just staged a production of Mozart’s opera Cosi fan Tutte, then we’ve The King of Tiny Things opening next week, which is a circus piece for family audiences, and in the autumn we première 6 politically provocative new short plays about the global food crisis. Although it’s pretty diverse, I think for those people who see several of our productions the meta theatricality manifests itself in everything we do – though in subtly different ways. Time and time again the three words people use to describe our work are imaginative (which comes from our meta-theatrical sensibility), beautiful (virtue of running a company with a Designer) and moving (the other meaning of Metta with two ‘T’s is compassion, and that humanity is at the heart of both how we work and the stories we tell).

The story of The King of Tiny Things is deceptively simple – we follow two young girls, sisters, as they camp in their garden for the first time. They meet a magical winged creature who introduces them to a series of insects each represented through different circus disciplines. The circus arts are already quite a meta-theatrical art-form because the frequent acknowledgement of the audience allows you to play with performance that’s aware of it’s own theatricality. When we first meet the sisters they address us directly – but the elder sister, Chrissie, who is more shy, attempts to hide from the audience and has to be coaxed back on stage by her younger, bolder sister in order to sing the song that introduces us to them and the world on stage. And the design is drawn from both reality – many of the costumes are an extension of an idea of pyjamas/onesies in this night-time camp-out garden world – and from circus – juggling clubs become a slug’s antennae, plants are growing out of top hats and clown shoes, juggling rings form an elaborate flower.

Who will see it?

When we started developing the show last year we were keen to make something suitable for littlies (3+) and as it’s grown we’ve realised that while there’s certainly plenty in it for them, there’s also a lot for older children, their parents and teenagers as well. Beyond the simple plot there’s quite a complex exploration of fear – simple fears of the dark and also fears of change, of growing up, of the ‘other’. So I hope entire families with toddlers, teenagers and everything in between will come, and everyone will take as much or as little as resonates for them – the richly layered and symbolic nature of much of the circus choreographies mean there’s a lot you can read it into it, and for younger children it’s also spectacular and fun. And, I think, rather moving too. 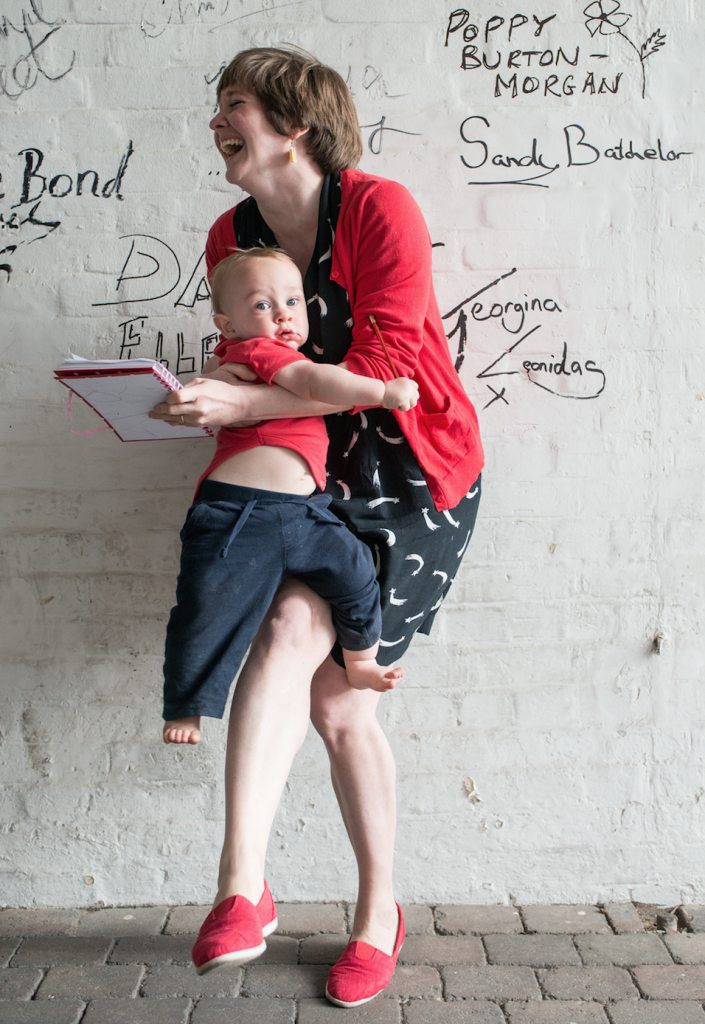 The arts cuts. Are you worried?

We’re in a funny position because our success with our project funding has actually grown as others have been facing cuts, so the last 5 years have actually been a huge period of growth for us. That said its noticeable that every year the competition for funds gets harder and harder. Our recent success in funding also coincided with starting our own family three years ago – really no coincidence – there’s nothing like an extra two mouths to feed to galvanise you in making your theatre company really pay its way. So that does increase the worry. Our biggest challenge is that while I’ve got fiendishly good at writing funding applications we’re still just project funded so it is all very precarious. Sadly though, given the way things are going, the portfolio of national organisations regularly funded by Arts Council England (NPOs) is only going to get smaller, so we’re trying to be creative and getting our heads round that dreadful phrase ‘diversifying our revenue strands’!

Your working practises are permeated by compassion and openness…

Well basically it means that we try to be nice people! We believe in being nice to others – the idea of kindness, compassion and empathy is really important to us. Finding the humanity in the stories we tell is paramount – I think that’s why our recent Cosi did so well, because we created a world in which the behaviour of the characters became understandable and sympathetic. And that extends into the process – surely the best art, maybe the best work of any kind, is made in an environment of acceptance and openness – an environment in which people feel safe to take risks, to be held.

Social and environmental responsibility is really important to you as a company?

Remarkably after doing it for 10 years we do still believe theatre can change the world. Arts have the power to really shift people’s feelings and thinking on a subject – I think the power of art to provoke change is often hugely underestimated. So it really matters to us that the stories we tell are going to make a difference in some small way – even if that difference is about a tiny thing like encouraging young children to celebrate rather than denigrate creepy crawlies and the natural world. And environmentally – well I’d hope everyone was on board with that message by now. I think it’s also really important to show that it’s possible, even as a small company, especially as a small company, to be the change you want to see in the world. The cost of recycled instead of non-recycled paper for promotional flyers is minimal, everyone can recycle paper etc.

You run the company with designer William Reynolds. How do you as a director, and William as a designer, approach a piece of work?

Design and a wider sense of aesthetic is crucial to our work, particularly in our circus work and our family work which as genres more generally often seem to lack a designer’s eye (in circus because it’s such a performer led medium and in family work I suspect, sadly, for financial reasons). My work as a director is always highly visual – The King of Tiny Things is a great example of this – there’s a whole visual narrative built of images and symbols that you can read on top of the plot and character narrative, so design is a big part of that. How we work varies a little with the form but whether it’s an existing piece or something we’re devising/creating from scratch, whether it’s for 3 performers in a playground, or a cast of 23 in an 1800 seat theatre, I can’t begin to imagine the world and hence the choices we’ll make to create it until I have an image of what it will look like. I’m also very lucky in that being married to my designer means those aesthetic and creative conversations can (and do) happen at all hours every day and night, which I think plays a huge part in achieving both rigour and richness in the worlds we create on stage.

What are your long term plans and goals and what’s next?

It would be wonderful to become a bit more financially sustainable as a company – that’s the next big hurdle – proper salaries. And artistically – well I dream up a new show every other day so there’s always a new show, or three, on the horizon. The ones I’m really excited about our these new plays in the autumn because the scripts (which we commissioned) are brilliant and it’s so exciting to bring our highly visual and meta-theatrical approach to new writing. Oh and a street dance and contemporary circus adaptation of the Jungle Book, with a cast of 27, which we’re touring next year. That’ll be pretty epic. And, with a female Mowgli growing up and finding her way in an urban jungle, also pretty human too.

The King of Tiny Things begins its 10 venue tour on Saturday 11th July.