Universally acclaimed Benedict Andrews’ A Streetcar Named Desire is to transfer to New York in April 2016. Alongside the rest of the cast, Gillian Anderson will be reprising her seminal performance as Blanche Dubois. The production will open St Ann’s Warehouse inaugural season at their new location on Brooklyn’s Waterfront. 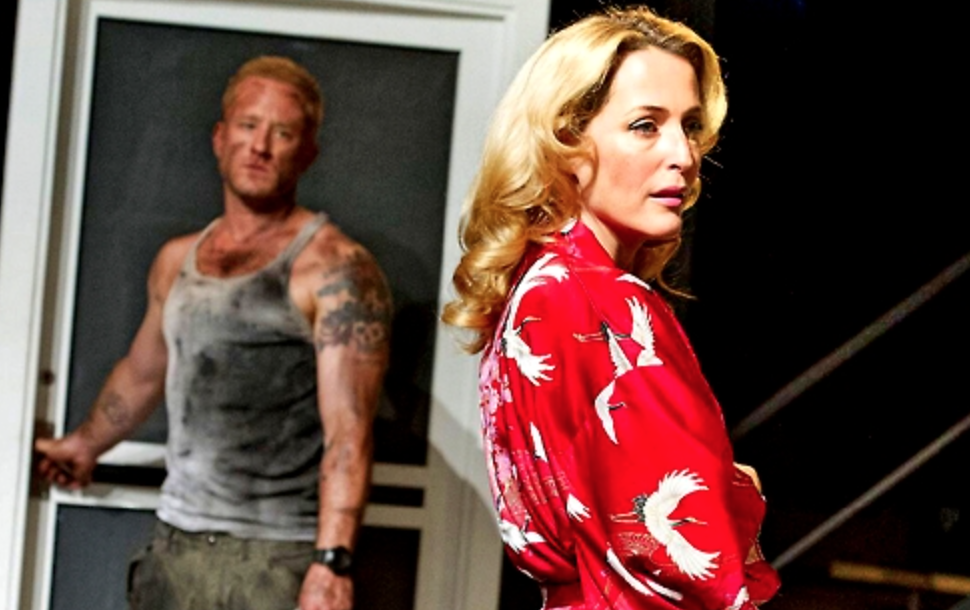 Gillian Anderson said: “As a company, we are utterly thrilled to be transferring this extraordinary play to New York city.  It is a uniquely imagined production and St Ann’s is the perfect place to stage it.”

David Lan, Artistic Director of the Young Vic said: “The Young Vic is over the moon to be sharing this breakthrough production with New York audiences and to be part of the typically glorious season at the wonderful re-invented St. Ann’s.”

For over three decades, St. Ann’s has commissioned, produced and presented an eclectic body of innovative cultural presentations that meet at the intersection of theater and rock and roll.

Of the Young Vic’s fastest selling show critics said: “Gillian Anderson is compelling” Susannah Clapp (The Observer) whilst Michael Billington said  she “captures both Blanche’s airy pretensions to grandeur and her desolate loneliness.”

An imagining of Blanche’s life pre New Orleans, The Departure, was made into a film by the Young Vic with the Guardian, written by Andrew O’Hagan and directed by and starring Gillian Anderson.

Tickets go on sale to St. Ann’s members from 5 June. Details of public on sale to follow.