Review of: Image of an Unknown Young Woman

Ah, politics. Who doesn’t love a good riot? Because that’s what democracy is, isn’t it? The right to protest (currently under threat in the UK), public disorder, students and anarchists in Guy Fawkes masks holding the politicians to account. Well, sort of. 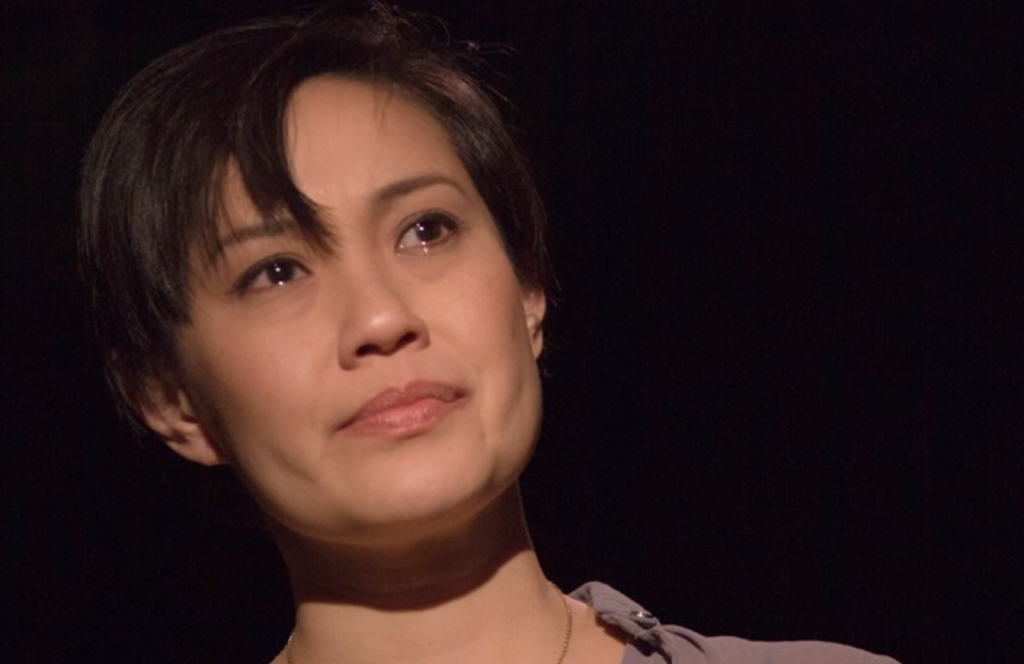 Wendy Kewh in Image of an Unknown Woman

Image of an Unknown Woman takes place in some imagined non-country between west and east – it could be anywhere, it is everywhere. People are protesting, other people are frightened. The goverment has the city on lockdown and food is scarce. A video of a girl in a yellow dress getting shot goes viral and sparks a resistance movement against the government. You’re in or you’re out. And if your mum has gone missing, well…so have lots of peoples’ mums.

In this semi-dystopic environment we meet Layla & Ali, living in fear for having posted the video in the first place, and Yasmin, out looking for her mum who never returned from a shopping trip. Aid worker Nia starts to develop a relationship with one of her wealthy, lonely donors, Candice. Nia exhorts about the crisis and shows her torture scars. Candice mourns her husband leaving, Nia sympathises. In this, the borough of Notting Hill, nothing feels more directly appropriate than this relationship between a well-meaning rich woman and a well-mannered representative of the rest of the poverty-stricken world.

The rest of the show is punchy, interesting and features great performances from a talented cast, but the script, though peppered with modern references, never feels like a truly original addition to the genre.