Review of: Man of Steal

James Freedman looks like a man more likely to break into song than he is to pick your pocket. But this is one of the points of his one man part-magic part-lecture show: to illustrate, with relish, all the similarities between the drama of stealing in all its artful forms, and theatrical showmanship, plus our very quintessential romantic obsession with pickpocketing. 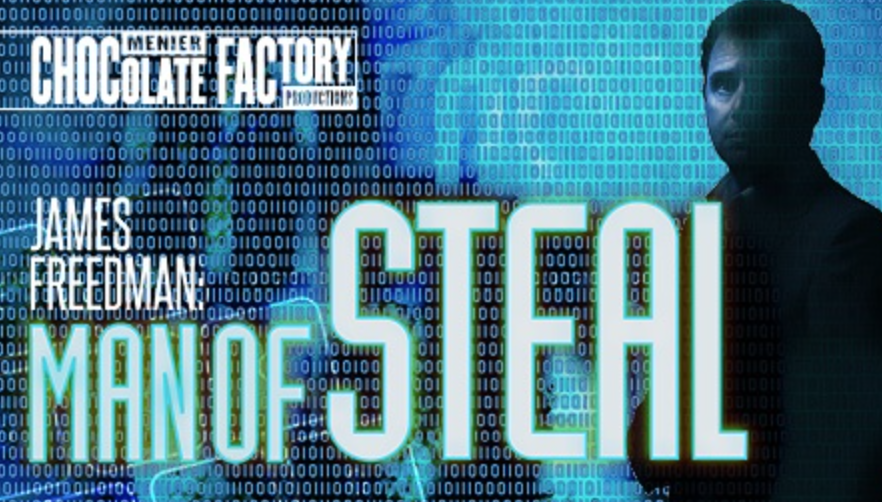 Whilst procuring by charm some audience interaction and along the way, darting around the volunteers as if the Artful Dodger himself (he did create the pickpocketing sequences for Polanski’s 2005 Oliver Twist) we also get the lowdown on the history and techniques of thievery, including the first card fraud in the 1980s. As well as exposing a whole lot else, James Freedman unmasks our curiosity over ‘bumping’ ‘sleight of hands’ ‘rattraps’ and the like, as insatiable, perhaps because of thievery’s literary associations with child labour, and pickpockets as the invention of the workhouse and icons of the industrial revolution (Robin Hood doesn’t count, nor do Highwaymen, because as Freedman informs us, there is a difference between muggers, who are thugs, and those who are artful, who are magicians). The overall effect is of a rabbit that is so mesmerised by the brightness of the car lights that it gets run over. The audience is the rabbit.

And continually, Freedman shows us what rabbits we are, as he uncovers, before our very eyes, the various ways in which your bank card details and other things, may be stolen: ways which will take your breath away. The theatricalities of these are performed against a structure of personal narratives which Freedman delivers in the same showmanship style, without a trace of self pity. Instead, he presents  himself as a man  with a scientific curiosity about the world- in fact, despite the very mechanised design and binary opposites projected onto Mark Cunningham’s screen on Declan Randall’s stage, we can hear, smell and see the throbbing, thieving and very modern streets of London.

Although its style is different, in terms of wit and artistry, Man of Steal can be compared with Peter Brook and Marie-Hélène Estienne’s The Valley of Astonishment, which deals with people who have synesthesia. James Freedman’s abilities and incredible memory functions are not that different from those portrayed by Sammy, the character Kathryn Hunter plays. The difference is that there was a character struggling to navigate the world, here we have one who has already achieved that.

The purpose of Man of Steal seems to be to part teach, part inform and part expose our fetishism with pickpocketing, whilst entertain. Two observations: are all pickpockets men, as it feels it is an industry that is extremely patriarchic, although this cannot be so (and would we react in the same way to a female thief?) and second, should the Met be worried? Because we’re all pickpockets now.