Review of: The Tulip Tree

There’s a sort of difficulty writing about a show like The Tulip Tree, directed by Antonio Ferrara and written by Oliver Michell, a short play about an early but famous love encounter in Enoch Powell’s life pre 1968 Rivers of Blood  speech but over which he was still nostalgic- if that is the right word- at the age of 80 . The difficulty is attributing this early delusional encounter with would be love interest Barbara Kennedy as being solely indicative of things to come. At best, in this play at least, it can only give a sense of a man socially backward, demonic, inept even- but these things do not make a person racist, nor does an unrequited love affair or listening to Wagner’s music and quoting Nietzsche, although Powell was obsessed with both of those geniuses- the one, we may remember, way less nationalistic than the other and who hated appealing to the herd, something Powell tried to do with his ideas of ‘repatriation and unregulated capitalism‘ . 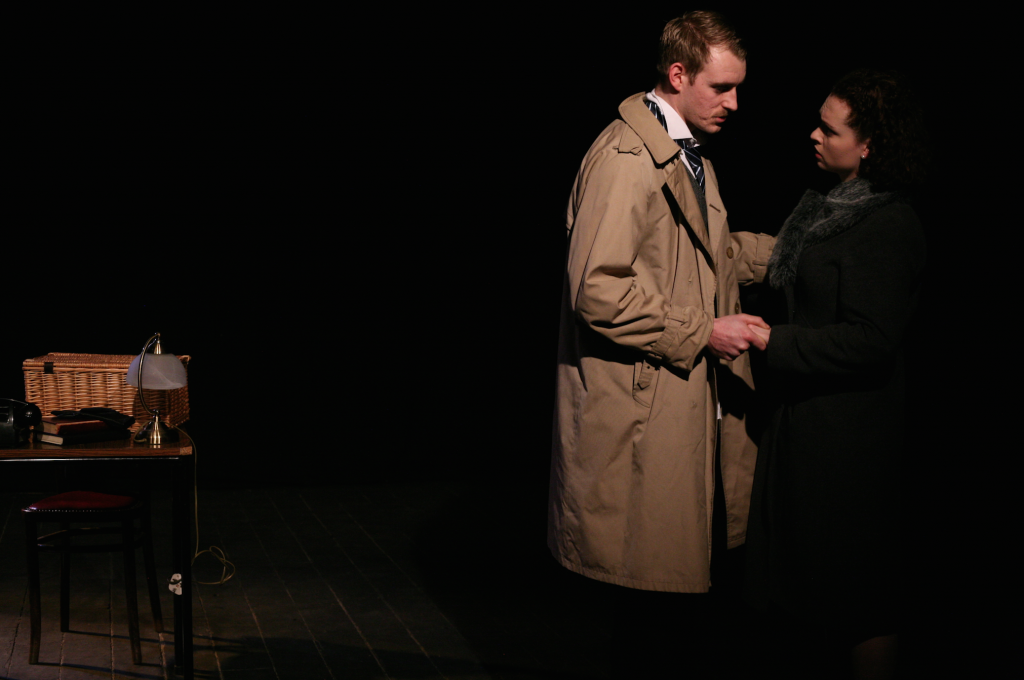 This though, of Powell’s early life, is all we get as a sort of sketch of the man he might later become and it is a little hazy,  not because it  lacks detail but because there is no sense of a connection to the future, or the past, or a sense of what really lies inside Powell and why he chose, later in life, to attack those most without rights, those most unprotected and vulnerable. And the result is that The Tulip Tree feels a bit of an island in free float without an anchor. It’s true that Powell always saw himself as an outsider, and we get that as we watch him join his beloved hunt at Albrighton and Woodland  arguing with his companions, all toffs and public school and with considerable more war experience than he- to his chagrin. No more can he be a big fish in a small pond as he was in India. But the contrast between Powell as an intellectual superior with the others as down to earth simpletons but more happy is too one dimensional and oddly patronising. The love story between Barbara Kennedy and himself also misses something-  with a few more narrative scenes perhaps, we could more clearly envisage how much Powell gets it wrong, how much he is given to fantasy,  but not enough stage time is given to the nuances of what is hinted at as a very complicated relationship.

The main problem though, is how this all adds up for Powell later in life. There’s an odd disconnection between this period and his later rise and fall and obsession with a European hegemony and a heresy towards his own country. One would think, with the worrying rise of UKIP, this could be a very timely reminder of how ‘multinational a UK’ we are and how ‘Britain runs counter to the idea of a racially defined nationality’, but the play is only interested in painting Powell as a mad romantic who saw himself as Tristan and Barbara as Isolde. The set design does little to make us step outside of this Edwardian Utopian world either, and there is not quite the authorial distance one would like.  But despite problems with the play, Alexander Shenton does his best to give us a character who is preoccupied, angst driven and a little frightening in his lack of capacity for self doubt, even if the foundations for the scary bogeyman Powell would later become are only here hinted at . He is given good cast support from Peter Wicks, Helen Reuben and Piers Hunt.

Powell often referred to this love affair as the turning point in his life. But the question still remains, how and why? Alexander Shenton gives us a good character study but it feels, in what is a likeable production carefully directed by Antonio Ferrera, only half a play. How much did this unrequited love affair cause or contribute to any of Powell’s later ressentiment? We still don’t know and wonder. Perhaps the more interesting question would be how he might have turned out married to Barbara Kennedy. Might she have softened his tyranny? Would Britain be any different today? We will never know.