‘You can kill a man. Or, you can bless him.’ Athol Fugard 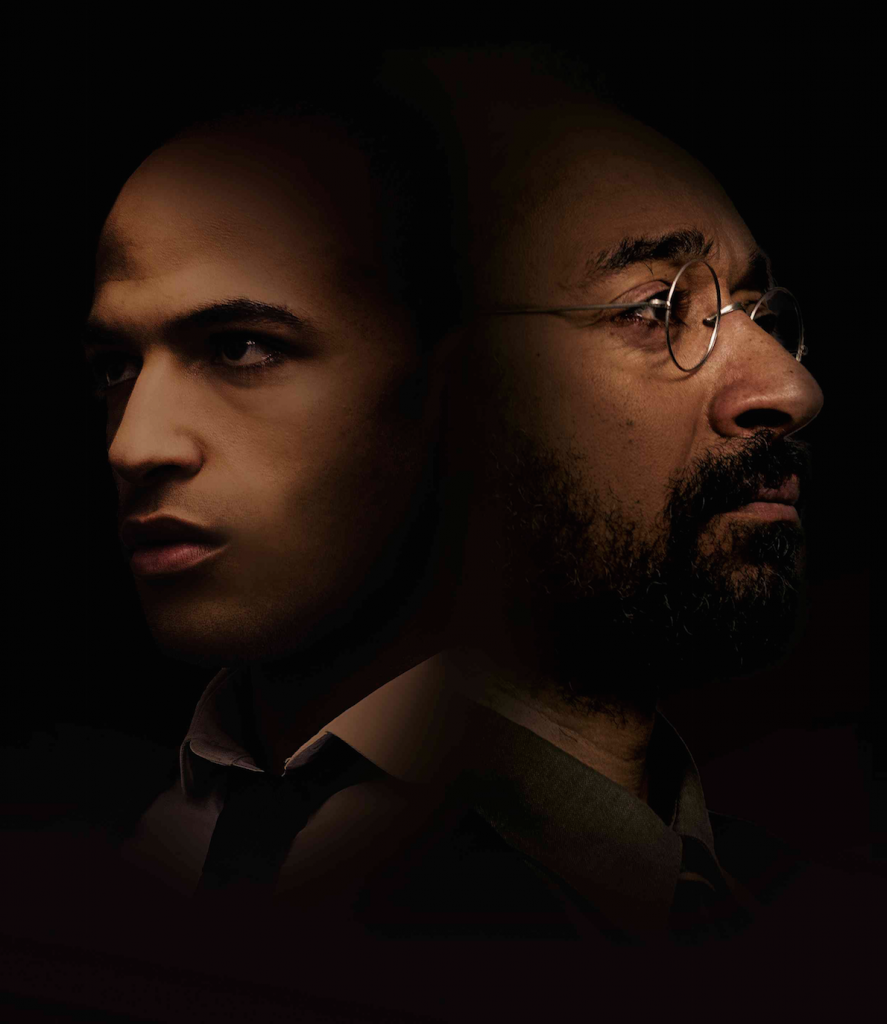 My Children! My Africa! is the first Fugard play you’ve directed……?

It is the first Fugard play I’ve directed, though I hope to direct (and produce) many more. I’m particularly fond of “Master Harold”… and the Boys, which I always say is the play that got me seriously interested in theatre. There’s a passage in Stoppard’s The Real Thing which contrasts someone who thinks of himself as a writer and looks around for something to write about, and someone for whom the subject matter forces the act of writing. I tend to prefer plays in the latter camp, where someone is writing because they have something to say, not just because writing is what they do and they need a new idea. I would say Muswell Hill also fits into this category, though in some ways Torben comes at it from the opposite angle, writing about the superficiality and decadence of those who live comfortable lives while paying lip service to a human tragedy on the other side of the world.

It premiered in 1989 while South Africa was still under Apartheid… is it a history play?

Recent events at the University of Cape Town, where students protested about the statues of the “imperialist and white supremacist” Cecil Rhodes that still dominate their campus, show that the play is as relevant to modern South Africa as to 1985 when it’s set. Apartheid may have ended, but neither the economic disparity it created, nor the power structures it put in place, have disappeared overnight.
In any case, the play transcends the specific circumstances in which it was written – ultimately it’s about human beings and how they relate to each other and the situation in which they find themselves. The play is relevant wherever people find themselves underdogs in their own land, and two generations clash about the right way to fight back.

Even though it is presented as a debate between two high school students, one white and one black, it is not polemical is it…?

The real argument of the play is not between the white schoolgirl, Isabel, and the black schoolboy, Thami, we see taking part in a formal debate at the start, but between Thami and Mr M, his teacher. Mr M thinks cross-cultural projects like this “across the colour line” will lead to a greater understanding between the two communities and ultimately to progress, whereas Thami is tired of what he sees as empty gestures that change nothing.

But Fugard is far too good a writer to have one character simply represent his own opinion and the other an opinion he’s trying to knock down – he clearly has sympathy with both characters and makes them both human. And as always with tragedy, there’s a terrible sense of “if only” – that the tragedy could have been averted if only two people could have put aside their differences and seen each other’s humanity clearly.

Fugard always says he is not just interested in racial guilt but also the guilt one feels because one sees another suffering and how that can be victimised. He also said that how one person treats another ‘remains the most critical fact in history’..

It seems significant that the character Isabel was originally played by Fugard’s daughter Lise, and in some ways she is reminiscent of the way Fugard showed us himself as a teenager in Master Harold. Guilt isn’t quite the right word for Isabel – she no more set up the apartheid system than did Thami or Mr M – but she does have unearned privilege that until now she hasn’t been aware of. In the few weeks of the play, she grows from a girl talking excitedly about what she had for breakfast, not questioning why her family has a black maid to make it for her, to a conscious adult. Fugard is quite explicit that both Thami’s and her life are in danger of being wasted – Thami’s by the inferior “Bantu” education which is all the system allows him, Isabel’s by living all her life in a bubble, not seeing anything beyond what she calls her “safe, comfortable white world”.

Some of Fugard’s other work, his collaboration on Sizwe Banzi is Dead for instance, is quite humorous and absurdist whilst dealing with dark undertones and subject matter… what is your and Deborah Edgington’s approach, with the actors and other creatives, to the aesthetic here?

This play is in the main naturalistic, aside from the occasional direct address to audience. It takes place in a number of different locations, and without giving too much away, designer Nancy Surman has come up with an ingenious set that allows us to indicate the various settings whilst at the same time serving as a metaphor for the play as a whole. Lighting and sound will also play a strong role in this production – for the first time, Two Sheds has employed a professional sound designer, Erin Witton, to provide more than just the musical introduction to each scene that we had for, say, Muswell Hill.

As for the script itself, whilst I wouldn’t say there was a great deal of humour in it, there is certainly absurdism and a brilliant use of light and shade in the way the details of everyday life are suddenly overwhelmed by the insanity of the political system under which the characters live.

My Children! My Africa! …

Mr M says this towards the end of the play and sees both Thami and Isabel as his children – as mentioned earlier, he is appalled by the thought that either of them will live wasted lives. But he speaks the title of the play in a rather surprising passage where he references a baby dying in the (then) recent famine in Ethiopia, an African country with the rare distinction of never having been colonised. On one level, of course, Mr M is simply appalled by the senseless waste of life, but on another, it seems as if Fugard is warning us that ending apartheid won’t be the end of the struggle – another reason the play remains so relevant today.

Athol Fugard said his reason for writing was the convergence of two things- a convergence between an external and an internal event. What’s your reason for directing?

I think there can only ever be one reason for directing a play – that you think it’s something incredible that people should see. I wouldn’t know how to direct a play I didn’t believe in. As for why I direct at all, I find it a hugely enjoyable process to surround myself with highly talented people and explore a great dramatic work like this.

If you could talk to him what would you ask him?

I haven’t been in contact with Fugard, and in general I think good writing is sufficient in itself – you shouldn’t need to call up the author and ask what s/he meant by something or other. Where there is room for doubt, it’s important that you come to some conclusion about what it means, but perhaps it’s not so important that this be what the author thinks it means. You’re doing the author a disservice if you simply realise his/her idea of their own work.

It’s not been on for 25 years in London…

Perhaps as you say, it’s simply the wrongheaded idea that the play’s about apartheid, and that’s over with now… Perhaps it’s also a little to do with whose stories are being told. One of my favourite scenes in the play has Isabel and Thami testing each other on their knowledge of “the lake poets”, without any acknowledgement of the fact that the lake in question is thousands of miles away, and that the art of Thami’s own Xhosa culture is being entirely ignored in his (and of course Isabel’s) education.

Theatre’s all about collaboration. You regularly co-direct with Deborah Edgington…?

On one level, it’s simply that she’s a very nice person to work with, which is no small matter when you’re going to be with the same person in a rehearsal room for weeks on end… But the more we’ve worked together, the more I’ve come to see the way we complement each other. We’ll mostly agree on actors we audition and plays we see or read, but in the rehearsal room we tend to come up with different insights, approaching the play in different ways that hopefully reinforce each other.

I’m afraid there’s no way to disengage the two! Politics dictates what art is produced and who gets to see it. I strongly believe the only elitist art form is one most people can’t afford to buy tickets for.

My Children! My Africa! directed by Roger Mortimer and Deborah Edgington and produced by Two Sheds Theatre is on 28th April to 16th May. Venue: Tristan Bates Theatre: box office 020 7240 6283