theatre doing what it does best, empowering our communities

Little Stitches, all seamlessly directed by Alex Crampton,  are four plays about Female Genital Mutilation (FGM) where the cultural battlegrounds are girls’ bodies. FGM- a procedure which involves partial or total removal of the female external genitalia for initiation rites, religious purposes, health reasons or to enhance male sexual pleasure- is not just a global problem, over 60,000 girls are thought to be at risk in the UK, with 170,000 more living with its painful consequences. Come the long summer holidays and many girls are shipped off back to their countries to have the procedure carried out embedded deep within their own communities and away from prying eyes. 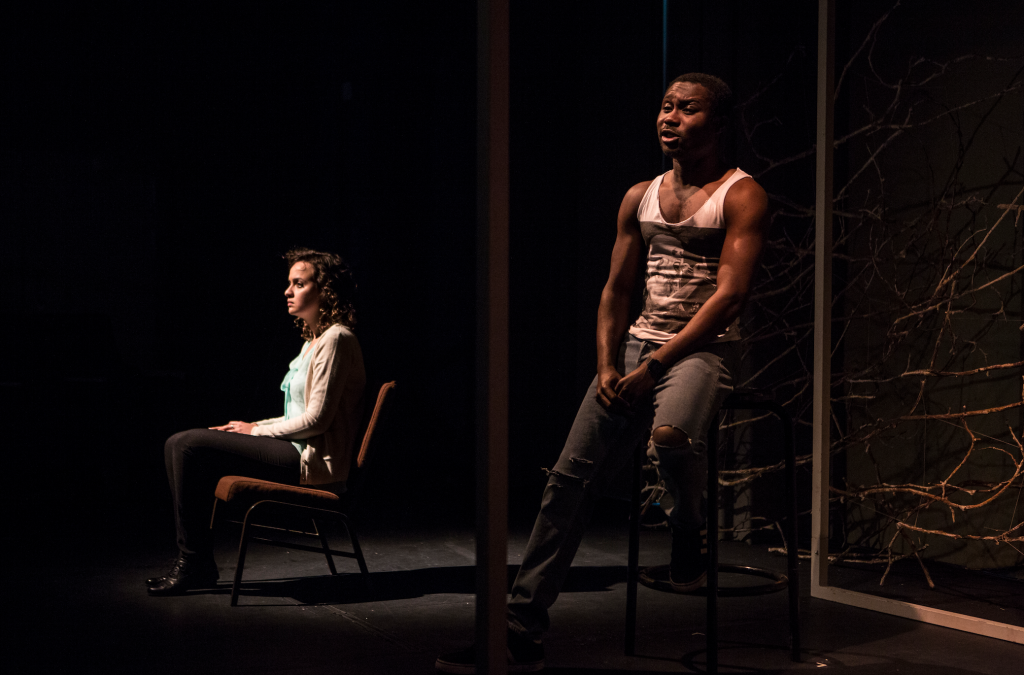 Now is the time for FGM to become an issue with a voice, only this February a Doctor was acquitted of committing the outlawed procedure at Whittington Hospital- he acted to save a young mother’s life to ensure she could give birth safely following type three FGM carried out on her in Somalia. Even though the Doctor did what he thought best, the case highlighted the lack of education in our medical institutions  and the Q&A after these plays emphasised that the issue in this country is still seen as an overseas crisis.

One of the problems surrounding the FGM debate is its sensitivity- in deeply traditional societies it is the women who are the ‘cutters’ and carry out the initiation rites. Sometimes it might be someone close to the child, a mother or an aunt. Although it is seen as an abuse of human rights, children are, not surprisingly, reluctant to inform on their families, still less are the authorities, especially in the UK,  enthusiastic to prosecute, fearing this will only force the practise underground. And there is an ignorance and a tendency to turn a blind eye if its effects face us head on. The first play, Sleight of Hand, by Isley Lynn, highlights this. In her piece we concentrate on 5 adults from various backgrounds, who ignore the little warning signs that something is amiss with Dounia, a small child living in the UK- an air stewardess whose life is so tainted by her own bitterness she has no time for anyone else, a teacher who only cares about her kids during term time, an ice cream seller who is twisted by his perceptions of what society might think of him,  a friendly postal worker, whose cheerfulness can’t turn into courage and cross the sacred cultural barriers erected by familial ties and a rubbish picker, who turns a blind eye when she finds a bloodied dress on the wrong side of the wall and decides to do nothing about it.

The trick of these pieces is to see them as little stitches in themselves, coming together to create a greater patchwork or tapestry of information. If you were in any doubt about what FGM is or does, the next play, Raul Quiros Molina’s verbatim piece Where Do I Start? explains it all, taking words from real life testimonies by health professionals and charity workers, and lastly, a survivor herself. I say survivor because sometimes girls just don’t recover from the painful procedure.  Dancing Feet by Bahar Brunton travels back to somewhere in Africa and shows us just this- a tribal community where one woman at least, is relatively unconcerned when a girl dies on her- her ability to empathise or show compassion is massively tempered by her cultural upbringing. What is quite obvious in this play, is that the practise is dominated and organised by women. Although the Q&A highlighted that often men are unaware of the practise (presumably  in the less educated communities) this play gave a sense that the male character, a figure who just stumbles in on the cutting area, was disgusted with the women, both the cutters and the cut. We were left in no doubt that while the women may be acting for the good of the girls, the feigned ignorance by some men could just be a smokescreen for deeper power struggles hard at work . The dead girl here was displayed like a slab of meat.

The last play Mutant, by Karis E Halsall, reinforces this struggle for girls to have advocacy over their own bodies. Safa is 14 and carefree at the end of the summer term. But when she arrives home and finds her living room full of female relatives and a woman she does not know, all that ends. Perhaps the most complex of the four plays, the piece switches back and forwards in time and we meet a Doctor who struggles with his own moral conflict when he reverses the FGM procedure on grown up  Safa to help her give birth. In the Q&A afterwards, the predicament was referred to as the Yale Experiment, and formed a significant part of actor Jude Owusu’s research. Nadi Kemp-Sayfi as Safa was electrifying, and showed us the predicament of a teenager who loves her mother yet cannot justify or understand what that mother has allowed to happen to her. The tyranny of families is  a continual prop for the whole FGM system.

This theme- that the mothers do it to their girls because they love them, is important. It has resonance with a documentary film at last year’s Kurdish film festival, where the practise of beating children with hard wooden or heated spoons was exposed and a move was made to try and reeducate parents about the psychological problems such actions later cause. The idea is not to blame but to understand and then discuss practises that some people don’t realise cause considerable damage and are an abuse of human rights.

Little Stitches is an attempt to inform, in some cases reeducate and therefore empower. The production is also an example of the power of theatre and how it can ‘open doors’ for discussions in communities that are very private. All the partnering companies involved, Time Won’t Wait, Plan UK and Forward UK, with its passionate cast of  five,  are dedicated to taking the pieces on tour to UK communities and medical institutions largely affected by FGM. It is an example, judging by the post show Q&A I attended last night, of how art can open up conversations. It’s a start, as one audience member said. The question is, where does it go from here? Hopefully to get its message across to those who really need to hear it.

Little Stitches is on at Clapham Omnibus tonight only