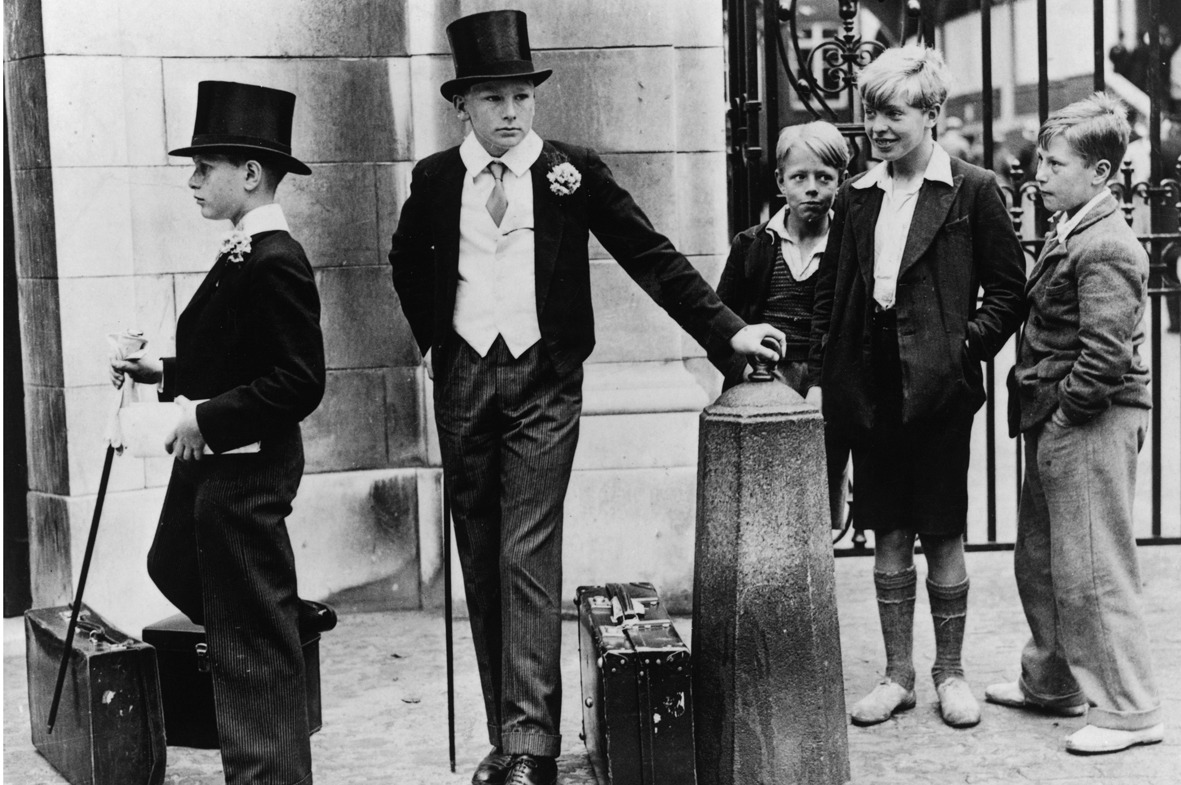 Getting on the bus to my office I pass one of London’s newer and more shiny venues. As someone who aspires to one day run my own venue, I am always curious how they are set up and funded. Sadly, in the case of the venue in question, the answer is depressingly familiar – it was paid for by the dad of the artistic director, who rather conveniently happens to be a property developer. But as depressing as this is, it is a horrifically familiar story – I can name at least three huge festivals and absolutely countless productions the same could be said of. I’m sure everyone’s first instinct is to start shouting at the iniquity of it all. And I certainly, on occasion, want to. But in calmer moments I think the recent ‘posh bashing’ approach to this inequality is potentially missing the point. For a start, just because you’re given an opportunity, it doesn’t automatically mean you’ll be successful. Success needs both opportunity and talent and we shouldn’t deny the talent of people who make the most of the opportunities they have, just because at the moment those opportunities aren’t open to everyone. It is after all no more their fault they have families with enough money to support them, than it is the fault of anyone else that they don’t. I am as guilty as anyone of having opportunities not open to everyone – and just because my father wasn’t rich enough to build me a venue doesn’t mean that my success wasn’t the result of the opportunities my background gave me.

But I think there is something deeper and more interesting here. The performing arts don’t make money to survive commercially. They have always needed patronage. The very word patronage comes from the latin root pater meaning father. From the very beginning, the arts have been paid for by patrons and they are essential for the continuation of the arts. It turns out the arts have always needed a rich daddy. The problem we have today is that we became used to the idea of the state as the fair and egalitarian patron of the arts. Not everyone can have a rich father or supporter, so when the Arts Council was created the state promised to step in as the rich patron of all artists irrespective of their family background. But with the collapse of state support for the arts over the last 10 years, that model of equality has been eroded. There is no use in pointing the finger of blame at the people who are lucky enough to have family who supports them (we might question the society that has allowed that level of inequality to exist) but we can’t blame them individually for that – that’s nothing more than the politics of ressentiment. Would we ever want to live in a society where parents didn’t want to use the resources available to them to support and nurture their child’s dreams? But in the absence of adequate support for those people without wealthy families we’ll end up with a horrifically distorted creative culture.

So what can be done about it? The main call from politicians has been to the larger publicly funded organisations to make sure they’re offering equal opportunities to people of all backgrounds. Which is fine – but ultimately futile. Why? Because the way that careers begin for the vast majority of people in the arts isn’t with large national portfolio organisations (NPO). You work first through fringe productions and small scale theatre and tours and gradually work your way up. It’s this first rung of the ladder, where there is the least state support, which is the barrier to most people entering the industry. It’s all very well telling NPOs to offer equal opportunities to people of every background – but if the only way to get enough experience in order to be considered by the NPO in the first place is to do 5 years of unpaid work at the bottom end of the industry it’s neither here nor there. The only people who’ll be left to be considered will be privileged.

I remember when I first left university and struck out as a theatre director. We went to the Arts Council to get funding for our first show. The feedback we got was simple – we can’t give you money until you’ve proved yourself. How do we prove ourselves as a young company? By putting on the kind of show we were asking for funding for. It doesn’t take a genius to spot the catch 22 there. Fortunately we’re all from a suitably privileged backgrounds that we could crowd source the funding to scrape together our basic costs (no wages obviously – we’re weren’t that privileged) – and we put on the show. And then we had to do that twice more before we’d finally proved ourselves and got our first successful ACE grant. The only way it was possible was through crowd funding – and that is only possible if your friends and family have the money and inclination to support you. It is an almost guaranteed method of favouring the privileged.

What we need is a massive increase in government support – even before the cuts of the last four years we offered around half the level of arts funding per head of population compared to both France and Germany – (in 2004 it was £33 per head of population in England compared to £63 in France and £66 in Germany) any government serious about tackling inclusion in the arts would need to at least match German and French funding levels – which would involve a commitment to at least double the current arts budget. They would then need to make sure that the new support all went to small and mid scale companies and the fringe – rather than to the big national portfolio organisations. That way we can support people of every background into the industry as they start to climb those precarious first rungs of the ladder. But what is clear is that having stepped back from its role of the fair and universal patron of the arts, it’s no use to any of us if the state starts complaining about the patrons that are left behind who still offer funding, albeit in an unegalitarian way. If you want it done properly you’ve got to do it yourself – we need the state to act as every artist’s rich patron.

The decision to start supporting small to mid scale work opens a wonderful opportunity to re-think how that support is given. We are the only country in Europe (apart from Italy) to have a national arts council. And by the pretty poor settlements we get for arts funding in England compared to countries without arts councils like Germany and France – it clearly isn’t as effective a model for leveraging funding as the alternatives. I think any future arts minister should seriously question whether that extra level of costly bureaucracy is actually necessary. Would a government department with direct control of a budget work more effectively to advocate against arts cuts? The ‘Yes Minister’ cliché of Whitehall mandarin would certainly suggest if it was their influence and jobs on the line rather than the influence and jobs at ACE, they would do a lot more to block the savaging cuts we’ve seen in the last few years. Alternatively devolving the arts budgets to local government could make a lot of sense in the context of increasing devolution and the federalisation of the UK. What’s fair to say is after 30% arts cuts in the last four years, whatever ACE is currently doing to advocate for the arts is singularly and spectacularly failing.

Leaving aside which body is distributing the cash, I also think we can do a lot to improve the process for apply for it. The current system is laughable. I’ve written about the stupidity of tour funding here. And how exclusionary the insistence on form filling is here. Not to mention the ridiculous catch-22 we’re currently in where ACE insist on a huge weight of admin and reporting in order for you to prove you spent their money on artists rather than on admin and reporting. If you want people to be accountable and make sure your money is spent on good work rather than admin you need to turn up to see the work yourself, rather than making the companies hire administrators to write reports about it.

So how would I suggest we distribute new funding to small and mid scale companies? Here are just some alternative options that occur to me. First we could take a leaf from the French book and introduce an artists’ basic wage – a government benefit paid to all artists to give them a basic living wage. This has the advantage of cutting out countless hours of expensive bureaucracy associated with funding grants and assessments. It would be simple to administer and simple to deliver – and wouldn’t rely on individual artists’ ability to play the game of funding applications and networking. You could set a simple criteria such as being involved in X number of public performances a year – or holding x number of exhibitions and then you would be eligible. Another model would be to fund fringe venues – one of the main reasons that no one gets paid on the fringe is because venue fees are so high they eat any and all potential show budget. If the government could offer a basic guarantee against box office for all public performances at chosen venues this would give fringe companies the financial security to offer wages rather than profit share, it would be easy enough to make the guarantee dependent on everyone involved in the production being on at least minimum wage contracts. It would also be easy enough to split the payment to give both company and venue a basic guarantee to cover their costs – giving both of them the security they’d need to actually pay people. And making it a guarantee against box office, rather than a straight subsidy, you could also build in provision that profitable shows would pay it back to be used to support future work. This would also mean that if shows makes more than the guarantee, both venue and visiting company could still make a profit – giving both the incentive to still maximise audience.

One thing seems clear for the time being though. If the only way to get support through the early years of your career is through family and crowd sourcing from other private sources, the arts will increasingly turn into the exclusive domain of the privileged.