Review of: The Man Who

All three actors are hypnotic. What we learn here is not to judge but to question. And be in awe.

Visual agnosia. Proprioceptive loss. Autism. Gilles de la Tourette Syndrome. Just some of the neuropsychological and neuropsychiatric problems faced by patients in Peter Brook and Marie-Hélène Estienne’s stage version of Oliver Sacks’ book The Man Who Mistook His Wife For A Hat- a series of case studies of the neurologically ‘impaired’. 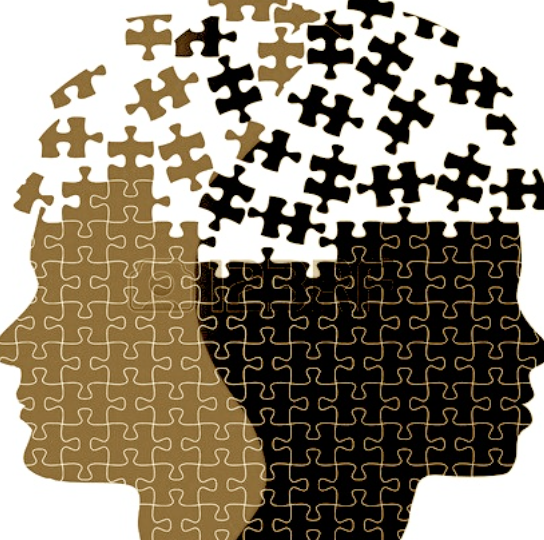 In Sleight of Hand’s 75 minute version there is a tendency to understate each person’s particular problem; on a sparse stage where the three performers, who all alternate between patient and doctor, use mime as a way of further dislocating the audience’s experience, in effect trying to mimic the patients’ frustrations, we happily feel we are in a science lab rather than a freak show, that a rather long telescope is being used to probe those less understood malfunctions of the brain which means that those who have them, are more the extraordinary rather than ordinary in their perceptions of the world around them.

Included in the exploratory vignettes related only by themes and a doctor trying to understand a patient’s condition, is an Autistic Boy whose life is lived through numbers played by Jake W. Francis. The patient to whom the name of the piece is given- the man who mistook his wife for a hat- who has visual agnosia (Danny Solomon). The woman who has lost all feeling in her body and can only move or walk by executing movements under her visual control. The next day however, all memory of this is lost, she has to retrain her eye to do it all again (Holly Piper). All three actors are hypnotic, all three give a sense of what is lost but also what is gained- we are never asked, as the audience, to feel sorry but rather to admire, to wonder at the difference in realities experienced by another. Only occasionally do we get the sense that the patients have realisations of their conditions- when the man who reads Gray’s Elegy has his narration played back to him and realises that what he was speaking was utter nonsense. Director Ellie Chadwick cleverly puts us in his shoes by allowing the audience to hear it as he initially heard his own voice- as making sense. But when the epiphany strikes, we are not encouraged to feel total powerlessness over his condition, there is also a sort of acceptance and restraint but also exultation taken in the man’s pronounced gobbledigook. Only once, do we see a character break down and be angry, when Danny Solomon, as the man experiencing Tourettes, shouts out ‘people don’t want to know us but we are in fashion’.

The chasm, defined by the brain’s experience of what is right and real to the majority, is always upheld between doctor and patient, but lessened by the constant switching of roles between actors. At anytime, one feels, doctor could be afflicted with ‘abnormality’ whilst patient could be similarly affected by a dose of normality.

Although one feels that the decision to mime objects, though intended to help an audience understand and experience some of the frustration some of the patients may feel,  might actually obscure the more purer purposes of some of the vignettes, Sleight of Hand create a pure world which fascinates and exhilarates, keeping true to Peter Brook and Marie-Hélène Estienne’s original intention. And helps, probably through Sleight of Hand’s in depth work with Stroke Survivors Support Groups,  build exquisite connections between audience, patient and doctor, rather than demonising or excommunicating.

One leaves with the feeling that, what ever a person’s individual cognitive abilities, the mind will always create a reality that it feels the soul can deal with, especially if that reality is not being provided for elsewhere- namely in real life. Sometimes the brain has no choice, as if it constantly operates in survival mode. Sometimes it is the difference between reality and fantasy. What we learn here, importantly, is not to judge but question. And be in awe.

The Man Who continues at Tristan Bates Theatre until 28th March.