Heads’ is a production written by, directed by and starring students in Years 11 and 12 of City of London School. Since last July, we’ve been writing and rewriting the script, rehearsing tirelessly and getting ready for our preview performances – all in preparation for the Edinburgh Fringe in August. This is a totally new experience for all of us, and we’re so excited that we’re going to be part of such an amazing Arts Festival! 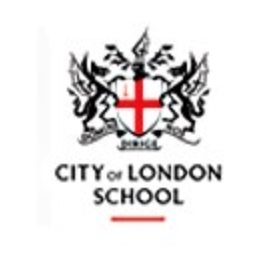 The play follows Andrew and Cordelia, two high achieving students, who have recently been elected as Head Boy and Head Girl of their affluent public school. While looking for a story with which to enter a prestigious journalism competition, they uncover a student-teacher relationship that they’re sure will get them first prize. Their naivety and incompetence soon becomes obvious, and their ruthlessly aspirational nature begins pushing to the surface.

We really hope all our hard work pays off, and that audiences enjoy the over-the-top characters and cutting satire we feel our play presents.

Andrew and Cordelia, two high achieving students, have recently been elected as Head Boy and Head Girl of their affluent public school. While looking for a story with which to enter a prestigious journalism competition, they uncover a student-teacher relationship that they’re sure will get them first prize.
The pair quickly become embroiled in the scandal, and interrogate their way into the private life of Izzy, the girl involved. Prioritising her Oxbridge aspirations over the wellbeing of a girl she sees as trashy and irrelevant, Cordelia uses all of her wits to squeeze out the information she needs.
With their naïvety and incompetence increasingly obvious, and their ruthlessly aspirational nature pushing to the surface, Andrew and Cordelia’s operation quickly descends into a darkly comic farce.
Written by, directed by and starring students of the City of London School, Heads’ fast-paced satirical takedown of private education, the press, and the emergent culture of competition offers a fresh new voice on the student theatre scene.
Starring: Ruby Ashbourne-Serkis, Tom Mackie and Anoushka Kohli
Written and Directed by: Leo Reich and Adam Husain
PREVIEWS:
Wed 18th March 4:30PM/7:00PM
Duration 50 mins
City of London School

London EC4V 3AL
Heads will be transferring to the Edinburgh Fringe from 17th-22nd August at theSpace @ Surgeons Hall, at 4:00PM.

For additional information and ticket reservations, please contact us:
Tel:  020 7489 4749