Recently I was moaning to a director about London’s theatre. Not that I know a lot. I’ve hardly been blogging a year, whilst many of those whose reviews I read or whose work I watch, have being doing it for most their lives, have a degree in it, write it, produce it and even direct themselves , etc. I didn’t even study theatre for goodness sake.

But this did not stop me moaning to my friend, rather arrogantly, about how insular I thought current London theatre is.

I get to see a lot these days. Not as much as paid 1st stringers or even 2nds or 3rds, but I am averaging around 4 shows a week sometimes- and it is a mix, from the off west end to children’s theatre to the just about ‘off fringe’. But a common trend in- I would say- 80% of shows I see- is a lack of desire to mess around with form, to use the metaphorical possibilities of the play and theatre to transport the audience from their own every day lives in order to reveal hidden truths and entertain. Which brought me and my friend onto our current pet hate- that so much London theatre seems so political these days. So topical. So grounded in social realism and trend setting, and that- just well- we’re sick of it. We are both seeking a different way of expressing things, different ways of story telling- of getting to a more biblical allegorical sense of what theatre is, of how it can help us to be more communal, have more compassion and understanding…

But I realised that I have been getting myself a little confused.

Perhaps the real problem- for myself anyway, is not that I am sick of social political dramas that engage with what is happening now and will be, such as the Royal Court’s approaching work on the NHS ( I actually secretly like political plays)—but may be I am sick of the way in which many such plays are presented. The way in which we are asked to engage as an audience. And may be, dare I say it, in the lack of voices and an already converted audience. Everyone assumes that political theatre is left wing- and it is really- for where are the right wing plays? Or more importantly, where are the plays that ask us to engage and understand the opposing viewpoints as much as we are busy putting forward our own? The playwrights that sit on the fence and just present, and objectively?

Which brings me onto Banksters, a play I saw at the White Bear recently and whose director, Jeremy Stockwell, makes nearly the same point-  that there is no such thing as right wing theatre of course (or rather, we don’t really see it), but reflects that, as Dario Fo before him, that theatre can’t help be political in some form or another. And that the reason why we need to be more political now more than ever before, is because of the gagging law enforced in September 2014, limiting the voices of charities and opposing government groups and their funding abilities in the run up to the election, and because we face- do we really, will this really happen?- a ‘hellish prospect of a UKIP/Tory coalition in the next few months’. And everyone- artists – must do what they can to make noise, wake people up, anything except be passive. 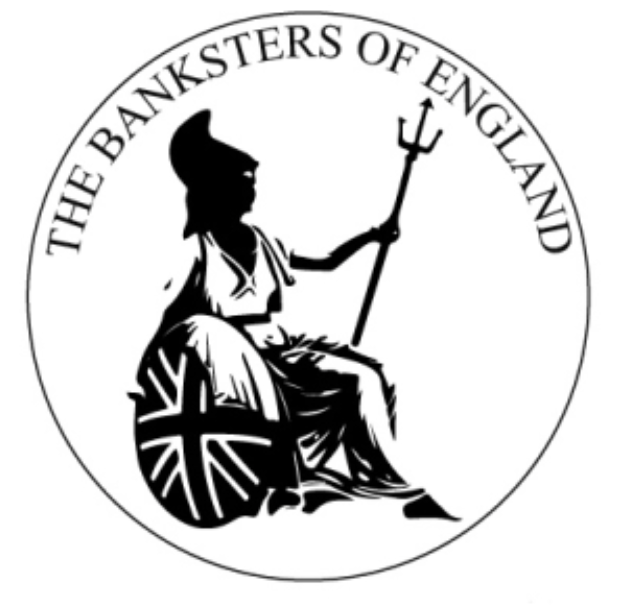 But then there is a difference, and even I can see with my limited knowledge, between real political theatre- theatre that is Marxist, or takes on a Marxist Aesthetic such as Brecht for instance or Epic theatre, which aims to present multifarious view points- and the kind of theatre that just presents it from one side of the spectrum, which makes for boring theatre and is dangerous because of this. Sometimes the playwright disables himself by thinking he has to present characters that he finds abhorrent as sympathetic, because then the sympathy itself becomes cliched, so overt and so dishonest. And the way in which these plays are mostly presented- the form- bears no relation to the content- as if the two are warring factions. Walking the Tightrope was a recent welcome digression from this.

Which is why Banksters at the White Bear seems such a breath of fresh air. Playwrights Bill Jefferies and David Lemberg, along with director Jeremy Stockwell, thought about structure and how its use and its playing out on stage, could bring context to the content of the drama about Jason, a trader who, whilst striving to protect his payoff, is to be used as a scapegoat for the financial melt down. His bosses, on the war path MP Sir Andrew, sent in by Gordon Brown, Sir David and Sir George, CEO of Jason’s company, sit in the audience as if spectators at a sport as they watch Jason’s own melt down over the bonus scheme and rants about how ‘Mrs T got it right about the trade unions’ as outside his office, anti capitalist demonstrators and underpaid nurses protest on Cheapside. They watch his antics as if watching a play or a party political broadcast (see Theatre: The Nation’s Debating Chamber) as if they are the Gods of “as flies to wanton boys are we to the Gods” before stepping in to enact their own drama, engage Jason as the perpetuator of the Libor Fixing(which probably began whilst he was still in nappies) thus bringing about his very real downfall and providing the public with a face for the financial crisis. But there is no one in the audience watching these cruel pranksters except us the audience. The point the creative team are making I suppose.

And, as abhorrent and as governed by primal forces all the characters seem to be, there are moments where sanity prevails, where Jason especially, whose demise is carefully plotted by the self interested schemers above him who care only about protecting their own bollocks, has moments of clarity-  he halts for a moment over the referred to death of a newspaper man set upon by the police during the protests outside- he is thirsty for justice when he learns that co-worker Mandy, a punch bag for all his misogyny, has been raped by boss Sir George. But we are in the world of The Wolf of Wall Street and because of greed, and such primal forces being engaged and not overcome, he quickly reverts to protecting himself and surviving at all costs- all moral costs.

Where the play wins for me is in its ability to show how manipulative and manipulated people in power will become, especially if there is no prevailing force to show them otherwise. And yet how they are also victims we can feel sorry for. Victims of their own blind ideals, which after all, they did not invent all by themselves.  It is simplistic but it is true, even if the effects are hidden in complicated immoral financial transactions. It is successful in showing how a refusal to engage with the imagination- Jason’s quick dismissing of the newspaperman and his fate for example, or trying to use Mandy’s rape to vindicate himself- can lead to such dehumanising unconscious behaviour which just ripples out and draws everyone in. And how the effects of Libor, that were passed down onto those who could least afford it for years, can be so outrageously ignored by those responsible, whose only motivation is money- ‘money means everything.’ As was Brecht’s belief, there is no point in trying to change someone like Jason though, whose desire is used against him. The only thing that can be done is to change society from the bottom up, not the top down, and this is a lasting hidden message in the play.

Whilst also changing my mind about the possibilities of Political Theatre.