In December last year Sir Peter Bazelgette wrote in the Guardian about how the arts can help our Health Services by  preventing or ameliorating illnesses by finding new ways to promote well being. He’s talking about Dance Classes for those who want and need to get fit, dance classes for the disabled, singing classes for those with respiratory problems etc. There are negative voices, pointing to the inevitable charge of a ‘nannying’ culture but he points out that arts as therapy isn’t such a new idea- what is new is that arts organisations and individuals are now working increasingly more with health organisations to deploy therapeutic remedies.

I couldn’t help thinking about this as I was watching Stand and Deliver! a Highwayman Comedy Musical, written by Wayne Gumble and directed by Ella Marchment,  and now on for a run at the Kings Head through February and March. A year ago the writer and producer underwent intensive brain surgery to help him regain movement after Parkinson’s left him almost immobile, and post diagnosis he spent two years writing the musical. A short conversation with him confirmed that he found the experience therapeutic, and the show has even been quoted as being ‘the only show endorsed by neuro surgeons’. This felt similar to me like the schemes run in other parts of the country- Museums on Prescription, Books on Prescription. Is there such a scheme as theatre on prescription? If not, why not? 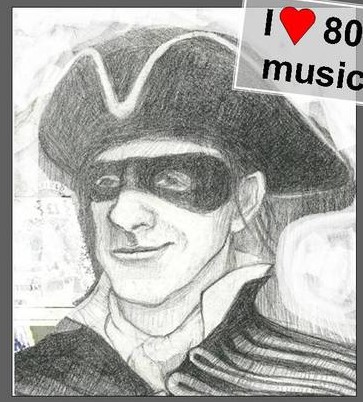 If there were, then Wayne Gumble’s Stand and Deliver! should definitely be on the list. It features Frank Goldenboy (Alex Murphy) who, after taking a bang on the head, stumbles on his favorite football club’s fanzine which happens to be a time machine. With his right hand man Fenton (Adam Scott Pringle) Frank fulfills his dream of becoming a Highway Man in the 1770s, accompanied by his family and an assortment of other characters including TV football pundits Ulrika Pearce (Sara Lynam) and her  side-kick Mmbop Hansen (Joey Bartram) and meets his hero Boscombe Chart. There’s also corrupt property developer Penny Flats (Laura Coutts) who speaks in rhyming couplets and singing referee Clive Urinal/Renato (Charles Timson). Frank’s odd children and football mad Paris (Robyn Howe) and Antwerp (Rob Peacock) complete the picture as, in a parallel plot, they try to rescue their favorite football team- Oakwood F.C- falling into the wrong hands , all set against music by 1980s bands, with a script that seems like it has just walked out of a Carry On film.  And the show carries on the films’ tradition of bawdy humour, saucy seaside postcards and music hall fashion- it is also a big parody 1980s music- Tears for Fears, Go West and Adam and the Ants- its remit leaves no stone unturned – various cultural foibles are sent up from Robin Hood to Scottish Highland Spring Water.

And whilst I can’t pretend to understand some of the references- I am a little too young to remember some of the 1980s- there were plenty around me who could and did.

Which struck me that this show definitely has a life and an audience demographic out there. It is low budget, had everyone laughing, why should it not go on tour and be a show on prescription? It is a sing a long and encourages lots of audience participation after all.

Stand and Deliver! is at the Kings Head until 15th March