Review of: Kiss of the Earth

Within the hostile, threatening and violent atmosphere, a stoning would not be out of place

Stravinsky’s the Rite of Spring is traditionally a ballet work although it is also performed many times as a concert piece. However, its experiments in tonality, metre, rhythm and dissonance are meant to accompany specific characters and action- traditionally the story of a young Russian girl who dances to her death as a sacrifice to spring. In Kiss of the Earth though, a physical theatre performance, directors An- Ting Chang and Russell Bender, choose Romeo and Juliet as their structural narrative, in a bid to explore the common themes of ‘sacrifice’-‘interwoven into the hostile atmosphere, articulated by the violent, dissonant and rapid harmony and rhythm.’ 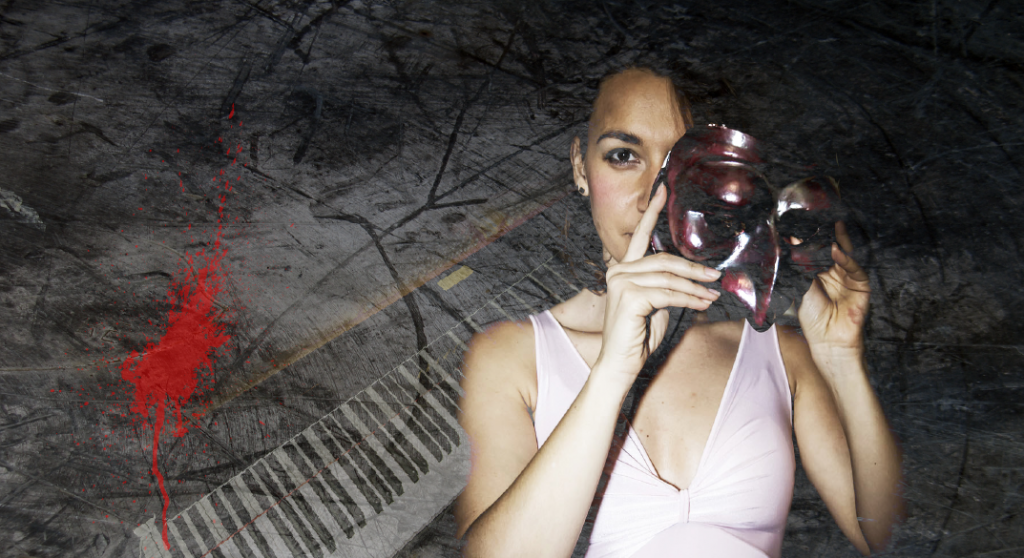 One half of the directing duo, Russell Bender, is Lecoq trained, as are some of the troupe and it shows in the sheer muscularity of the physical performance, which, whilst aiming to tell the story through movement which has its iconography based in Commedia dell’arte, attempts to contrast and conflict with the dynamic phrasing of Stravinsky’s work, played here as the composer’s version for piano for four hands.

At times the two pianists, An-Ting Chang and Belle Chen, performing on a platform vigorously swung around by the 5 cast members, pause in their playing and interact as if some voiceless narrator or spiritual conscience to the narrative events. Alex Lehman, as Friar Laurence/ Benvolio, conducts the pianists and the cast as if he is not just a peacemaker, but also as the ‘other’ the composer, or as a Mephistophelean demon, whose evil or goodness we can’t quite gauge. All of it adds a sense of unpredictability to a story we know so well, enacted by a highly trained and disciplined group.

But the show’s ability to fuse the narrative with the mix of physical play acting and piano accompaniment gets lost somewhere in translation- quite how the different dramatic elements, with the piano as a narrative voice and Benvolio leading, are meant to work together, is hard to understand, in a performance that still feels largely improvised- although this is probably rooted in the influences of Commedia dell’arte . It is also possible to feel alone in a piece where it seems the performances are directed largely inward, as if the actors are enacting a ritual and where the audience are merely ‘peeping’ through the curtains at something they should not see- this conflicts with the show’s  sometimes absurd carnival atmosphere and with the emotionality both Ben Hadley as Romeo and Dorie Kinear as Juliet, try to portray through movement.

But it is rescued by its own theatrical elaborateness. It has an emotional language of its own, even if it that language seems at times impenetrable. And in a world where we are continual witnesses to the incomprehensible evils enacted against those who are different, the piece reminds us of the potencies of ‘ancient grudges’ and enmities founded on historical prejudices and discriminations. Within the hostile, threatening and violent atmosphere the company manage to successfully create, a stoning would not be out of place- it takes a trip into almost classical antiquity in order for us to look back at our modern world through its rather similar lens of death and destruction .