Review of: A First Class Death

Dying matters. Yet according to a NatCen report in 2013, whilst the large majority of us in the UK are willing to talk about it, significantly less- 11% two years ago- have actually made any funeral plans, let alone made a will. Why is this? Those over 65 make up a nearly 1/5th of our population and over 3 million of us are over 80- set to triple by 2050. Could cost be an issue? Dying is an expensive business- and, in today’s virtual world, it brings with it other unexpected moral choices. Just plain fear then? Possibly all of these, as interactive experiments run by Baseless Fabric in their promenade A First Class Death, cleverly expose. 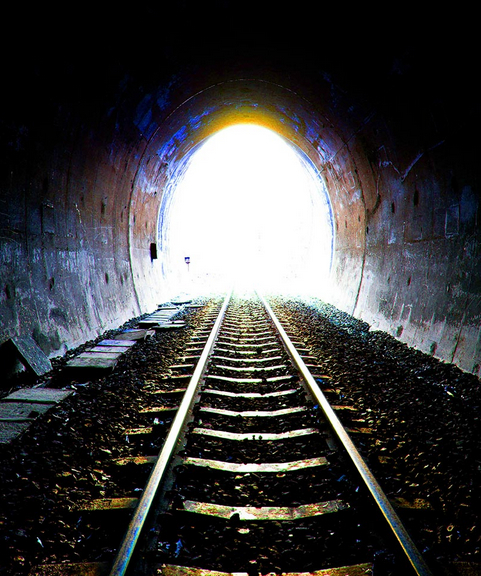 But what we are also made aware of, in this environmental theatre piece taking place half in Lower Marsh Road around the remains of London’s Necropolis Railway, whose repository was housed in the Vaults, is the literal business that death is. Who can afford the funeral afterwards, let alone think about it? Who can afford not to?

And what is the relationship between the two halves of this production, where 20 minutes is spent on a historical and informed tour around Waterloo, before being herded, cattle like, into the Cavern space where we are confronted by a fictitious funeral sales team, who enthusiastically take us through audience interactive  intricacies of a 2015 ceremony, with all the zeal of leaders at a US survivalist convention?

Basic Fabric and director Joanna Turner’s choice of how to crowd control gives us the answer. Because we may see that although the herd mentality and being courted by fictitious salespersons encourages a lack of individuality, or, the upside, maintains equality, the finer choices to be made about the intricacies of one’s funeral will always be decided by cultural expectations and money. And as in life, so in death, everyone is scrabbling around for an adequate space at the table- in this case exhibits where we are in effect, being sold how to plan our funerals.

But the piece is not as gloomy as all this. It is made fun through its ritualistic structure and dramatic architecture and the process of death and thinking about funerals becomes a shared communal theatrical experience- the irony being that flesh is rubbing up against flesh in the Cavern’s hot space, eagerly contemplating that most [perhaps] cold of experiences, death, and the funeral afterwards.

Narrative interlinking with a factual piece by Jason Hall, gives the overall experience a personal touch and adds a sense of comedy that would not be out of place in a Dogma film. And the story arc comes to a surprising conclusion as audiences are asked to partake in a last celebratory event- the effects of which, and the gift you leave with it at the end, should make us think about being kinder to ourselves and to others.

Expertly using the communal and ritualistic devices of theatre to bring about honest discussions about death and funerals, A First Class Death runs until tomorrow 8th Feb at Vaults festival.