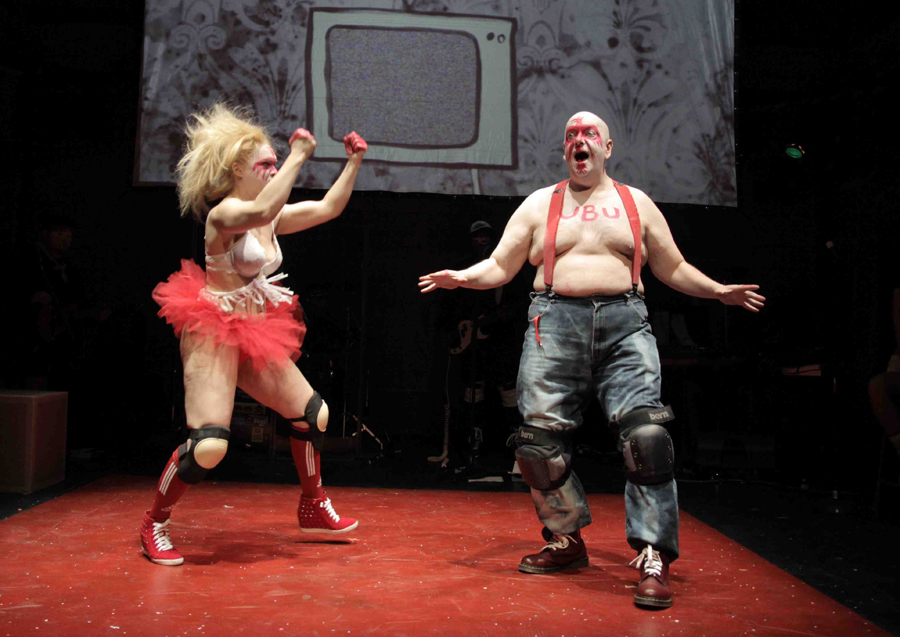 Greetings! It’s very cold. -12C to be precise. And snowing.

Luckily, there’s some very interesting theatre on in New York in January. The American Performing Arts Presenter conference is slap-bang in the middle of January and, as if by magic, three theatre and performance festivals have sprung up in the surrounding weeks (Under the Radar, COIL and the hilariously named American Realness). Conveniently, they showcase some of the best in new American and international work, just in case somebody from an influential London Theatre website might be in New York that week…

Ahem. In case you’re interested, here are some highlights from my bizarre, beautiful, and bloody cold few days in NYC.

One of the first shows I plumped for was the premiere of a new musical called Sorry Robot by American performer and musician Mike Iveson. It’s the classic humans-making-robots-more-human-whilst-surprisingly-becoming-robots-themselves storyline. The songs are hilarious – mostly sung by robots, they try to articulate their newfound feelings by using human expressions and similes – badly. As the show goes on the humans succumb to the earnest avant-pop music and find themselves compelled to join in. Iveson’s lyric writing is sharp throughout and some of the “emotional simulation” scenes are genuinely hilarious.

Next up was Ancient Lives by an avant-garde company called Half-Straddle. In this piece, some disaffected high-school students follow their teacher into the woods, supposedly for elocution lessons. In the woods they meet a disaffected and strange teenager who runs his own TV station out of a tree. Falling somewhere between The Crucible (indeed, large sections of it are quoted throughout) and Twin Peaks, this show has teenage-style arch attitude by the bucketful, a keen sense of the absurd, and a badger playing the drums. Imagine Forced Entertainment trying to adapt the Brothers Grimm, and you’ll sort of get the idea.

Then came the icing on the cake: a production of Alfred Jarry’s infamous surrealist play Ubu Roi interspersed with live music – songs from the band who took their name from the play, Pere Ubu.

Somewhere in between all this I managed to eat my bodyweight in 99c pizza slices, develop a taste for bourbon, and accidentally end up in a production meeting for a Rastafarian puppet show.

It’s true what they say. It’s one hell of a town