Review of: Far Away

Layered and provocative theatre from the JMK Award Winner

All life’s a parade and so is war and death, if Kate Hewitt’s JMK Award production of Far Away, by Caryl Churchill, is anything to go by. I wasn’t around in London in 2000 or even theatre conscious to witness its inaugural production directed by Stephen Daldry at the Royal Court, but it seems that the two varying stylistic productions separated by 14 years of time and experience and the environment of a vastly different world are still driven by some of the play’s more forceful thematic concerns- corruption, fear and spectacle. 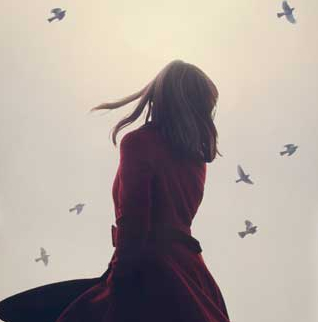 40 minutes long, the first scene of three begins in Harper’s kitchen (played by Tamzin Griffin and the kitchen here reimagined as a cat walk) as she tries to pacify her niece after she claims to have witnessed her uncle loading bloodied children into the back of a lorry. Harper easily wins over Joan (played on alternate nights by Emilia Jones and Sasha Willoughby) claiming the Uncle is on the side of the right (doesn’t everyone want to think that?) and that he is really helping people. What’s at stake here is not Joan’s culpability in something she can’t possibly understand at such a young age, but her need and childish desire for innocence. The brilliance of the set design here makes the audience also culpable in this childish act- the spectacle somehow makes us the audience, also want to believe in the Uncle’s innocence- for deep down, isn’t that a basic human desire and even right- to believe in the inherent goodness of others?

Action then transfers to 15 years later and a grown up Joan (Samantha Colley) who works in a factory designing hats with her co-worker Todd (Ariyon Bakare). They talk about corruption at the factory but mention the ‘trials at night’- we soon learn that Joan and Todd are as corrupt, even if unwittingly, as the factory- made explicit by the harrowing ‘parade’ scene itself, an image that burns on the memory and has been the talking point of this show.

For the third and final scene, we are some time later, Joan and Todd are married and Todd waits for her at Harper’s, the location of the first scene. As they wait and as Todd and Harper talk, it becomes increasingly clear that we are now in a full scale war where even the Ospreys are spies, the Cats have sided with the French and there is a bizarre debate about the allegiance of the deer. It is clear, at the play’s denouement, no one knows who to trust, bigotry and prejudice is directed even towards animals and we have a display of human nature at its worst when it fears everyone and everything.

The remarkability of this particular production is its clear synthesis of ideas. At its core is the literal event, the ‘parade’, where prisoners, kitted out in Todd and Joan’s hats, are publically paraded before being shot. In Kate Hewitt’s Far Away, the reimagining of this scene comes in the form of hats, hanging like meat from a hat rail suspended from the ceiling and moving through the Clare Studio. In other productions prisoners have previously taken human form. At first, I didn’t understand the idea. But a conversation with a friend helped start sparks flying- it can be seen that here the prisoners’ souls are already ‘up there’ dead and ‘Far Away’ (Far Away meaning that not only do we prefer to think that the worst corruption is removed that distance away from us therefore making us not responsible, but that also, these prisoners are also cut off from our consciousness as well)- the negation of their bodies, the validity of the no space that they would have occupied means that, as too often in real life, these people are already dead, are already inhuman to the characters and to us the audience. We are made complicit in their murder and the corruption, our ignorance, like that of the characters, has made it happen. But the bodiless hats can also represent those who have been executed and those who have yet to be… a sort of tribute to all those who will die this way.

In fact, the whole stage and Georgia Lowe’s design is meant to be a parade and all the characters exhibits. We the audience are reminded of our everyday complicity as we witness this spectacle on a catwalk. The play’s one positive message, is one of love. In a world where even animals and rivers are not trusted, Todd and Joan are at least bound to each other through this. Although this love seems to be of the exclusive kind and is in itself selfish, shutting out Harper and becoming possessive – ‘me, my’. But which hints at another deeper meaning to be found in Far Away- the issue of trust. The external wars, corruptions and complicity of others are only a reflection of the internal battles fought in us all and Caryl Churchill is merely holding up a mirror. If one cannot trust one’s own eyes (or does not want to or have the experience to) as Joan can’t at the beginning of the play, then we are in for a rocky ride- for the point is that outer corruptibility is sustained by inner doubt, although perhaps Churchill is also making the point that our deepest desire to believe in the innocence of others – and therefore ourselves- is that starting point for corruption. Our own innocence is to blame, if it is an innocence that renounces awareness- the innocence therefore, of a child.

Whilst writing about this play and since seeing it, I’ve being thinking about other plays or films that Kate Hewitt’s production reminds me of- the film Fahrenheit 451 by Truffaut, the film version of Margaret Attwood’s The Handmaid’s Tale in particular, and Mark Ravenhill’s Shoot, Get Treasure, Repeat. I don’t quite know yet how or in what way all these other works of art are relevant- at least not the minutiae detail of them- but in a way that does not matter. What matters is that Kate Hewitt and her creative team and dedicated actors have made something that provokes and seems to follow the truth of the play’s metaphorical meaning. And that’s what good theatre should always do.

Far Away continues at the Young Vic until 29th November