Review of: The Nether

Provocative and current, succumb to The Nethers temptations.

It is up to you how beautiful or how dark the world becomes.

In response to that provocative synopsis, I immediately tweeted, ‘#TheNether I want this world dark’ and wow, did I get what I deserved. Without spoiling a gripping tale of deceit, abuse and a truck-load of daddy issues, the play speaks volumes about human beings potential to imagine and corrupt. Essentially, The Nether is a social commentary towards our growing compulsion and dependence on being online. In the dialogue of the play it is expressed that this is just a higher form of the internet, although in reality so much more. To elevate the immersion, users can actually live inside the universe of the Nether, even opting to “cross-over” – a term used to describe the risky choice leave your physical body in the hands of life support machines and commit mind and imagination inside the Nether. 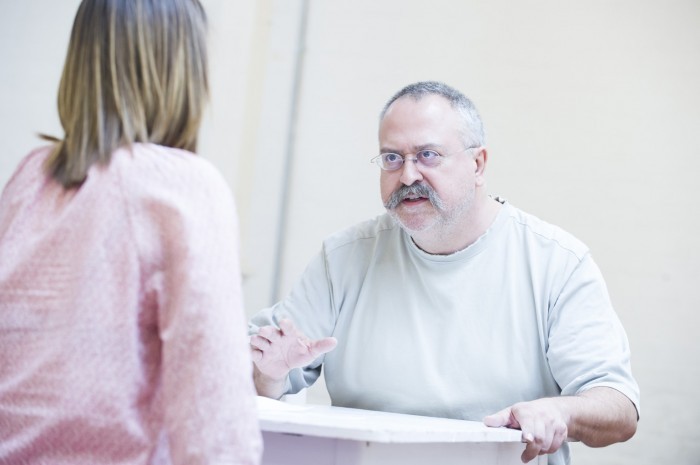 The play includes a realistic and compelling perspective from the antagonist, something missing in many mainstream similar stories. Both writing and performance entangles you in the grey areas between right and wrong. Furthermore no one is safe under the watchful eye of The Nether, with every character under scrutiny. As a spectator you come back feeling a little unsure of what you should be feeling, although this fuels the internal discussion and possibly vocal one.

The Nether is in itself more than what it seems, with links in ‘The Big Idea’, a scheme ran last year by The Royal Court, ‘offering audiences radical thinking and provocative discussion inspired by work on stage’. The play’s run coincides with a couple of ‘In Conversation’ events to further deduct the issues explored in the text. I am so glad theatres are initiating these additional sessions as it engages the concept of theatre as an important catalyst for social/political commentary and change.

I must mention the stunning performance from young actor Isabella Pappas, playing nine year old Iris. Her sickly sweet innocence with an after taste of sinister meant she stole the show and pulled off an apt representation of her complicated character.

Director, Jeremy Herrin, and Assistant Director, Debbie Hannan were set quite a challenge with the Nether. Displaying two separate spaces with more than just production to justify the oppositional atmosphere was achieved through simple but effective techniques. I felt the actors displayed a greater presence when inside the Nether, using secure stature to represent the bodies they hosted. Whereas outside in the real world there was a realistic and purposeful demonstration of lack luster attitude from all characters, further suppressing the reality and elevating attractiveness of the Nether.

In summary, The Nether is an affecting and seriously interesting play, short enough to stay entranced and long enough to tell a full story which twists and turns to envelope you in deep thought. Like any good science fiction drama your desire to see it twice is not only due to the thought-provoking ideas but getting your head around the complex model – but how did she?…and if he could do that, couldn’t he have?…and so on. Provocative, current and cleverly represented, you should succumb to The Nether’s temptations – how will your world be?

Hello I'm Hannah, I am an aspiring producer looking to collaborate on productions in London and South East [email protected] Thoughts On....various plays from past and present that I have seen. I am no real critic, but I love theatre and believe collaborations thrive with a little constructive criticism...right?