Review of: The Events

If the basis for all unhappiness is exclusivity then if only, if only, reality really could mirror art and everyone- I mean everyone- could be welcomed and allowed to join the community choir. Otherwise I fear we are very far removed from the sophistication of the Bonobo Apes

Sitting quietly and unremarked upon at the centre of David Greig’s The Events, the imagining of what happens to a small Scottish Community when it is terrorized by a gunman, is a scene where the lone striker corners the main protagonist, Claire, and another woman and points his gun. With one bullet remaining, the gunman, based on the Norwegian Anders Breivik, asks ‘which one of you shall I kill?’ 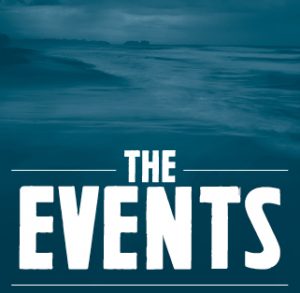 In reality any normal response would probably be sheer terror but this is art and David Greig [countering the choice he gives his own character, between using art or violence to make his mark on the world] can do what he wants. Both women answer ‘me’ in response to the question, which is followed by a fantasy sequence in which Claire, who is gay, imagines making love to the gunman in order ‘as he comes’ to ‘bring himself back to himself’. It’s a wonderful idea based on the Congo’s Bonobo Ape communities [also referred to in the play] who use sex for conflict appeasement, affection, social status, excitement and stress relief- unlike their poor relations, the common chimpanzees.

The play goes on to focus on Claire, who leads the choir, as she attempts to understand and come to terms with the gunman’s actions [and attacks on her multicultural choir especially] whilst also trying to maintain a life of normalcy. At the same time, through other voices and other characters [especially the boy, representing the gun man at different stages of his development] we get a picture of a fractured and lost community. But it is the very same community that binds the characters and the piece together, in particular the choir, a metaphor for faith and empathy. The choir performing live onstage [in this run, the choir will change every night] are the Greek Chorus, singing that which cannot be spoken as Claire begins her journey of trying to have empathy for the mass murderer. As this new run also combines actors speaking in their native tongues [English, German & Norwegian] it also takes multiculturalism to its heart [Breivik’s mass shooting in Utoya is commonly known as a protest against multiculturalism] in an attempt to promote ‘cross-pollination and harmony’ live onstage. But although the mechanics of the performance are ideological but inanimate [the actors aren’t really confronting each other in a live fashion on ideological terms or cultural ones simply because of the language barrier, as they are always comprehending the meaning of what is being said by the other] Claire is not without her own conflict. She successfully hides an inner desire for revenge whilst all the time, to an outside world, seems the forgiving priest- although on the point of carrying out this revenge she changes her mind- presumably because she has that which the gunman lacked- empathy.. the point of the play.

A Q&A followed the performance I was at and there was a detailed discussion on how lone gunmen differ, if at all, from other political terrorists like Osama bin Laden or suicide bombers. The conclusion was an emphatic no, as it was decided that all murderers, mass or otherwise, terrorists or not, are narcissists etc [although some will use politics as an excuse]. But I felt it was a shame that the Q&A got hung up on these kinds of arguments because it meant the meaning of the play, and its message, was suddenly lost. Because the play was and is standing above and beyond these arguments that involve the mind only. Multiculturalism, it was decided, could only properly work in affluent communities [again going against the example in the play]. It was not considered that this is only true if communities remain adhering to the forces of competition and wealth as values. One audience member did ask why victims are voiceless in the play and why there was such an emphasis on empathy, as though it is  a product of the liberal left. As relevant a question as it was, it was not really answered, so I will answer it here. Claire is a victim as much as anyone else, unless a victim is someone who has to actually die in such circumstances. And she is not less of a victim because she chooses to try and have empathy, which, in the play, has nothing to do with the liberal left, but is a choice based on morality, faith and not least, her heart. It is illuminating that  most of the Q&A actually focused on the politics of the situation, the very thing the play seemed to be trying to guide us away from doing.

The last lines sung by the choir seem to be saying ‘everyone is welcome, no matter what, everyone is welcome’ [excuse the paraphrasing]. If the basis for all unhappiness is exclusivity then if only, if only, reality really could mirror art and everyone- I mean everyone- could be welcomed and allowed to join the community choir. Otherwise I fear we are very far removed from the sophistication of the Bonobo Apes, even on a most basic level. Who can join in with the choir? Surely all of us.

The Events runs at the Young Vic until 2 August and is a An Actors Touring Company, Young Vic, Brageteatret & Schauspielhaus Wien Co-Production

more on The Events in three languages