Review of: Beyond Caring

it isn’t in the least bit patronizing. Instead it is agonizing and loving. And an investigation into what happens to the human soul when its main and only preoccupation is to survive on a very basic level.

An empty space strewn with litter and industrial equipment. In one corner, a darkish staff communal area.  A man Phil, one of the cleaners [Sean O’Callaghan] crosses and shuts himself away in the toilet, taking his Dick Francis novel with him- beginning what becomes a cycle of repetitive behavior. Soon the sliding doors to the factory opens and in walk Becky [Victoria Moseley] Susan [Hayely Carmichael] and Grace [Janet Etuk] here to be interviewed by cleaning boss Ian [Luke Clarke]. So begins Alexander Zeldin’s production Beyond Caring, a devised piece focusing on the lives of cleaners on zero hours contracts at a meat factory. 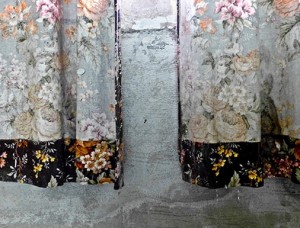 The play does not number crunch, preach, argue- it simply shows us what it is like to be part of the working poor- and it does so with unnerving raw emotion and despair.

Take Becky, whose problems are so deeply internalized, we fear that she will become psychotic. Or Grace who is bullied by Ian. Or Susan, who is unable to admit she is homeless and in need of real help. And the stillness given to Phil whose psychic pain renders him frozen and immobile and whose need for love, recognized by a Becky in a similar situation, leads them to a fumbled failed love making attempt, made all the more heart wrenching by Phil’s tears- as if the human contact, something we realise he has lacked for years, unfreezes him.

Everything has to be in snatched moments, which is the real terror and despair of the working poor. They don’t have the money for the time to invest in being human- the pressure of time, like the pressure of the job, squeezes it out of them. It is not that the jobs have brought on and out each and every inner torment and demon, but rather that the working conditions exacerbate them even further. Life for these people cannot extend itself beyond this- they themselves, listless and as if life has gone away from them, are beyond caring.

So the question is, why? And must always be why? Why the exploitation? Why the awful working conditions? Why the bad and sometimes lack of pay? Why force others to live like this? Who will care if we don’t?

The play is inspired by The Cleaner by Florence Aubenas and the director himself spent time working as one. It seems plot less, rather like a good Mike Leigh film where the very small things become intensely huge and meaningful. Even breath is magnified on Zeldin’s stage. The company all give carefully observed and enunciated performances, Hayley Carmichael especially bringing humor to her character.

And it isn’t in the least bit patronizing. Instead it is agonizing and loving. And an investigation into what happens to the human soul when its main and only preoccupation is to survive on a very basic level.

Beyond Caring runs until 26th July

Watch the trailer for the show here:

Beyond Caring is written by Alexander Zeldin through devising with the company.