Review of: Being Patient

‘death is, very likely, the single best invention of life’ [Steve Jobs]. It is this sad but necessary contradiction that gives the play such gravitas and elevates it above its dramatic and comedical form.

In the UK more than 40,000 people are affected by kidney failure, with over half that number receiving dialysis- a treatment where a machine replicates the functions of the kidney by flushing out waste products and excess fluids. This procedure is normally required 3 times a week and lasts around 4 hours each time. For a small few, a wait on a list for a kidney transplant is the only option. Being Patient, written by Steven Mortimer, himself a two time kidney transplant survivor, is about that ‘very small few.’ 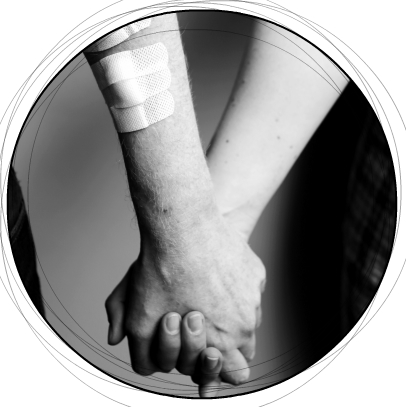 Pete [Steven Mortimer] spends his days in dialysis and waiting for the hospital phone call that will transform his life. He can’t work, he can’t socialize too much or in the way he would like [‘who wants to go out with someone who can’t drink’] and is embroiled in the ups and downs of his friend Phil’s muddled relationships and drug addictions, whilst struggling to hold together his own relationship with his girlfriend Abi [Francesca de Sica].

But as well as being about the intricacies of dialysis and a life spent constantly ‘being patient’ on the transplant list, the play looks at what happens when two people’s lives are put on hold. Part drama, part comedy [there are some good one liners and genuine laughs] the two hander resists the urge to plunge into misery or self- pity and instead explores self- sacrifice, the fear of death, guilt, loneliness and love with a deft touch, to the extent that I would challenge anyone not to shed a tear in the play’s final moments.

There is some brilliant and sustained acting by both actors, who realistically portray two ordinary people whose desires and fates are in the hands of the doctors, a donor [living or dead, but most probably dead, a source of guilt for Pete] and nature. Simple set design by Francesca Walford allows the audience to concentrate wholly on the dramatic action and Peter Eastland’s production is to be complimented for giving breath and space to the text.

But importantly, the piece manages to get across the deep sense of emotional conflict that traumatises Pete throughout- does he accept a kidney from someone close to him who is still living and breathing [calling into question all sorts of emotional and psychological misgivings] or especially and more realistically, from someone whose life has been lost? In order to live, Pete has to wait for someone else to die- ‘death is, very likely, the single best invention of life’ [Steve Jobs]. It is this sad but necessary contradiction that gives the play such gravitas and elevates it above its dramatic and comedical form.

High-spirited and life affirming, Being Patient continues at the Rosemary Branch until Sunday 27th July before transferring to Café Camino as part of the PBH Free Fringe at this year’s Edinburgh Festival.

Dedicated to raising awareness of transplantation through performance, there will be a bucket for donations to Kidney Research UK at the end of every performance.