Review of: The Valley of Astonishment

Peter Brook and Marie-Hélène Estienne’s new play, a quiet and meditative piece about the workings of the mind and synaesthesia [one sense stimulated by another, or the senses experienced together rather than separately] is all about consciousness- as opposed to its sinful guilty opposite, conscience- i.e that there is a right way to live. 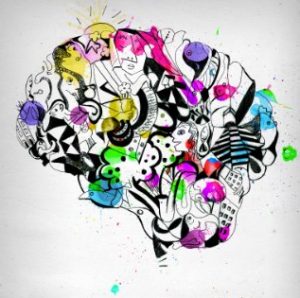 Loosely based on ‘The Mind of a Mnemomist’ by Alexander Luria, The Valley of Astonishment follows the adventures of journalist Sammy Costas [Kathryn Hunter] who is fired from her job because of her phenomenal memory. Turning to cognitive scientists for help before a brief flirtatious spell as a music hall performer, she returns to the scientists proclaiming she wishes to ‘give myself to science’ and meet other like minded people. Along the way we meet other synaesthetes- a man who paints because when he hears music he sees colour [Jared McNeill] and a man who has lost all proprioception and can only control his limbs with his eyes [Marcello Magni]. All against the backdrop of some wonderfully eloquent music played by Raphael Chambouvet and Toshi Tsuchitori.

There has been talk, both with friends and in the reviews, about whether this is theatre. There was even, in one review, a suggestion that Sammy was defined by her talent and not by her gender [as if, ultimately, gender and sexual orientation are the only things that can define us, rather than, say, consciousness]. But being defined by her talent, or in this case, a particular consciousness and way of looking at the world, is the point here, as Sammy has to navigate a potentially cruel world whilst remaining true to her unique individuality.

And it is theatre. Everyone can see that Sammy goes on a self-discovering journey filled with obstacles, and finally reaches her own brave conclusion at the end of the play. Theatre can’t and shouldn’t always be about guts, blood, gore, broken hearts, Somali pirates and one night stands and the like. It has to do more and audiences should be demanding more- more sophisticated story telling with values that challenge us and challenge us to look at how we, as individuals and in our individual lives, respond to the world- plays that can transcend themselves- and The Valley of Astonishment certainly does this.  And manages to relate to the human condition, touching upon themes of despair, alienation, loneliness, exploitation and the joys and curses of being different. And the beauty through out is Sammy’s innocence- not a childish innocence- but the innocence of one who knows how to respond to the world in a playful manner and has renounced fighting.

There is a wonderful moment that calls for audience participation- the audience, taking on the role of audience members in a music hall performance, is invited to take part in a magic card game. It’s relevant because it is a chance for the audience to test their own powers of consciousness, receptivity, observational and listening skills. It isn’t actually a trick. And all in the name of play. And relates directly to the opening lines of this review. It is also the meeting point of Peter Brook’s Holy and Rough Theatre.

Conversing with a friend immediately post show, it was pointed out to me by him that all the actors and especially Kathryn Hunter, find and use the centre point of the Young Vic’s auditorium. I had never thought of that before but in fact, the staging and use of space seems specifically located around that point and helps the audience, along with the minimalist staging, to focus on the actors and what is being said or communicated, shown to us or not shown.

The last word of this play is not a word, but a breath and a note played by Toshi Tsuchitori. Sammy, at the conclusion, is now traveling on a new journey again and there can be no conclusion- only the flute can give a sense of things to come.

Peter Brook recently said ‘My only aim in the theatre is that people leave more confident with life than when they came in’. Those that know how to look, or look deep enough, or are simply just open to the messages in this play, will realize that he is coming near to something of that aim.