I am not violence shy, but don’t replace content for sensationalism.

Hotel, currently playing at the National Theatre, is my first introduction to writer Polly Stenham, and by all accounts and according to the Guardian and Telegraph critics, I might do better to stick with her earlier plays, as her change in tack, seemingly at both Michael Billington and Charles Spencer’s urging [who knew the critics could have such sway] has not worked out as well as  it could. 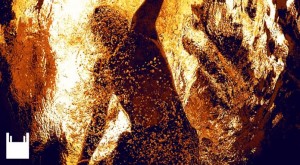 I would very much like to write that I was gripped by the play, at least for a little bit, as Michael Billington of himself wrote. Or that, the play kept ‘springing surprises’ [Telegraph] but I cannot. Actually, I was more gripped by the large fruit fly that kept buzzing around The Shed’s stage and by the fact I had props thrown at me- more than once.

And this despite the obvious and recurrent reference’s to Sarah Kane’s Blasted [considering also the set design, echoing the Lyric’s production of Blasted some years ago]- which- surprise- struck me too- but only on a very visceral and violent level.

But let me give you a synopsis- which by all accounts, bodes well. A rich well to do English family arrive on a Kenyan Island for a tropical ‘desert island’ holiday. The said family are breaking down, with the career wife being driven to resign from her job as Secretary of Trade and Investment because of a ‘virtual’ infidelity committed by her husband, whose job we never learn. As the play progresses, we realize that the son has something to reveal that has important implications on this event. Then there is misfit and drink mad 14 year old daughter, Frankie. All set are we then, for a Simon Gray like drama based on the dysfunction of a middle class family- complete with table and chairs plonked firmly in the middle of the stage to reiterate this. However, things soon get nasty when the chamber maid turns terrorist and introduces a Somalia in an attempt to conduct a hostage take over on the family .

But, this is the problem. I realize the cleverness of being lured along into thinking I might be watching a clichéd middle class play about infidelity where characters slam off trite sound bites at each other [starting to yawn], but at the same time, I really do resent the manipulation.

If this is a play about Kenya and post colonial problems and the destruction of flower farms and of UK exported terrorists, then give it to me please. I don’t want it dressed up and thrown at me in the form of a white British middle class family whose mother signed the papers offering aid to Kenya, aid that indirectly destroyed those flower farms. Why? Because it so obvious I might as well read it in the paper, or from personal testimonies.

What is the message of the play? That global terrorists do not come from the worlds they end up defending, but from the West, like the UK or USA? That MPs adroitly sign aid papers in the casual belief they are helping a country? Well, we know that from Tony Blair, or by reading the newspapers or doing our own research on the web. Where are the epiphanies the characters might realize [and I don’t mean Frankie, the young girl, in a tremulous outburst to her ex MP mother, ‘but people died’ at your hands] where are  the journeys they might go on to come to some sort of redemption, or to gain reprieve?

I also object to the violence. I am not violence shy, but don’t replace content with sensationalism. As far as I can see, everyone has cited Sarah Kane as an influence on this play, but in her works, the violence is firmly rooted in the characters. It is not used as sensation. Or if it is, it is not used to replace valuable content but serves as an idea [in Blasted, the soldier eating the child].

There are some good performances, there’s no doubt, but I did feel the actors straining not to make this melodramatic- and perhaps failing [the production needs a bigger stage!]. I also felt there were silences when there should not be, and noise when there should be silence.

I also wondered whether the set design should have been so realist. For a work that is so [melo]dramatic, so violent, would it not be best to lean on the minimalist side, so to give the audience visual respite, in order to take in what they have just seen? Should theatre really be this Reservoir Dogs?- although this is not to say that it should not be entertaining….

I don’t agree that the design could do little to resolve the conflict between form and content, it certainly would have benefitted from a larger and more minimalist stage. But I craved also, a more intelligent look at the colonial issues in Kenya, which touch upon, but do not focus on violence as the answer.

80 minutes in length, there are some great performances, not least from Tom Rhys Harries as teenage Ralph.

Until 2 August at The Shed, National Theatre