Review of: Then Silence

It is ambiguous theatre to the extent that no one can tell for sure what is the reality of the play and who are the real characters and questions the ‘I’, the ego, and the author, by making constant demands on the actors to drop all of these things. 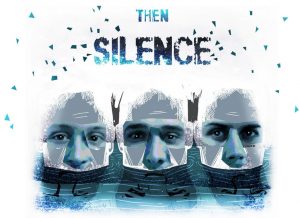