Flawless portrayal from Simon Russell Beale, a production worth witnessing

“Many a true word hath been spoken in jest”

King Lear, I believe, is one of Shakespeare’s deepest psychological tragedies, with focus on Lear’s mental instability leading to serial bloodshed. The play, as a whole, is rather long and contains heavy continuous dialogue which twists and turns in the ears. Despite this concentration of speech, the plot is relatively simple to follow and particularly within this most recent production at the National Theatre. The simplicity of set and costume meant you were never distracted with lavish fixtures or fittings. The rhythm and pace of the play was further aided with appropriately placed blasts of dramatic lighting or sound shortly after a particularly dialogue heavy scene. This was a relief as no one had to nudge any spectators that were prone to dozing off. 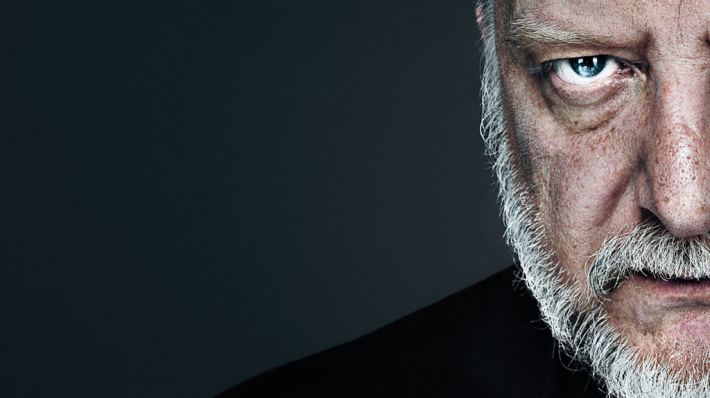 Simon Russell Beale’s performance of Lear was undoubtedly strong – the man just knows how to act. With every action I felt a purpose and with every line I sensed his emotion, or rather Lear’s. The progression and degeneration of his mental state was aptly portrayed and even from the very back of the circle I could see his hands shaking as he learnt of his daughter’s death and felt his overwhelming emotion.

The design, by Anthony Ward, reminded me of stale raindrops on paint. I felt this repeated pattern, used across the entirety of the staging, communicated a metaphor for Lear’s journey throughout the play. With his mind becoming gradually blotted with moral dilemmas; from banishing one daughter and the realization of his two others plotting to murder him, Lear fades as a man. Much like a vivid painting, Lear begins as a powerful and intimidating character, but over the course of these terrible events his power dissolves, and he is but a blotchy canvas of misshapen shapes and merging colours. In this essence, the set design continuously represents his impending state of mind and the massacre this later causes.

Tom Brooke lead a refreshing performance as Edgar, where he showed a varied emotional journey from idiot, to naked tramp and finally to savior. His mixture of comical and appropriately somber moments created poignant parts which I enjoyed in the play. I have only usually seen him in ‘common chav’ roles on television or in film, so seeing him shine in such a heavy Shakespearian production was surprising and uplifting.

Stephen Boxer played the Earl of Gloucester, who unfortunately for him has both eyes gouged out half way through. This was really a terrifying scene which I felt Sam Mendes, Director, fully portrayed the horror by standing Boxer centre stage then suddenly a burst of light into a quick black out – which stuck you with the image of a man with two bloody holes in his face and sheer panic in his stance. Stephen Boxer leads a memorable performance and journey with the unfortunate events his character endures. He has a diction that pleases the ears and although slight in figure, he maintains a real presence on stage. Although, the moment he had his eyes plucked out will haunt me for a few more nights.

In summary, this was a production with all the right people behind and on the stage. For a new theatre comer this may seem an intimidating piece, but you should never be put off by the bard. I found this production more accessible than I thought it was going to be, but you will have to make some commitment to your ass becoming a little numb, the first half is two hours long. Despite this, if you even have the slightest interest in Shakespeare, Mendes or any of the incredible actors, it’s a must see. To endure is to enrich your palette – and I must say I am happily full.

Hello I'm Hannah, I am an aspiring producer looking to collaborate on productions in London and South East [email protected] Thoughts On....various plays from past and present that I have seen. I am no real critic, but I love theatre and believe collaborations thrive with a little constructive criticism...right?