Review of: Other Desert Cities

Lyman Wyeth, is a former movie star and United States ambassador during the times of his friend Ronald Regan’s presidency, Polly is his ex screen writer wife, whose constant referencing to her friend Nancy, nicely underlines the real powerlessness she almost experiences with her own family, Polly’s sister Silda, is fresh from a spell as a recovering alcoholic and is home along with the kids, Trip, a domestic TV producer and Brooke, a troubled writer who follows up her genius first novel with a memoir detailing the suicide of her elder brother Henry... 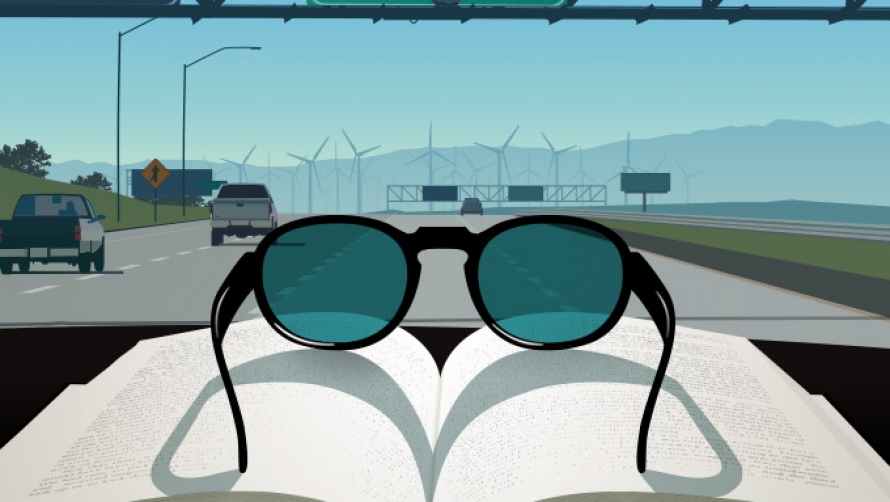 The Old Vic’s new season in the round opened yesterday with American dramatist Jon Robin Baitz’s family psychodrama Other Desert Cities. Set in Palm Springs in 2004, the action revolves around Christmas at the home of the Wyeth family- Lyman Wyeth, is a former movie star and United States ambassador during the times of his friend Ronald Regan’s presidency, Polly is his ex screen writer wife, whose constant referencing to her friend Nancy, nicely underlines the real powerlessness she almost experiences with her own family, Polly’s sister Silda, is fresh from a spell as a recovering alcoholic and is home along with the kids, Trip, a domestic TV producer and Brooke, a troubled writer who follows up her genius first novel with a memoir detailing the suicide of her elder brother Henry. It’s this book which she brings as a ‘present’, a work that is the outcome of a long period in hospital with depression, which provides the catalyst for an outpouring of family secrets, anguish, political conflict and grief and has as its central conceit, the idea of how far, if at all, a writer should go in revealing what they think is the truth, no matter the personal pain it may cause.

In fact that question proves to be the most interesting in a drama that is 2 hours long- that and the sacredness of bonds, whether parents really are devils and the compulsory complicity most families are obliged to undertake in order to protect its members names and reputations [the reveal at the end is the play’s greatest irony but I’ll leave you to work out what that is]. Hence Henry’s suicide, his implied involvement with a militant group responsible for bombing a military recruitment centre which killed a janitor and the embarrassing position this puts his Republican parents in with their powerful famous friends, feels like a slight appendage to the issues Jon Robin Baitz seems really interested in, which never the less, feel tenuously linked to the political back bone of the play- the parents’ old guard Republicanism and support for the last Bush presidency set against their children’s liberalism simmers away in the subtext but never feels properly explored.

But Jon Robin Baitz is great at pumping up the angst and anxiety felt by this family as they regroup around the fire after a day of tennis. His writing leads the audience slowly into catastrophe after catastrophe until there is a family implosion. Peter Egan is dynamic as Lyman, a comforting figure who shambles on and off stage with a peculiar air of confused English authority, inherited I suppose, from his ambassador days, and nicely contrasts with Sinead Cusack’s spiky Polly, who struts around as if she’s just walked out of a Tennessee Williams play. Daniel Lapaine gives an interesting portrayal of a seemingly innocent little boy, who is anxious not to upset the boat or his mother and Martha Plimpton as Brooke, is a perfect picture of sisterly outrage and moral indignation. It’s Clare Higgins who steals the show in this production though- in a performance which felt at times lacking in cohesiveness and where characters seemed strangely distanced from each other almost from the very beginning, lacking the ensemble feel the piece may have needed, she seemed firmly embedded in her character and utterly believable. So much so that I mentioned to a friend she strongly reminded me of someone I knew.

It’s a strange first choice to do in the Old Vic’s new round, made more difficult for actors I would have thought, because a quarter of the audience are right in your face and then the rest form a long receding line going up to the gallery far far away [how does one pitch this as an actor?]. Although not a fan of proscenium arches, and the reveal of the new Old Vic took my breath away, most plays are written for them and need them, and Other Desert Cities is no different. The set and lighting were brilliantly done by Robert Innes Hopkins and Peter Mumford, but they were at odds with a sound score that was slightly expressionistic and telling [I thought and resented] the audience how to think and feel. And I just longed for it to be produced traditionally because that is what the form demands. And ironically, although I was sitting in the stalls and very close to the actors, I felt that the creatives were at times forgetting the ethos of ‘in the round’ i.e. being just that, as it was very much blocked towards where the front row of the Old Vic would have been, giving the audience there a distinct viewing advantage, although the price of the tickets, I note, are the same.

Other Desert Cities runs until May 24.

The reviewer did not see the performance on press night but saw the Friday preview before it.