Review of: A Midsummer Night's Dream

A Most Rare Vision 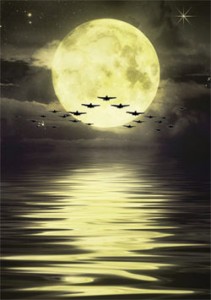 The original actor’s church, St Leonard’s in Shoreditch, provided an excellent backdrop to a performance of Shakespeare’s “A Midsummer Night’s Dream” that was slick, assured, and very very funny.

The decision to set the play in the 1940s made for an attractive production, the interval music from the period adding to the sense of anticipation that ran through the entire evening. The downside was that it made Theseus’ ultimatum to Hermia – marry Demetrius or face death or a living death in a convent – seem even more arbitrary than it might otherwise have done. For some reason Starveling had become an army chaplain. This worked well, it gave the actor more to do but the line “Robin Starveling, the tailor?” ran false as a result. (A more ironic or desultory tone of voice, might have allowed Quince to gag himself out of trouble).

The only other fly in the ointment was the acoustics. These were, in many respects, fabulous, voices carried. Unfortunately the echo meant that if a line was spoken (too) quickly, words were lost.

These are but minor grumbles about what was a very enjoyable evening. It promised well from the beginning. The couples were believable; Lysander and Hermia (Joseph Bader and Mary-Ann Cafferty) were suitably fond and it would take a hard heart indeed not to feel for poor lovelorn Helena (Cecilia Colby).

Neil Stewart and Rosa Hoskins were both majestic and childish as the warring Oberon and Titania, although some of Titania’s speeches were nearly lost against the on-stage music, and it was nice to see the Indian Boy given corporeal form in the shape of Callum Balmforth. Danny Knott gave us a wonderful Puck who was unnerving in his animalism and potentially demonic glee and at other times came across as a slightly dim child which gave an enigmatic characterisation that reminded us that Puck is not necessariy a benevolent character.

Bottom’s ass’s head was straight out of Donnie Darko and for once had an unsettling rather than simply funny effect: you could understand why the Mechanicals made a run for it.

It is the humour that really makes this production. The hilarity of the knee-shuffling self-degradation of Lysander and Demtrius (Steven Cheriton), drugged into love for Helena was tempered only by bewildered hurt of both Helena and Hermia.

The highlight of the whole was the Mechanicals. As Flute, Paul Harnett has a range of facial expressions designed for comedy. Robert Pegge is excellent value as Bottom and Steve Jesson is whimsically silly as the “courteous moon” who is ever-anxious to wax lyrical (“Wooo!”) while Snug’s surprisingly kittenish Lion (Miriam Babooram) was great fun and a delight to watch. Glenn Lloyd (Snout) got it just right as the hilariously sullen Wall but, right at the last, the show was stolen, by Flute’s Thisbe and her near-fatal attempts to rouse her dead lover, Pyramus (Bottom). Never has falsetto rung so true.

Go and see this show – an excellent evening awaits.

Cast (in order of appearance)