Review of: Tynan at the Arts Theatre

A truly superb adaptation of Tynan's diaries by the Royal Shakespeare Company staring Corin Redgrave as the irrepressible Kenneth Tynan.

The Arts Theatre is pleased to boast of an original 1920’s design. That the seats also date from the same era seems rather less a cause for celebration. On the other hand a pre-set which consisted of Miles Davis’s classic album ‘Sketches of Spain’ made up for a lot of the initial discomfort. I mention this because sitting waiting for the show to go up was an unusually fraught occasion. There is a certain intimidation inherent to sitting in an auditorium with pen and notepad in hand waiting to review a show about Kenneth Tynan the greatest post war theatre critic that Britain produced. At the very least I expected to have my vocabulary, wit, turn of phrase, eloquence and indeed every other aspect of my linguistic capacity put to shame. I wasn’t disappointed. 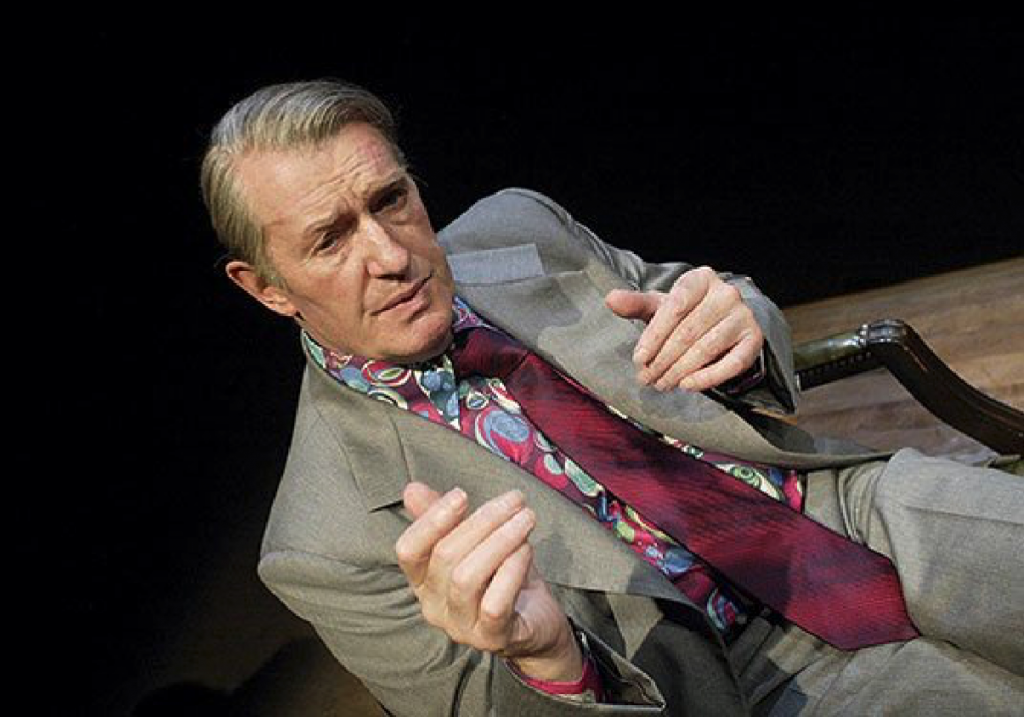 Tynan was a remarkable man: vain, insecure, brilliant, and deeply wounded. As we hear of his exploits we laugh more than we cry and yet there is a great sadness which underlies this man’s waspish observations. His penchant for spanking and his inability to reconcile mistress and family were themes that stood out particularly. At one point he explains to his wife that his mistress represents the part of him which likes curry while she represents his love of fine French cuisine. It’s laughable until we imagine the reality.

Redgrave’s performance is spot on. He sustains our attention with the skill of a raconteur yet Tynan’s depression and ill health spill out underneath all the amiable anecdotes. In no way is this forced, it is as though Redgrave himself is trying, and failing, to conceal them from us. On a technical level his performance of an increasingly debilitating illness using nothing but the slightest moderation of voice and posture was entirely convincing. He resisted the temptation to simply mimic the symptoms of Tynan’s disease and instead allowed his physiological state to act as metaphor, wholly believable.

The script; made up of extracts from Tynan’s diary was superbly put together, displaying the man’s acid wit to the full yet at the same time showing the flaws and deep wounds in his character. It is an old and tried device to follow a comedic crescendo with a piece of devastating revelation yet it was one used to the utmost effect. Just when we were feeling secure in the company of a raconteur par-excellance we would be confronted with a confession, a revelation or a tragedy that in juxtaposition was all the more powerful. It couldn’t have been an easy task to condense 10 years worth of diary into a moving, funny and balanced narrative yet it is one that Richard Nelson and Colin Chambers have succeeded in admirably.

This careful and skilled selection of text was one which sadly did not carry through into the set. The decision to run a line of text across the back of the stage seems an odd one. In a show which moves with serpent like dexterity from one gorgeously phrased sentence to the next, dragging the audience along corridors of human experience they couldn’t possibly have predicted, any single sentence would seem woefully inadequate to the whole. That the phrase chosen, ‘I know it is bad form to kick a man when he is down, but what do you do if the man who is down is also the one doing the kicking?’, isn’t even particularly good, just makes things worse. Mr Piper should have been content to let the script do the talking – but this is a minor complaint. All in all this is a great piece of theatre from the Royal Shakespeare company, with an outstanding solo performance from Corin Redgrave at it’s centre.