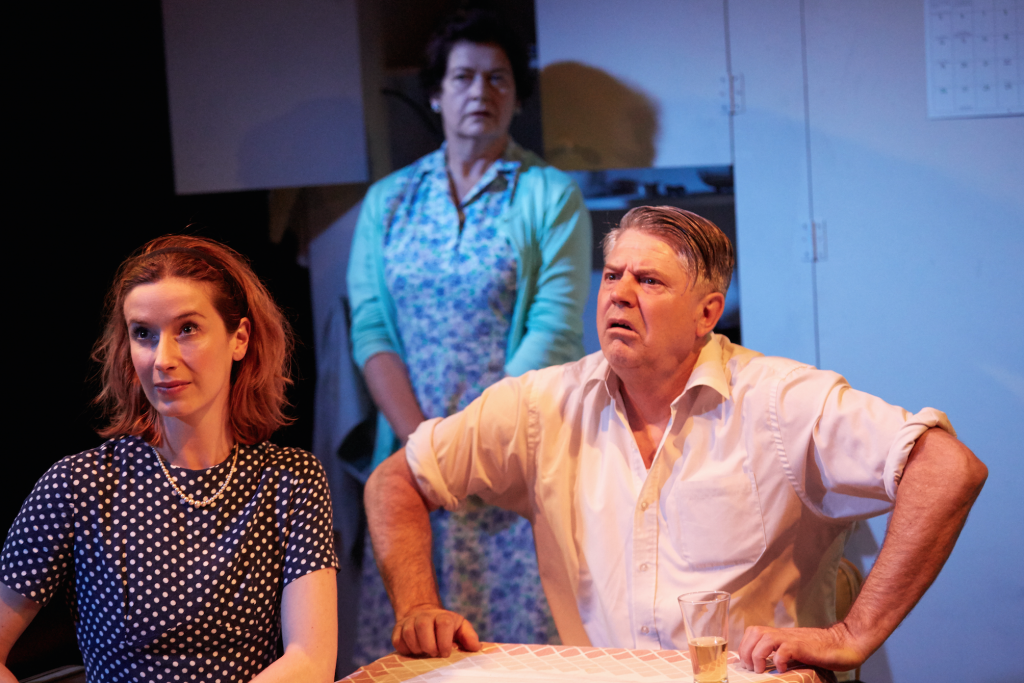 The One Day of the Year at Finborough Theatre. Adele Querol (Jan) and Mark Little (Alf). © Mark Douet

Alan Seymour’s play is all about ANZAC, a day commemorating Australian and New Zealand losses in WW1 and is seen as the birth of a national consciousness for both countries. But it’s also about families..

The play is very much about generational conflict, specifically a father and a son, with mum trying to elbow her way in. But it’s set at a pivotal time in Australian history – the start of the 60s – when the generation that endured two world wars and a depression is challenged by the successors, a generation of young people falling under the spell of all things American and the other legacies of WW2 and the peace that followed. The parents must face the irony that the thing they most want for their son – the education that was denied them – is the thing that threatens to drive him away, that gives him the resources to challenge their authority and beliefs.

Adelaide festival rejected it in 1960 on the grounds that it was an attack on Australian servicemen… why?

The play actually balances its questioning of the ANZAC legend with a spirited defence. In the end, the son doesn’t agree with his father, but he acknowledges the right of different opinions to co-exist. So perhaps the Adelaide festival folk over-reacted. 50 years down the track, we can see that the play’s arguments still have currency, following the recent sacking of the SBS journalist, Scott McIntyre, in Australia because he tweeted an ANZAC day criticism, labelling it an imperial cult practised by alcohol-driven white guys. Perhaps his sacking was a bit of an over-reaction too. 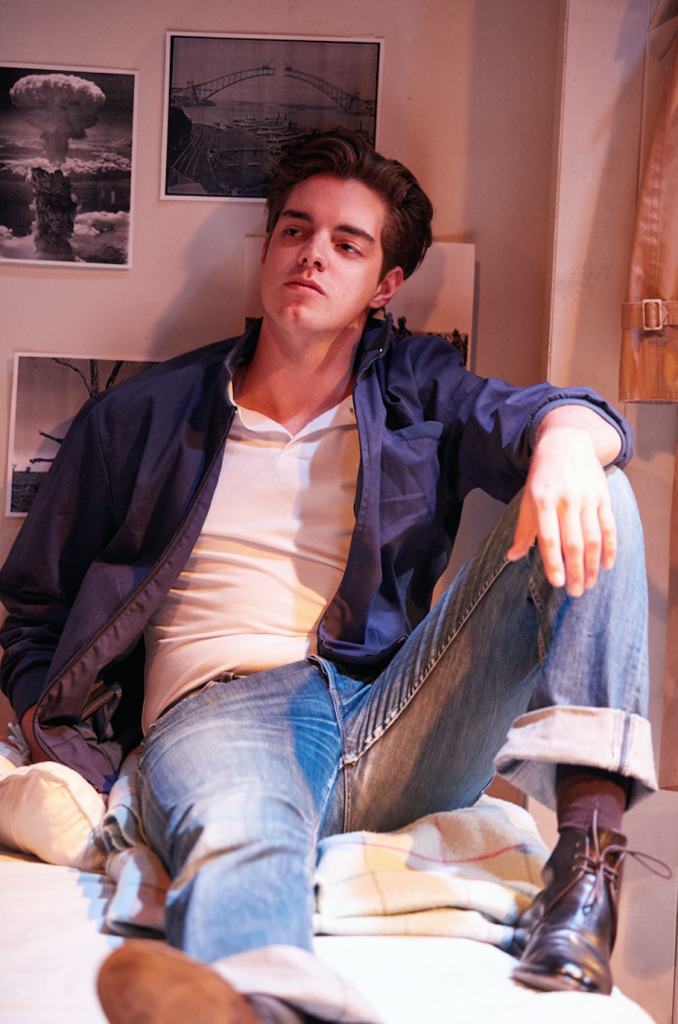 Amongst its other themes, Alan Seymour also explores the limits of ‘Australian mateship and masculinity…

I think the mateship element in the play is about salvage. What positives can be found, what can be salvaged, from a dire, disastrous situation? For the ANZACS Gallipoli was a defeat – huge loss of life, with not much achieved, except the bonding that traumatic experience allows. Australian mateship is quite unique, born as it was from men – usually only men – working in remote areas of a harsh, unforgiving country where you only had your mates to help you survive and overcome the huge obstacles.

Have you made any major changes to the play?

Alan did several revisions of the play over the years, the last one for the Sydney Theatre Company production in 2005. That’s the version we are using at the Finborough. Alan also supplied a family history of the families – the Cooks and the Dawsons – so that we could know what happened to the characters post-play. We have used that to create a coda for the current UK production. Alan also wrote a novelisation of the play in the late 60s – that was the source of his 2005 re-write.

It was last performed in the UK some 40 years ago..what relevance do you think the play will have for today’s audiences?

Well, there is a bit of the Willy Lomans about Alan’s Alf Cook – a man facing up to the limitations of his life and legacy. So I hope people will appreciate Mark Little’s approach to this personal crisis. Beyond its Australian-ness and its ANZAC focus, it’s about a family coming to terms with who and what it is and what the future may hold. I think most of us have been there. 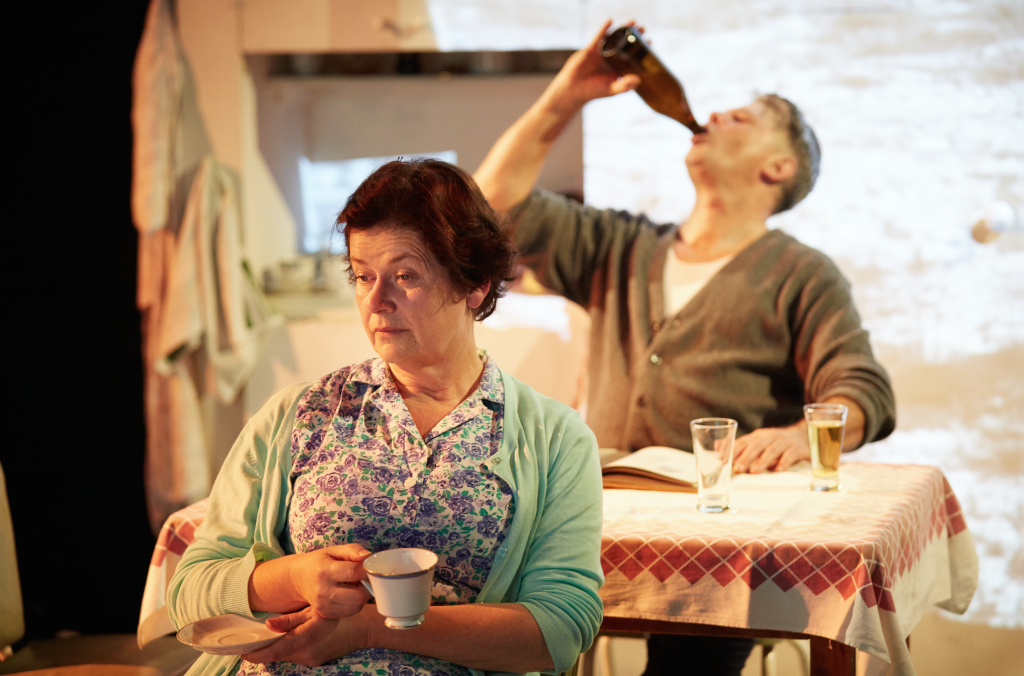 The playwright Alan Seymour died only in March this year. If he were still alive, what would you ask him?

It’s always interesting to ask playwrights about the autobiographical quotient in their works. How much of the youngster, Hughie, is actually Alan. The family history supplied has Hughie heading to London to become a famous photographer; that’s close to Alan’s 60s fate – his second play was rejected by the ABC and he was labelled a communist, so he left Australia in high dudgeon and was soon working for the BBC, an apt result for an Aussie red.

Is it a classic that is on the syllabus in Australia?

I studied the play at school and early editions carried Alan’s notes on how to direct and act it in a school production. Quite a few decades later I think it is still listed on specialist courses, but usually as part of a larger discussion of ‘war in the australian theatre’; so you might consider it alongside Sumner Locke Elliott’s ‘rusty bugles’ (WW2) and David Williamson’s ‘third world blues’ (vietnam). I’m not so keen on artefacts – I think plays are continually in evolution, so I tend to favour them being performed rather than studied, which I think was Alan’s position.

Finally- if you could, which other Australian playwrights would you bring to the eyes and ears of a UK/ London audience?

I think the first role of theatre is to be in conversation with its home audience. If a play talks beyond its origins, that’s a bonus. In Australia, we have in the past been a receiving house for overseas culture, including its drama. The ‘new wave’ in the theatre of the 1970s in oz was about challenging overseas dominance and ‘telling our own stories in our own voices’. Otherwise, reality was something that happened somewhere else. Everything of value eventually comes to London – and many London theatre goers have a curiosity about how other cultures use theatre to see and analyse the world – but it’s not essential, just healthy.