Sigh…to quote DJ Khaled, another one.

I’ve picked my list of top shows from 2018. As you may notice, I’ve avoided a chunk of SOLT and major venues. But shows that kicked around bigger house that were also great and loads of great people have already raved about include: Fun Home, The Jungle, The Inheritance, Company, Caroline, or Change, Emilia, Nine Night and Summer and Smoke.

My only Shakespeare on the list (weirdly feels like it’s been a bit of a quieter year for the Bard, with all those MacDeaths) but it had to go to director Caroline Byrne. She’s tamed The Taming of the Shrew and now, with a huge amount of wax and the eerily lit confines of the Sam Wanamaker, she’s proven not all is well that ends, well, when it ends. Throw in a fine performance by Imogen Doel and a stoically charged turn from Ellora Torchia and you’re onto a winner.

I went into Yous Two knowing little. As someone who, admittedly, has a penchant for big, concept driven theatre, I sadly didn’t think it was going to be my cup of tea – a tightly crafted apartment-set domestic drama. Lordy lordy I’m so glad I was so wrong. Under the strict eye of Chelsea Walker’s direction, Georgia Christou’s script shone, and I was enthralled from beginning to end.

Arinzé Kene is, as everyone knows, a brilliant writer, and Misty opened up to reveal layer after layer of reflection, powerfully staged with unforgettable visual design. This man is going to be doing a lot of great things for a lot of years to come.

Is there a match more heavenly than that between Tim Crouch and the Unicorn? I wept salty salty tears as Crouch repeated his usual Saussurean trick in his meditation about childhood, ageing and family, in a show that had oodles more heart than anything I’d seen Crouch stage before. Can’t wait to see his 2019 piece in action next Fringe. 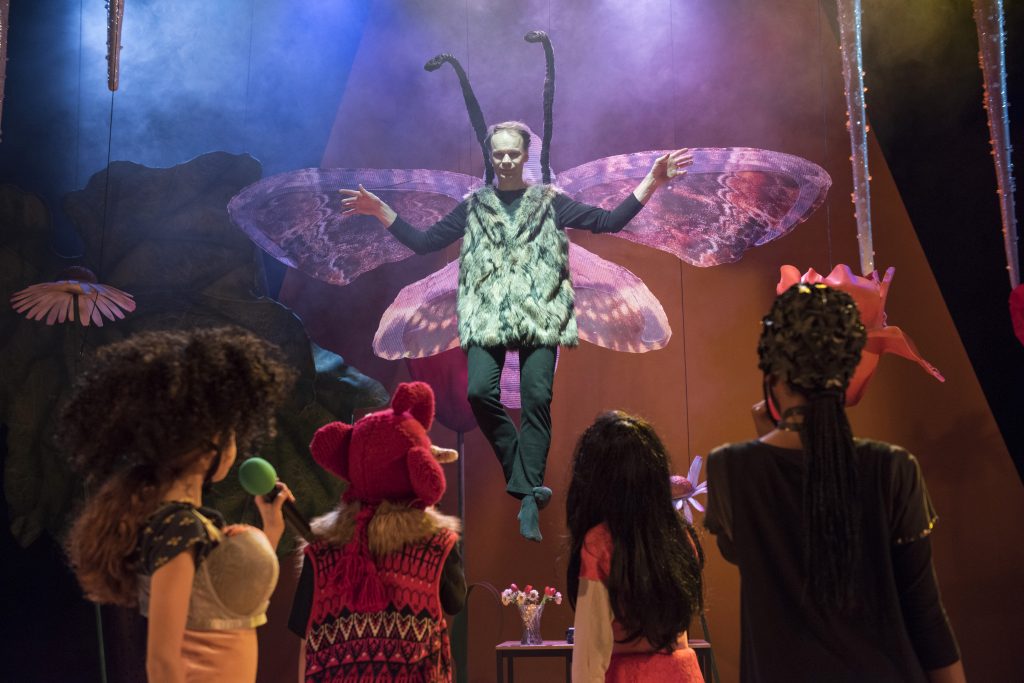 5) The Lovely Bones, Royal and Derngate

The book’s great, the film is what it is. But in the stage show, it’s the work done by designer  Ana Inés Jabares-Pita, with a huge, reflecting surface leaning over the stage, that wowed me. An unforgettable way to blend life and the afterlife in a beautiful piece of stagecraft. Helped by a stellar central turn from Charlotte Beaumont.

4) Why is the Sky Blue?, Southwark Playhouse

2018 might be the year that verbatim theatre stepped it up (or I started watching it with more conviction). Notes from the Field, even Hotter were all brilliant, often not simply reciting verbatim texts, but deconstructing what it means to perform with verbatim content. But the show that really won it for me was Why is the Sky Blue? at Southwark Playhouse – about young people’s attitudes to pornography. Identity, sex and sexuality poured into a tongue-in-cheek melting pot and left to simmer. Another honourable mention at the venue is the brilliantly anarchic Collective Rage.

Separately, Bertrand Lesca and Nasi Voutsas’ hour-long instalments are as abstract as they are incisive, flaying our contemporary perceptions of international relations and spitting them back in our faces. But, like a fringe theatre power ranger team-up, it’s when placed side-by-side in a double bill that their power shines. Brutal to a point of unwatchable yet impossible to take your eyes off, this one will stay with me. I can’t wait to see what the third part of their trilogy has in store. 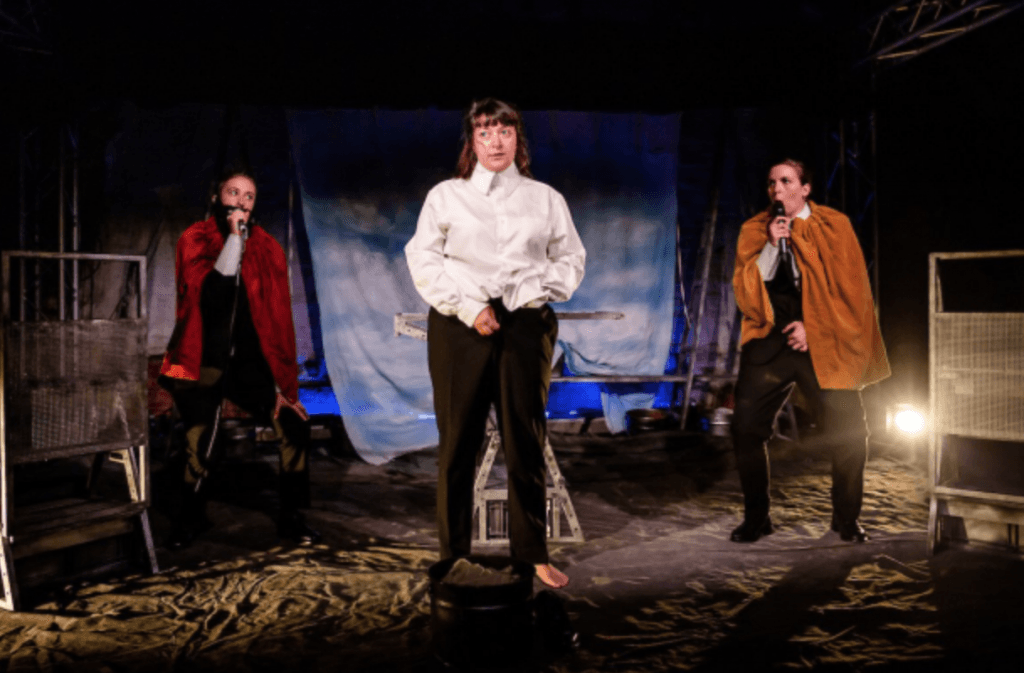 We always knew this was going to be good though, in a way? Breach Theatre really do rule the roost when it comes to the Edinburgh Fringe and having the New Diorama and Underbelly onside with the Untapped Award meant that the new show really landed with some major gusto. But what the show captured so well wasn’t just a sense of history (set in 17th century Italy and following the trial of Agostino Tassi for the rape of painter Artemisia Gentileschi), but a caustic, unfiltered yet slowly and methodically increasing sense of incensement. Rage. Injustice. It shouted down the centuries and ended with a superb rallying cry. I don’t think I’ll ever forget Ellice Stevens staring the audience down and repeating the show’s title, over and over again.

A lot of 2018 has been about questioning why we should “enjoy” going to the theatre, and no show was a better example of this than Buggy Baby. Josh Azouz and Ned Bennett’s creation, which tears its way to the hearts of its audience and demands attention, with epic wails, ominous bunny rabbits and an oversized baby in a bathtub. And for the year that this was, there couldn’t be a better show.