Review of: I'm Not Running

A new state of the nation play by David Hare with standout performances from Sian Brooke, Alex Hassell, and Joshua McGuire. Much of the dialogue displays Hare at his best, but the production risks losing its message by taking on too many contentious modern issues.

Pauline Gibson (Sian Brooke) is that rarest of breeds – the single issue politician. When her cause is as popular as saving a local hospital, the issue is sufficient to get her elected as an MP (after all, as Nigel Lawson said, the NHS is “the closet the English people have to a religion”). The renown that she develops, together with the regularity with which she votes with the Labour Whip, means that, when the party leadership is up for grabs, she is seen as a contender. At the outset, Pauline professes (via her press secretary Sandy Mynott played by Joshua McGuire) that is she is not running. The question is: Does she really mean it? Is her reticence merely a tactical ruse, or is it driven by the fact that the other main contender is a former lover? 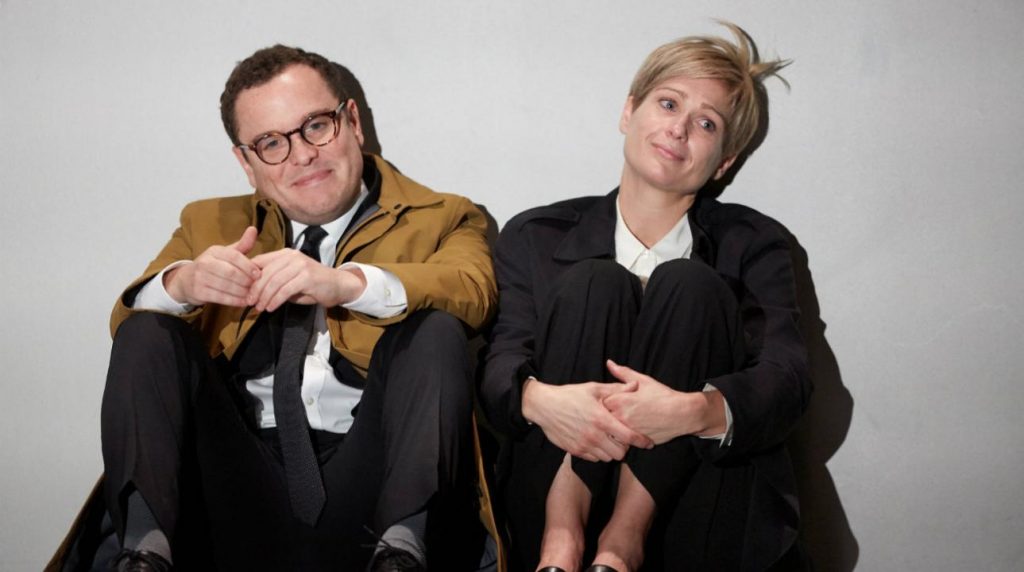 Set over a twenty-year period up to the present day. I’m not running is David Hare’s latest take on the state of the nation. We see Pauline rise from being a medical student to a leadership contender, and the development of her troubled relationship with Jack Gould (Alex Hassell); aspirant politician and son of a party grandee. At its heart this is a compelling tale of the machinations and hypocrisy of modern domestic politics. Within this there is underlying comment on modern relationships. Hare’s dialogue is witty and acerbic – the opening scene featuring Mynott’s verbal jousts with the press should form part of the press secretary’s training manual – and the nation’s commitment to the NHS above all else makes the single issue here one that could catapult a campaigner into the mainstream.

Where the production struggles, however, is in its portrayal of relationships and issues. There are just too many of both. The story unfolds via almost every modern preoccupation imaginable: the concept of what constitutes non-consensual sex, alcoholism, FGM, homophobic assault, extra-marital sex, funding for the NHS – the list goes on. The problem telling the story in this way is that it undermines some of the key issues, regarding pragmatic vs. conviction politics, as well as leaving questions of credibility. In doing so Hare risks being bracketed in that group of ageing London intellectuals trying to comment on modern life while becoming ever further from it. When we hear a character talk of the overcrowded moral high ground we have some real sympathy, but perhaps not for the reasons intended.

The play is helped considerably by some very strong performances. Sian Brooke is very credible as both a highly driven and idealistic student and a mature considered politician. Alex Hassell is likely to receive many comparisons to obvious New Labour politicians, balancing his ambition against his ideals, while Joshua McGuire steals the show with his urbane mastery of the media. The use of filmed talking heads footage is effective in moving the narrative along at the pace needed to cover so much time and material and Ralph Myers set design allows seamless moves across the myriad of venues.

Those that love the work of David Hare will not be disappointed by his willingness to address modern issues via relationships and the quality of the script. Many others are likely to be left a little shell-shocked at the amount of material being thrown at them and there is a danger that some telling messages get lost as a result.