Underbelly’s theatre programme shines a special light on emerging companies with the Untapped Award in partnership with New Diorama Theatre, bestowed onto three thought-provoking shows focusing on female voices: It’s True, It’s True, It’s True by the Fringe First and Total Theatre Award-winning Breach Theatre which revisits the 1612 case of rape of baroque painter Artemisia Gentileschi and how it influenced her work; Queens of Sheba from Nouveau Riché delves into the harsh reality of our society, inspired by the true story of 3 young black women turned away from a club for ‘being too black’ and finally dressed. by ThisEgg, the company behind huge Fringe 2016 hit Me & My Bee,  uses an intense combination of direct address, dance, original music and design to tell the true story of a girl who gives all her clothes away and starts making her whole wardrobe from scratch, after being stripped at gunpoint and sexually assaulted while travelling.

In other theatre highlights, star of current UK hit Fleabag, Maddie Rice writes and performs in Pickle Jar, a dark comedy with a lot of piña coladas and some heartbreak and named in the Top Five Talents to watch from VAULT Festival 2018 young Irish playwright Erica Murray presents her take on dark comedy in bittersweet The Cat’s Mother which focuses on sisterhood.

Also exploring a relationship between two sisters is 3 Years, 1 Week and a Lemon Drizzle which pieces together some of Alexandra and Kate Donnachie’s sometimes heart-breaking but often hilarious memories of growing up together in a show sparked from Alexandra’s severe eating disorder. Dangerous Giant Animals offers a unique insight into one family’s life with a girl with a mental disability, with all its challenges and rewards: “you had to be a really f*cking good person growing up with my sister.” 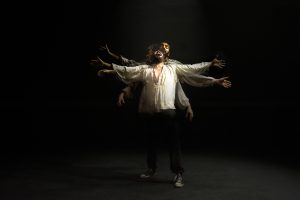 World premiere from 2012 and 2016 Fringe First winners, The Abode is an 80s style adventure following the story of Samuel, a white American male who, feeling oppressed in his own country, joins the alt-right movement of Trolls… will his sister Wendy manage to rescue him from the greedy hands of the Troll King? Mixing dance tunes with rap and spoken word Love Songs is a coming-of-age one woman show exploring wider issues such as hyper-sexualisation of Asian women. From Rhum and Clay, the makers of the acclaimed 64 Squares, comes Mistero Buffo, a take on Dario Fo’s seminal masterpiece: a daring and explosive rallying cry for the disenfranchised.

Underbelly theatre programme offers world-class entertainment for families with Julia Donaldson herself performing in The Gruffalo, The Witch and The Warthog, a brand new show featuring Room on the Broom, The Magic Paintbrush, The Ugly Five, Superworm, The Gruffalo and newly-released The Cook and the King. Book your tickets now to avoid disappointment! Shedload Theatre presents a love letter to Richmal Crompton’s classic character William Brown in a fresh and dynamic adaptation entitled Just William’s Luck. Continuing the theme of literature-inspired shows is Paddington Bear’s First Concertwhich sees the lovable bear attending his first music concert – not without causing a mayhem along the way of course! Brought to the festival by the same team who presented the smash-hit Peter Rabbit in 2017, the show features live orchestra.

Legends of children’s entertainment, Dick and Dom bring their comedy capers to the Fringe for the first time, with Dick and Dom: Dick V Dom which will see audiences split in half for an interactive experience the whole family will never forget! Award-winning Fun Kids Radio presents Fun Kids Radio’s Epic Roadshow Adventure, an interactive family quest to keep the show on air by presenting only the best roadshow ever.

Underbelly’s long-time collaborators and circus masters Circa return to Edinburgh but with a family show for the first time. Wolfgang! comes straight from the score and onto the stage, the man known as Mozart appears amidst a puff of powder, wigged and ready to throw musical madness into a crescendo of dives, swoops and twirls. Featuring mischievous acrobats and a musician, Wolfgang reinvents the composer’s magical music with a circus twist for young and old to enjoy.

Little Death Club provides audiences with the irrespirable offer of the darkest, funniest and most debauched variety show in town. Join the multi-award-winning Queen of Weimar punk kabarett Bernie Dieter of La Clique and EastEnd Cabaret fame, alongside her travelling family of misfits, miscreants and fantastic freaks for late night fun and frolics. 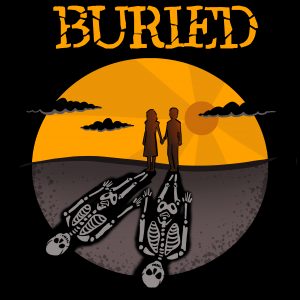 How do you sustain a relationship whilst pursuing a career of a serial killer? Offering an unusual spin on the rom-com genre and set to a beautiful folk-inspired score, Buried: A New Musical tells a story of Rose and Harry, a young fun-loving couple who discover they have something special in common…

Divorced, beheaded and now live in concert! Following last year’s sell-out, hit pop-concert musical SIX returns to Edinburgh to present a different take on history. Six wives of Henry VIII take to the mic to rewrite her-story and celebrate the sisterly sass-itude! Not to be missed. From the pissheads behind the hit show Shit-faced Shakespeare comes an all new cockney knees-up musical extravaganza, Shit-Faced Showtime: Oliver with a Twist. Dickens’ classic tale of the boy who asked for more with booze, glorious booze… Featuring songs from Oliver! and other Broadway musical hits and a totally new version of the story.

“Today we unleash 96 magnificent shows on sale as part of our most ambitious programme yet, from comedic hip hop gold, Abandoman, circus super humans Circa, the freshest new theatrical talent from our Untapped Award Winners to late night cabaret from Little Death Club.

“Since we started our Fringe adventure in the Cowgate 19 years ago our aim was to celebrate and showcase the freshest new talent and the biggest names in the business, side by side in a way only possible at the Fringe. Today we are proud to continue to do just that.”