England, 2018. Violetta earns her crust dancing for the rich and powerful at an exclusive gentleman’s club until a chance meeting with naive and idealistic Elijah changes everything. The powerful collide with the powerless, with earth-shattering consequences for all involved. 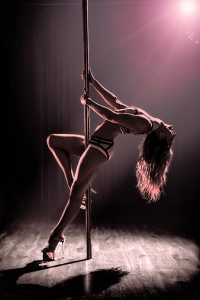 The King’s Head Theatre have firmly established themselves as one of the foremost producers of accessible, small scale opera. Their critically-acclaimed Trafalgar Studios transfer of La bohème has been nominated for the Olivier Award for Best New Opera Production with winners to be announced on Sunday 9 April whilst 2017’s Tosca won the Off West Award for Best Opera production.

The production will also be directed by Helena Jackson, who recently graduated from the King’s Head Theatre’s award-winning Trainee Resident Director’s scheme with several members of the creative team behind La bohème and Tosca returning to work on the production.

La Traviata will run from Thursday 27 September to Saturday 27 October, 2018.

Artistic Director of the King’s Head Theatre, Adam Spreadbury-Maher said: “Verdi’s powerful tragedy may have been written over one-hundred years ago but its searing examination of privilege and exploitation is directly relevant to twenty-first century struggles. I can’t wait to share our uncovered, exposed and redefined new version with audiences.”

Becca Marriott, a King’s Head Theatre Associate Artist ​who also co-wrote librettos for and starred in the company’s critically acclaimed productions of La bohème and Tosca, said:​ “165 years ago Verdi wrote an opera about a woman who was trapped and stigmatised because of her sexual allure. In 2018 very little has changed. Hypocrisy still imprisons us, and escaping your social class is as hard as ever. Verdi challenged the status quo in society in every opera he ever wrote. Our new adaptation questions the powerlessness of twenty first century politics when politicians fail to police themselves.”