The King’s Head Theatre are thrilled to announce Atticist as their new Associate Company. 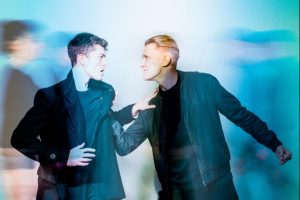 Atticist is an independent production company specialising in theatre. Their first production, Life According to Saki, won the Carol Tambor Best of Edinburgh Award at the 2016 Edinburgh Fringe and transferred to New York in 2017. EAST, which just completed its run at the King’s Head Theatre, was critically acclaimed, received several award nominations and sold out its entire run.

Bridie Bischoff, one of the two producers at Atticist, says: “It has been a pleasure working with the King’s Head Theatre team on EAST and this is an exciting opportunity for us to continue our relationship. It will help us to experiment with new productions and to encourage the development of new writing, as well as welcoming new creative relationships and collaborations. The King’s Head Theatre strives to provide a supportive, open atmosphere in which theatre practitioners can thrive; this is something with which we are proud to be associated, both artistically and in its commitment to fair pay and diversity.”

King’s Head Theatre Artistic Director Adam Spreadbury-Maher says: “We met with Atticist after hearing about their fantastic run of Life According to Saki at the Edinburgh fringe and in New York. With their plans for EAST, we were thrilled to be part of a revival of a Berkoff classic which premiered  at the King’s Head Theatre originally. Atticist are an incredibly exciting emerging company who share a lot of the same values as our team at the King’s Head Theatre. They work incredibly hard to deliver such a high standard of work, and I can’t wait to see what’s next.”