Review of: Beginning at Ambassadors Theatre

A brilliant and taut production from David Eldridge

David Eldridge has created the perfect Schrödinger’s couple in Beginning, which now has a much-deserved transfer to the Ambassador’s Theatre in the West End after completing it’s 2017 run at the National Theatre.

The production hugs the intimate venue (recently vacated after the closing of long-runner Stomp) perfectly, with Fly Davis’ hyper-realised north London flat almost welded onto the auditorium. Stage space and spectator space, as perfectly paired as the central relationship involved in the text.

And what a perfectly poised text it is too. We open on Laura and Danny, two late 30-somethings, Danny the last remaining guest at Laura’s flat-warming party. Laura wants to sleep with Danny. Danny doesn’t know what he wants to do. From there, the conversation ensues. 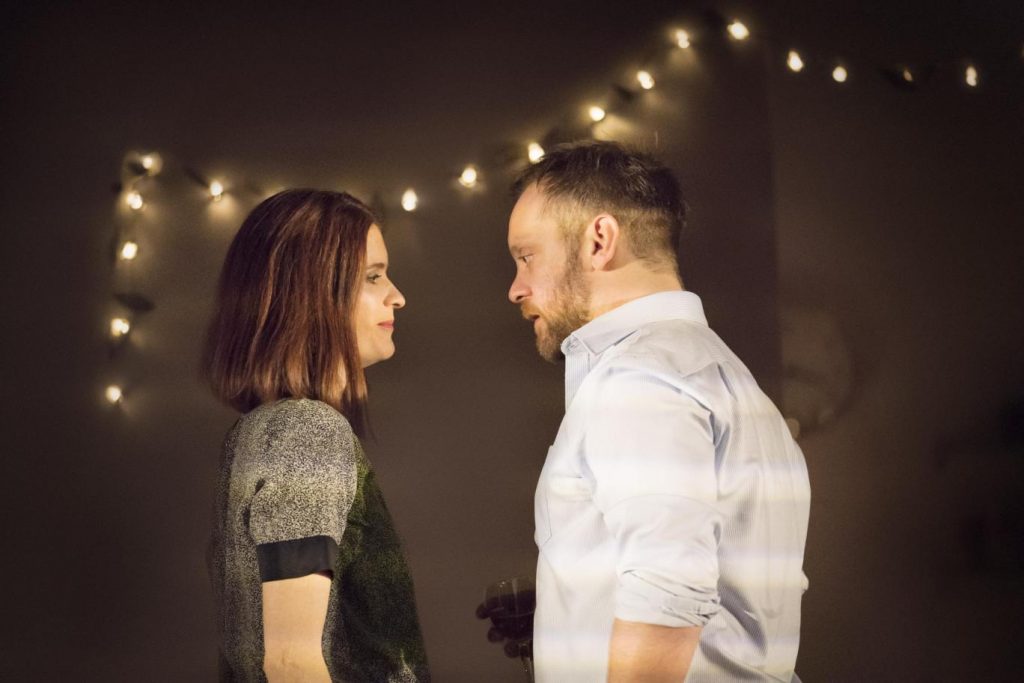 The plot teases itself out with natural beat after natural beat, all in real time, with a discrete clock at the back of the kitchen wall slowly moving through the early hours of the morning. It’s excruciatingly vivid and awkwardly endearing at the same time. Everyone in the audience has had a Danny in their lives, or a Laura they’ve known. These figures are instantly recognisable. We come to understand the pair, and how, fundamentally, loneliness can mean many different things, and have many different implications.

It’s supported by some fine turns from Justine Mitchell and Sam Troughton, each inhabiting the characters so completely that the ‘will they-wont they’ almost leaps off the stage and into our stomachs. Director Polly Findlay knows how to block her cast perfectly – having Troughton subtly edge towards the walls of Laura’s flat, switching between cornered beast and a man attempting to put up the pretence of masculinity. Mitchell, given perhaps the less intricate of the two roles, accommodates for this with jaunty, angular movements, simultaneously excitable and laced with trepidation.

Eldridge plays with audience expectations simply by calling the play Beginning – we almost know that what we are witnessing is the start of something, in lieu of watching a break up or a conclusion. A form of teleology emerges. It takes a while, especially the middle act, and sometimes it can feel as though the couple are simply whirling around in circles, but the emotional relief at the end of the performance is well worth the buildup. There is catharsis in the extreme. After the clamour and the anarchy of Stomp, a grounded, human story feels as refreshing as a Scotch egg and a pint of Stellar on a Sunday morning. This is new writing back where it belongs.