Review of: Picasso at The Playground Theatre

The inaugural show of The Playground Theatre enriches the West London theatre scene with an adventurous and awe-inspiring production.

The inaugural show of The Playground Theatre enriches the West London theatre scene with an adventurous and awe-inspiring production. Opening its doors with a brave and multimedia show, Picasso, The Playground moves the first steps towards establishing itself as a valuable and impactful addition to the West London cultural panorama. 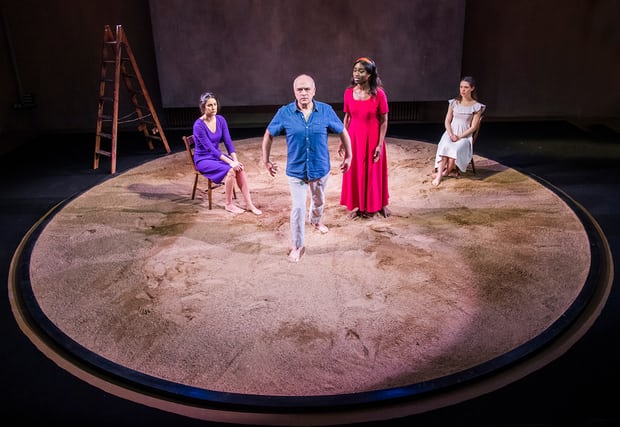 Particularly successful is the way the script brings to life the tormented nature of Picasso’s relationship with women (though admittedly mostly from Picasso’s perspective). The recurring image of the bull/Minotaur organically blends into a single metaphor his Spanish roots, his attitude towards art, and his obsession with women and control. Indeed, if we were to condense the play in one word, that would probably be “conquest”. While a modern audience may find his attitude towards women appalling, to label the production “misogynist” would be to misinterpret it. It is in fact very rare to see a play handling a complex theme this effectively and smoothly, regardless of our endorsement of it. And for this cohesiveness, credit goes to both the flamboyant script by Terry D’Alfonso and the direction of Michael Hunt.

The set is also a highly evocative one: consisting of a bullfight arena filled with real sand, it helps to conjure up the god-like aura of Picasso, as well as the impotence of his “victims”. The choice to intersperse the acting with short films screened in the background adds up to the pathos (and the number of lovers) of the plot. 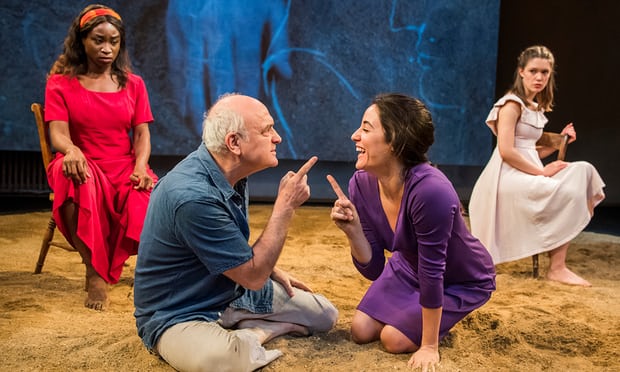 As well as the opening show for The Playground as a space, Picasso marks the theatrical début of Alejandra Costa and Claire Bowman, both of which quite remarkable as Jacqueline Roque and Marie-Thérèse Walter respectively. Meanwhile Peter Tate, co-founder of The Playground and here playing Picasso himself, is mostly credible in his mimic and gestures. All in all, Picasso is a memorable production, vibrating with absorbing and expressive performances.

Picasso runs at The Playground Theatre until 25th November. To purchase tickets, please visit their website or call their box office (020 8960 0110).