Whilst a whole lot of fuss is made over Nick Hytner and Nick Starr’s new mega-creation, The Bridge Theatre, it is important to not overlook the arrival of the newest addition to London’s cultural scene – the Playground Theatre, co-founded by Anthony Biggs and Peter Tate.

Based in a converted bus depot and born out of the Playground Studio, a creative development hub which has supported Marcello Magni and Kathryn Hunter amongst many others, the Playground Theatre opens its doors for the first time on November 1st. The theatre’s debut production of the world premiere of Terry D’Alfonso’s Picasso stars Tate, and runs from 1st – 25th November.

We spoke to Anthony and Peter ahead of Picasso’s opening about their new creative venture. 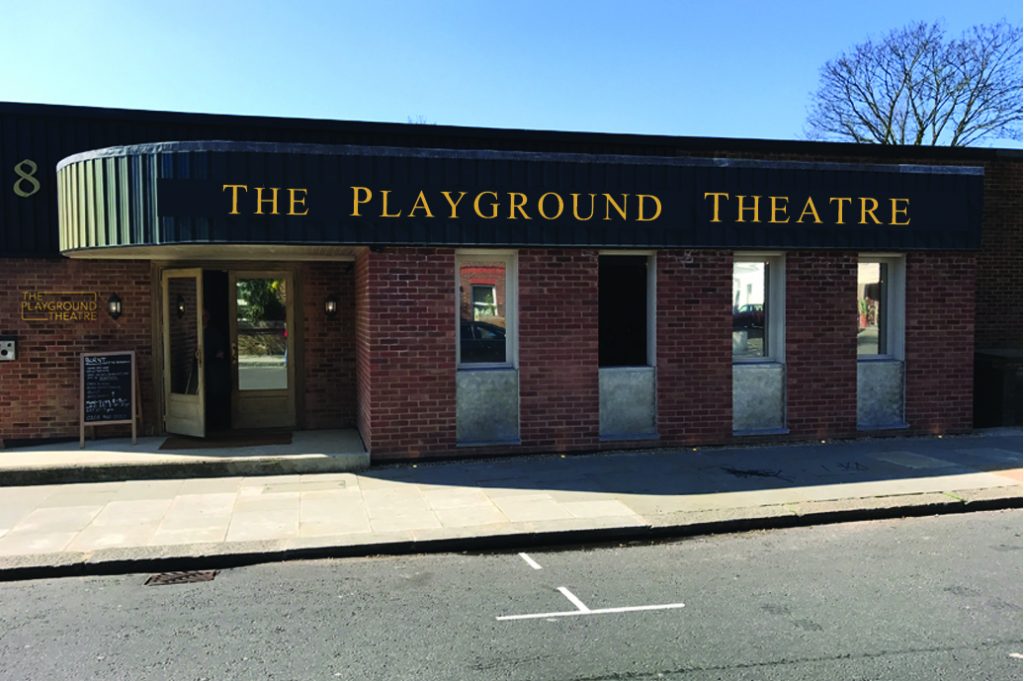 TB: Peter – as an actor, what interested you in founding a theatre?
PT: I set up the Playground as a place where  theatre artists, including myself, could come and ‘play’ without the pressure of a timeframe so that ideas could evolve naturally. Artists from many disciplines worked at the Playground and many wonderful projects were developed here including one, Terrific Electric, which won the Samuel Beckett award for innovative theatre and was part of the Bite season at the Barbican. But many didn’t find their way into the public arena so creating a theatre will address this.

TB: How did you choose Picasso as the debut production at the Playground Theatre?
PT: The piece was performed at MoMA in NYC in October 2015 to invited audiences as, if you like, a road test. It provoked very strong reactions. One always strives to create an impression on those watching and this piece did. I believe it will put down a marker of the kind of work we are interested in. It also combines two different art forms – film and theatre – and the combining of different forms has always interested the Playground and the body of artists we supported each year came from as many disciplines as possible  as we wanted to create cross-fertilisation between the forms.

TB: What kind of work can we expect to see staged at the Playground Theatre in the future?
AB: We want to surprise our audience with a really eclectic mix of shows. So alongside an immersive theatre show we might program a sculpture exhibition or film festival. Internationally renowned artists might develop projects with young people from our community. Our mantra is always to be curious, to both challenge and delight our audiences.

TB: What place do you hope it’ll hold within London’s theatrical landscape?
AB: We want The Playground to be the home of new theatrical collaboration, somewhere where risk-taking is encouraged. There is so much wonderful theatre being made in London and the UK, but sometimes there is a tendency for us to live in our own bubble. We want artists of all disciplines and all cultures to share their ideas and create new ways of working together.

TB: Do you see the current cultural climate as a renaissance for new theatrical institutions?
AB: It is wonderful to see new theatres opening across London. The more the merrier. We love theatre and we want everyone to experience it, whether they be regular theatre-goers or those who have never been. We live in an incredible age of technology but nothing compares to the shared experience of live performance, and it’s no surprise that there has been a surge in demand for theatre, music and every kind of live event. Long may it continue!

You can buy tickets for Picasso here.