Sprawling, incomprehensible mass of a play not able to be saved by some good acting.

Leaving a show and consequently having to check the plot of the piece on Wikipedia is never a positive sign – sadly, this show would have been completely inscrutable without the online reccie. Demons is a sprawling mass of a novel, and transplanting it to promenade only serves to further unsettle any sense of location, time or character relationships. Ambitious, yes, but Peter Sturm’s production falls well short of its lofty targets. 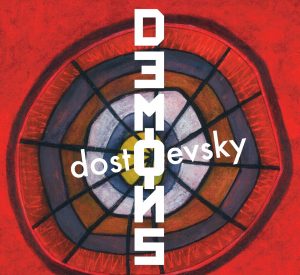 The piece vaguely centres around the killing of a young student by a group of nihilists in events preceding the Russian revolution. However, for a show that lasted over three hours, I had far too little idea what was going on either before or after this central happening to in any way justify the time spent tramping around the space. The attempts of the actors to deal with the cloying text and multi-role to the very limit were noble, but ultimately frustrated by the glaring lack of clarity within the staging and the difficulties the space presented. Timothy Allsop as Pyotr and Jethro Skinner as Lebyadkin managed to wring some sort of comprehension from the intensely polysyllabic lines, but even they did not manage to counteract the inscrutability of Sturm’s adaptation.

A jury of audience members were set up at the beginning of the piece, ostensibly to pass judgement on one of the characters, but were never involved or referred to again. Claustrophobic meetings held in stairwells were some of the more audible moments, but the setup meant that only around half the audience were visually involved with the action. The constant breaking away from the world of the play in order to coax us to move to yet another location soon became tiring; it seems rather counter-intuitive to shove the audience around so much and yet having the actors never referencing or even acknowledging them in the piece. On paper this interpretation of Demons might have sounded like an interesting idea, but this is a story that should have stayed in book format.