TheatreCraft, London’s largest free careers event for people seeking careers off-stage in theatre, has announced renowned theatre journalist and critic, Lyn Gardner, as the TheatreCraft 2017 Ambassador. Gardner will open the event on Friday 3 November at the Waldorf Hilton Hotel by delivering a welcome speech to all attendees. 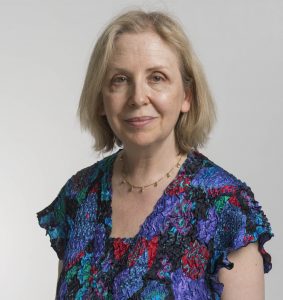 As a committed supporter of new theatre, companies and artists, Gardner’s writing has created a powerful spotlight for theatre; shining light into every corner of the country. Her voice in mainstream national publications continues to be invaluable to emerging and established theatre makers.

“TheatreCraft is such a brilliant initiative because it opens doors and makes young people realise that working in theatre doesn’t just mean acting. There are so many opportunities and careers available that don’t involve putting yourself centre stage, but which still require creativity, ingenuity and are just as much fun!  TheatreCraft reminds us that there is a role for everyone in theatre, and we need people of many different talents and from many different backgrounds.”

The annual event will hold further significance throughout the industry following an independent report commissioned by the Society of London Theatre (SOLT) and UK Theatre, which has found that off-stage theatre, despite benefiting from a passionate, engaged workforce, is struggling with a shortage of skilled technical workers.

The report found that the education sector is channelling young people away from off-stage careers, labelling theatre as a ‘high risk option’ and offering a notable lack of guidance around training routes into the industry. The report went on to identify TheatreCraft as an important response to these issues, having actively championed the vibrant array of careers in the sector for fourteen years.

1,000 people aged 16 -25 attended TheatreCraft last year, taking part in more than 68 workshops delivered by skilled theatre professionals across 6 West End venues, and engaging with 66 theatres and arts organisations in the marketplace, making it the largest event to date.

TheatreCraft is organised by a group of committed partners from across the creative and cultural industries; the Theatre Royal Haymarket Masterclass Trust, the Royal Opera House, the Society of London Theatre and Mousetrap Theatre Projects.

The event is sponsored by The Waldorf Hilton Hotel, White Light and John Good. Official London Theatre is this year’s official Media Partner.