Review of: Dollywould by Sh!t Theatre

2016 Fringe First winners Sh!t Theatre are unlikely superstars – which, of course, is their charm. Creating self-conscious performance art with a miniature bottle of rose in hand, their work flirts with our ideas of high and low art whilst simultaneously selling out the Summerhall. (If you want to get a ticket for Dollywould, you better book now.) So it is apt that their latest piece, their “mainstream crossover hit”, is all about another unlikely superstar – Dolly Parton.

Except, of course, it isn’t just about Dolly Parton. But that isn’t say that Dolly is merely a (marketing-friendly) excuse to talk about the show’s knotty themes – with Sh!t Theatre addressing originality, reproduction, friendship and artistic (and otherwise) immortality. Theirs is a surprisingly complex and passionate analysis of Dolly’s cultural significance, woven with accounts of Dolly the cloned sheep and the science of the decay of the human body. These three intertexts are layered onto one another with a subtle indifference, and the show’s intelligence creeps up on you – but when those connections are made, it is satisfying in a way that is hard to articulate. Refrains occur and reoccur across narrative threads, reproducing themselves much as Dolly herself has reproduced her image, and Sh!t Theatre’s structure tightly signals these creative connections. The prominence of “nails and teeth” across the descriptions of Dolly’s persona and in the accounts of human decay stands out as a particularly morbid treat. That isn’t to say that Sh!t Theatre aren’t above some toilet humour. Simply, this piece is stupidly smart, and way smarter than it wants you to think it is. It resists, and encourages, intellectual appreciation. 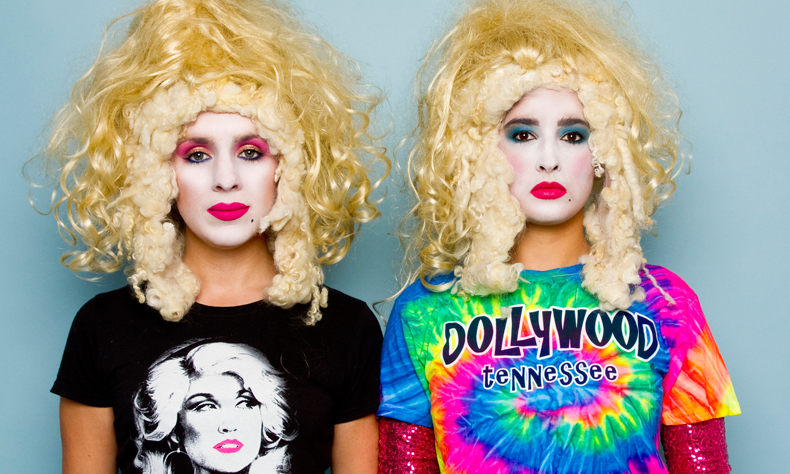 My only discomfort with the piece was the inability to shake off the feeling that, to a certain extent, this is a company able to rest on its reputation. This, of course, is part of the point in a show that questions what it means for art to be worthwhile. A rich stream of the show’s humour is in Sh!t Theatre’s inability to justify the artistic validity of their project – but in a prime Summerhall space, this is a joke that sometimes wears thin when you consider that elsewhere at the Fringe companies are struggling to sell work which is packed with earnest intention. Occasionally, even with Sh!t Theatre’s self-conscious irony, it can feel that this is a show about the process of creating a show.

You can forgive performers Rebecca Biscuit and Louise Mothersole this, however. Their affection for their chosen subject’s self-confidence shines, especially in a repeated setpiece that transforms Parton’s flippant interview replies into an assertive self-assured country song. It is this warmth combined with their formidable intelligence that makes Sh!t Theatre’s latest piece worth a recommendation.