In our last pre-fringe feature, we took a look at Theatre Bubble’s favourite comic triple acts who are returning to the Fringe this year. And then we took another look at our list – which is almost wholly male-dominated. But this simply isn’t representative of the spread of male and female performers featuring in the Comedy section this year. In fact, many of our most anticipated shows in any genre this year are not one-man shows (which is the typical moniker) but one-woman shows. Below is just a selection of the clowns, comedians, actors and performance artists who we are looking forward to seeing this year – in their own words. Watch this space for Part Two of our One Woman Show Picks! 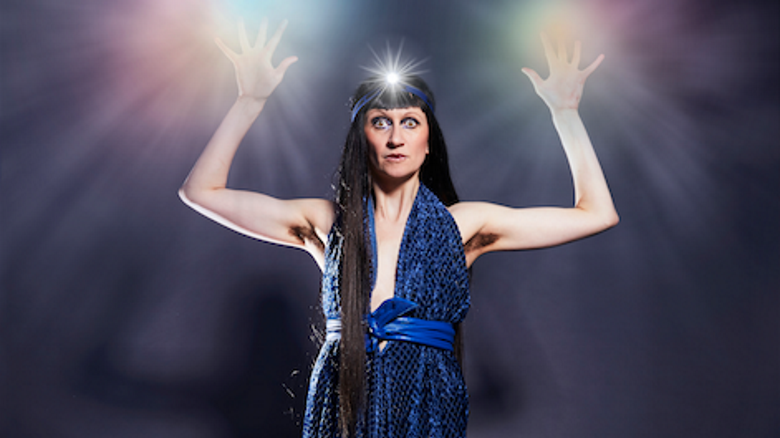 Lucy Hopkins – Powerful Women Are About – Heroes @ The Hive, 3rd – 27th (5pm)
Could there be a more fitting title to kick off our One Woman Fringe? The bizarre and brilliant Lucy Hopkins returns with a cleansing ritual reconciling the masculine and the feminine, lead by a high priestess and a theramin. One of those shows where truly, Anything Could Happen. We searched Lucy for answers. We left with more questions. Catch it this year before it is translated into French.

Theatre Bubble: What question would you most like to be asked about this show?
Lucy Hopkins: Are you actually a Goddess (answer: Yes)

TB: You ended up translating your last show Le Foulard into French and performing it as Le Full Art. Would you consider doing it again?
LH: Yep, I’m speaking with a theatre in Switzerland to see if we can make that happen…

TB: What are you most looking forward to about this year’s fringe?
LH: The exhilaratingly exciting swamp pit of creative expression striving to exist, the friends, the BlundaBus: bus of dreams, being with my best idiot love, the late night magic happenings, the eurekas, the crises, the rebirths, the brand new discoveries, wearing my winter coat in august, eating well, pints, loving. More love. I’m really looking forward to it. 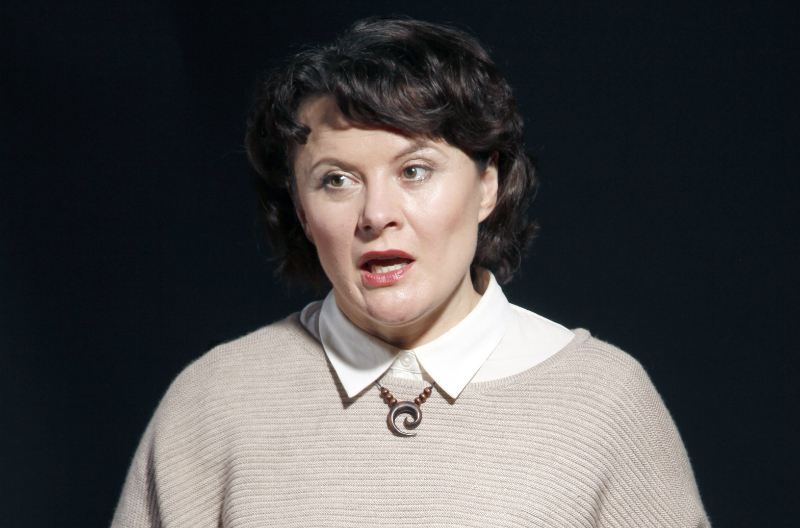 Monica Dolan – The B*easts – Underbelly Cowgate, 3rd – 27th (6pm)
BAFTA Award-Winning actor Monica Dolan writes and performs in The B*easts, an exploration of the sexualisation of children which explores how far one woman will go to put what her child wants first.Without wanting to spoil any of the play’s dark surprises, we talked to Monica about some of her inspiration behind the play:

TB: This is your first solo show. What led you to create this piece?
Monica Dolan: It was a number of things that all came together really. I have definitely had a strong sense of wanting to do something in Edinburgh at the back of my mind for a long while, and have been very aware of never having performed on the Fringe. This idea and story seemed more appropriate to the Fringe than anywhere else. I have known for a long time that I wanted to write something whole that could be performed and I sort of got tired of myself for never fully committing to anything, so one day I wrote all my ideas down on a piece of paper and just picked one. And then I decided to do this one first! In terms of the themes of it, I had been writing another play (which hasn’t seen the light of day yet!) which focused on many of the themes in The B*easts, so they were buzzing around my head but hadn’t found their story yet. The story came to me while I was away on a break after a long acting job. Really it was the challenge that led me to it. And a desire for direct contact with the audience.

TB: The show sounds resoundingly dark – will the audience recognise the world you create onstage as their own?
MD: Yes, they should do! Hopefully that is what makes it dark – that it is all fairly recognisable up to a point. Its power comes from the fact that so much of what the main character takes us through is accepted as normal, but she looks at it all from a unique perspective that is not available to most of us. Lots of the events in The B*easts are happening around us or have happened at some point. It is interesting because at one point my character describes an event which comes from something available now on the internet. After my first preview at the Etcetera in Camden, a couple of people came up to me afterwards and said “But that bit was made up, wasn’t it? Those things don’t really exist”. But most of what I talk about in The B*easts exists already, and certainly all the elements for the main events in it to come about are part of our lives. 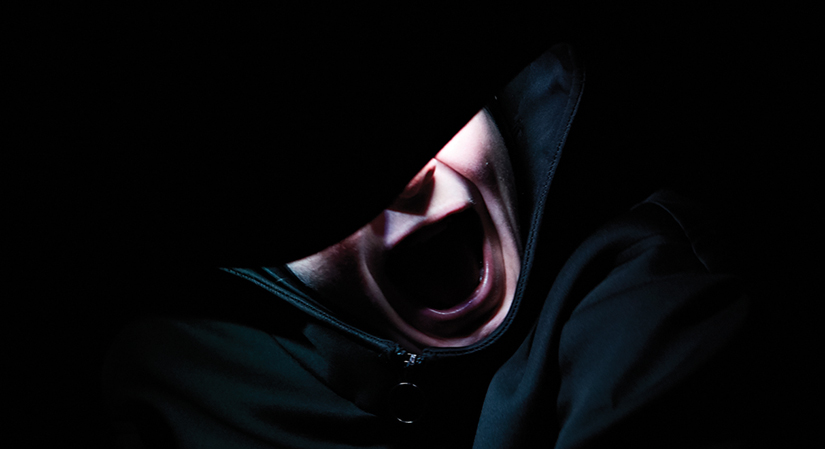 Jess Thom – Not I – Pleasance Courtyard, 22nd – 26th (12pm)
Jess Thom is best known for the award-winning Backstage in Biscuit Land and for her ongoing project Touretteshero, which celebrates the “creativity and humour of Tourettes” – a condition which means she makes movements and noises (called ‘tics’) that she cannot control. This Fringe, she takes on Beckett’s Not I in a limited run of what promises to be an irreverent, bold, unmissable experience.

TB: You write that in your work you aim “to celebrate and share the creativity and humour of Tourettes in an accessible way” –how will this relate to Beckett’s Not I?
JT: Our aim is to take a piece of work that is traditionally seen as being difficult and make it accessible to everyone. There’s a type of cultural curation that goes on with a lot of theatres saying they want to make their work more inclusive but that they haven’t found the ‘right work’ yet. We want to challenge that belief and show that with the right approach even the most challenging texts can become accessible.

TB: How did this project come about?
JT: Not I has been a long standing reference for us even before we set up Touretteshero in 2010.  A friend introduced me to it at a time when my tics were intensifying and I was finding it hard to adjust. I’d never read any Beckett before but I was instantly drawn to Not I. It confused, intrigued, bored, and challenged me all at once. When I started learning it I was stunned to find line after line that spoke deeply to my lived experience. Our intention is to present a rigorous performance of the work but in a way that works for my body and mind.

TB: What are you must looking forward to seeing at this year’s Fringe?
JT: I’ve been deep in rehearsals for Not I for the last few weeks and haven’t had loads of time to look over the programme properly. There’s always so much great work to see at the Fringe and I’m always keen to see what disabled artists are producing. I’m really looking forward to seeing Cosmic Scallies which is directed by Amit Sharma from Graeae who advised on Not I.

Watch out for Part Two! In the meantime, are there any one woman shows you are looking forward to this Fringe?