Review of: Briefs at the Underbelly Southbank

Though exuberant, somehow the magic felt less intense than it has done in previous performances.

I first saw Briefs four years ago as a bright eyed fresher, making my inaugural trip up to the Edinburgh Fringe. The sights were dazzling – each act in the one hour show readily identifiable and imbued with a quirky sense of individuality. They were also, as if it needed saying, hilariously talented.

A lot of things have stayed the same since that inaugural outing, for both myself and Briefs. My love of cabaret, of the Spiegeltent and the acts that it houses are as bright as ever. So too is the talent of the Briefs ensemble. But I can’t shake the feeling that Close Encounters, running on the Southbank for 12 weeks, is missing something – perhaps not as exuberant or as exciting as earlier shows.

This is a shame, because there’s a lot of wonder to be found in the 65 minutes. Close Encounters is billed an out-of-this-world experience, transporting audiences away from the beige world we live in and out into the cosmic excess of the futuristic beyond. At times this is fully realised, particularly in the costume design of Dallas Delaforce and Lisa Fa’alafi, but the thematic link seems largely sidelined compared to the boisterous variety of acts on show. We are presented with march hares, Kate Bush renditions, bird cages, angle grinders and the equivalent of sixth form science experiments. The difference in theme sometimes feels like a tonal whiplash. 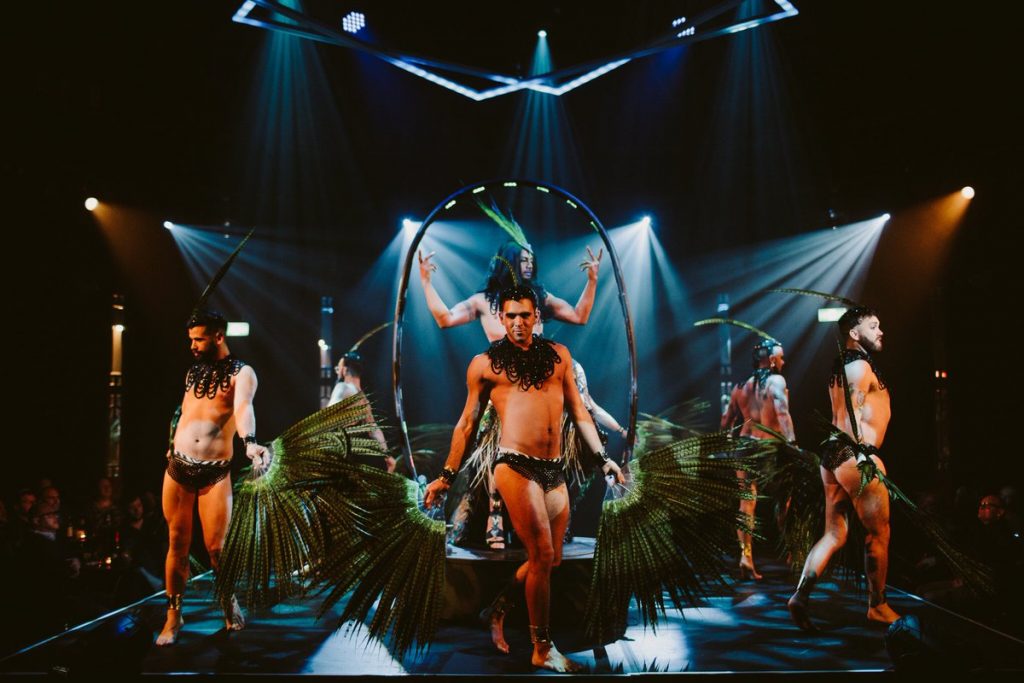 This futuristic escapism also seems at odds with the political messaging running through the play – demanding us to protest, rebel, never to sit down and roll over. Again, if actively pursued during the show this could have clicked perfectly, but the ideas ended up flimsy. The show also suffered from some repetitiveness – two contemporary dances were a bit too many, means the juggling acts and hula dances happened simultaneously – splitting these up could have been vastly more successful.

Standout performances took juggling to a whole new level through use of bouncing and strip teasing. The aerial acts were also wondrously enchanting. Yet, coming out of the experience, the distinct individuality of the performers that made the 2013 Briefs so special was entirely absent – the performers each felt entirely uniform, stripped of identifiers in favour of some naked monotony.

Special credit must go to musical direction, which kept things ticking along with a rapid pace. Yet overall this Briefs felt almost too, ironically, brief – and far less of a cosmic encounter than one would have hoped for.