Review of: Vixen at the Vaults

Vixen forces us to take responsibility, as humans and theatregoers, and for that the production should be wholly commended.

Silent Opera has already acquired a rather cult-like following due to their intensely modern and satisfyingly butchered versions of canon operas they feel could have more relevance when updated to the present day. So far, so good – opera has been seen as a type of elitist holy grail for so long that a bit of chopping and changing here and there is long overdue. Vixen‘s stylistic choice of combining the small fox with a wandering homeless girl is a fine example of the opera genre still being able to speak to modern audiences, however the actual adaptation and pacing that resulted did muddy the waters for any not familiar with Janaceks original.

Part of this problem was a logistical one – sightlines in the first act especially were an issue, and seeing as this sets a base for the continuation of the piece some of the latter turning points of the plot seems somewhat shallow, despite the obvious talent of the singers and musicians involved. These were of a calibre that remains hard to describe, and one I feel I shall not see the like of for some time. Rosie Lomas was an utterly incredible Vixen, her wiry aggression intoxicating the audience from the get-go; Robin Bailey and Ivan Ludlow providing two beautifully sung and well-thought-through interpretations of sometimes slightly nonsensical roles. After marrying the vixen when she falls pregnant, would the dogfox really run away from his wife as she lies shot on the concrete? Why is the forester so obsessed with this vixen girl, penduluming between bizarre sexual attraction and trying to convince the audience that he’s not a ‘bad guy’ after all? This is not to the detriment of the singers, it seems rather as if the cuts made to the libretto have resulted in pacing and plot issues that could have been resolved by adding another 10 minutes to the running time. 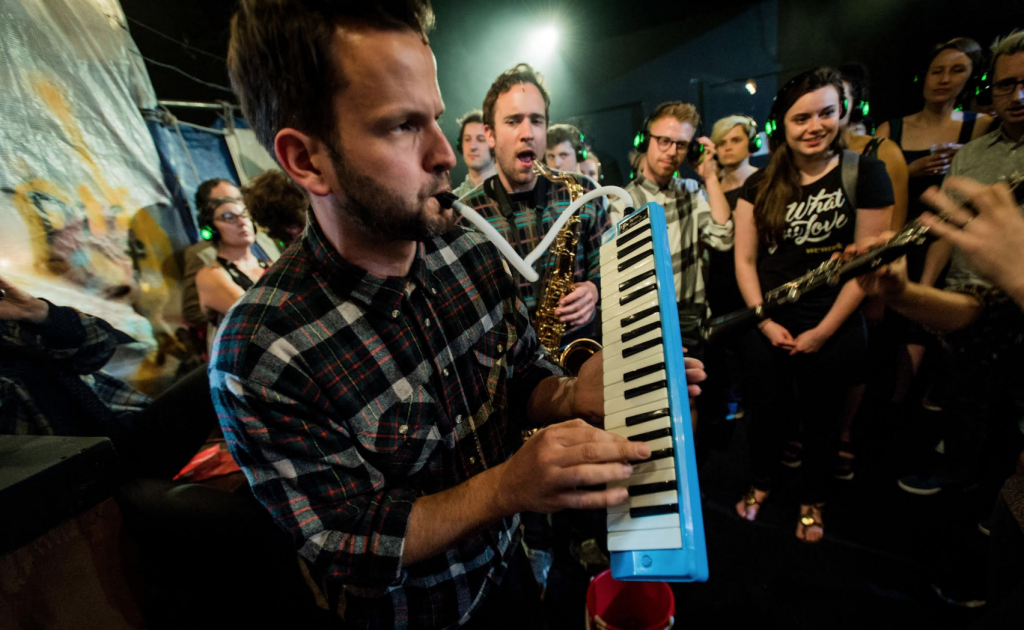 However, despite these gripes, one must return to what Silent Opera are actually trying to achieve with this piece – drawing attention to the homelessness crisis while simultaneously beating the dust and cobwebs from an artistic form that many cannot identify with any longer. With this view, no matter how many petty criticisms I have regarding plotholes and bizarre sentence structures, the project remains a triumph. As noted by the director, Daisy Evans, in her programme note, ‘it’s vital that these issues do not get lost behind a mask of operatic idolatry and are presented as real, believable issues in our society’. This is made all the more stark at the Vaults when, where leaving, the chattering crowd of opera-goera pass a number of people huddled under the overpass – art truly reflecting society. Especially with the social care crisis as it is, it’s no longer an option for us to turn away, go to the theatre and opera for some light entertainment and choose not to see what happens on our streets. Vixen forces us to take responsibility, as humans and theatregoers, and for that the production should be wholly commended. Down with operatic idolatry!