Review of: Tristan and Yseult at Shakespeare's Globe

Tristan and Yseult, now entering the 13th year of its history, has become something of a figurehead for Kneehigh theatre company – the closest thing to a ‘definitive’ production. All the elements of a Emma Rice show can be traced back to its performance – the use of contemporary music and folk-infused instruments, the whimsical humour laced with bursts of anachronism and colour in both costume and set – as well as the mixture of rhetorical styles. The power of the show is well documented – with international success across the decades, the real test here was how well the show settled into that most unusual and notable of venues – Shakespeare’s Globe.

Incredibly well, as it turns out. The neo-rustic nature of the show, with its instrumentation eerily reminiscent of a Tri-Yann concert (mixed with the occasional Police and Daft Punk tunes) felt right at home against the wooden panels and construction of the Globe, while the thrust stage and inescapable presence of the 700 groundlings let the two hour performance rumble on at a jolly pace. There was something innately exciting about finally seeing the show tackle the Globe, symbolically rubbing shoulders with its louder, bigger successors in the forms of Rice’s productions of A Midsummer Night’s Dream and Twelfth Night. 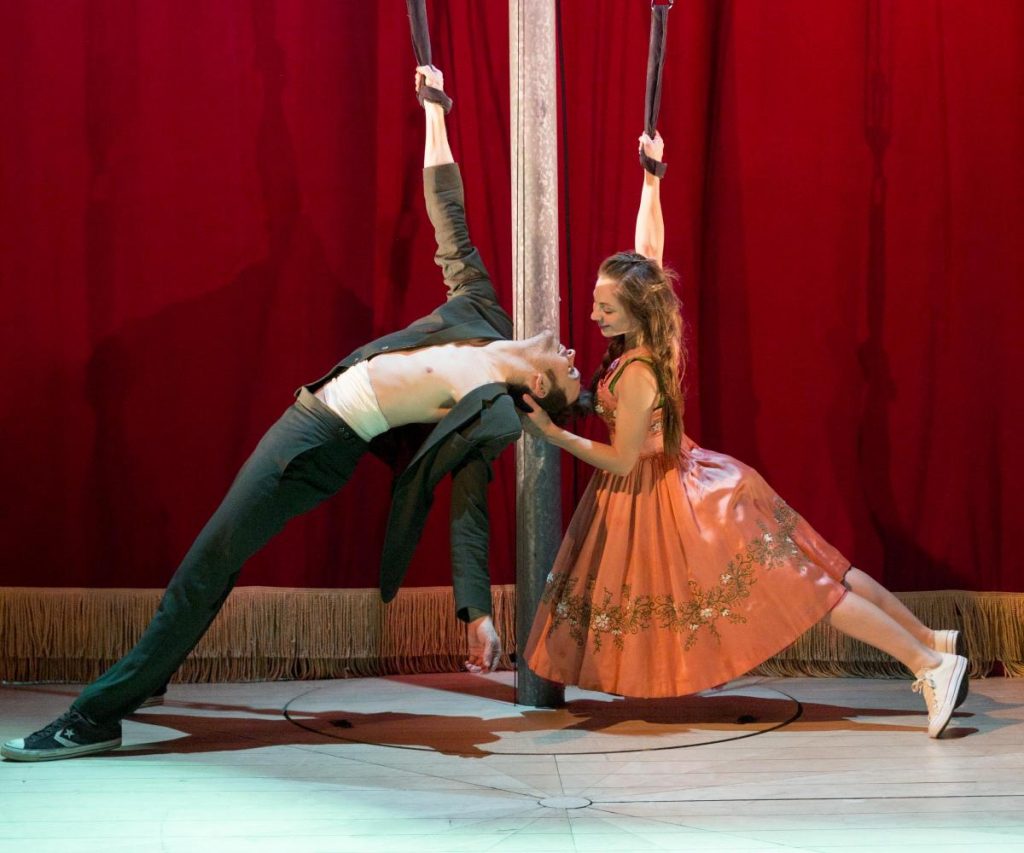 For those unfamiliar with the historic fable of the Breton Tristan and his Irish love Yseult, the plot is a fairly conventional tale of forbidden love, hatred, jealousy and, as many shows pan out, death. Rice’s ensemble constructs the story here against the backdrop of the Club of the Unloved, anorak-wearing, socially-awkward individuals who spring in and out of character in a desperate attempt to find that love so desperately craved. It’s a neat framing device, never laboured yet used for a fantastic effect when necessary – those who are stripped of their characters mourning the fact they have to lose their briefest experiences of love, returning to abject loneliness.

Ensemble theatre can be a magical ride, embracing the machinations of performance, plopping expectations upside down and letting the audience revel in the experience of seeing the story coming together before their eyes. The process is communal – spectators a vital part of constructing a timbre for the show itself. Our collective belief in these individuals, their love, is essential for any form of success and, with the groundlings present, the unity was palpable. This was a play shared between all – a remarkably natural fit for the Globe boards. 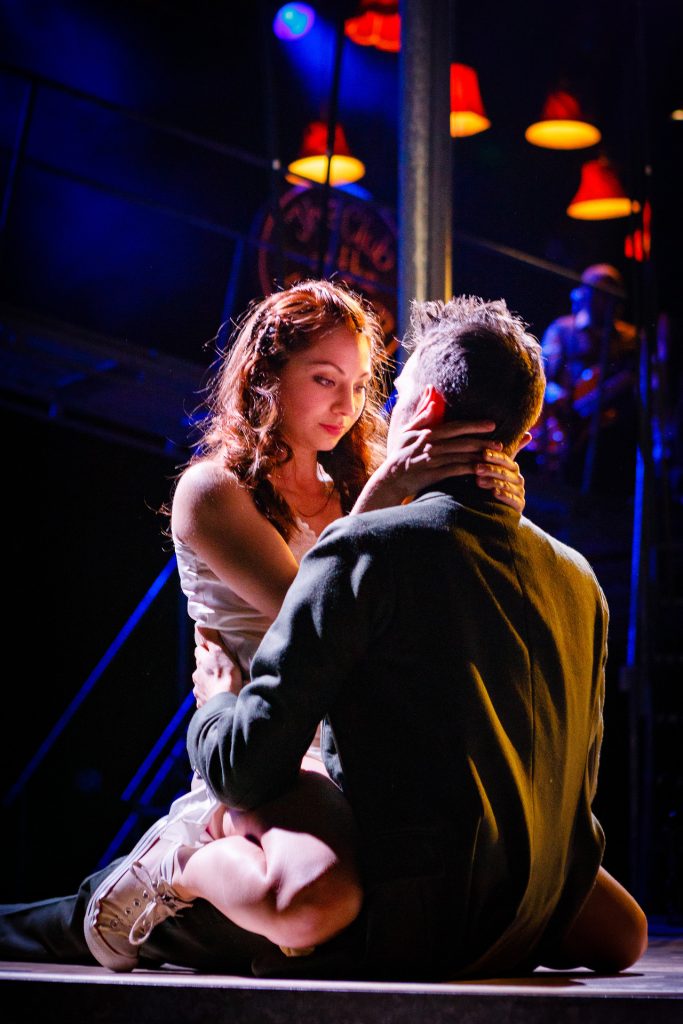 As the night skips on the humour continues at a pace – special credit must go to Niall Ashdown’s scene-stealing Brangian, perhaps the most sympathetic character of the piece (while easily the funniest), while the scorn-laced tones of narrator Kirsty Woodward play upon the whimsical chorus that surround the central stage. The titular pair (Dominic Marsh and Hannah Vassallo) almost feel irrelevant in their own show, surrounded by such an endearing squad of multi-talented individuals able to butt in with a witty aside at the drop of a hat (or bandana, in their cases). This may have been the show’s chief shortcoming – our support for the two protagonists was somehow hurried, while Yseult’s supposedly equal love for King Mark (Tristan’s father figure) seemed to have been conceived offstage.

The narrative opens at the close – story coming full circle on a disc-like stage constructed by the revered designer Bill Mitchell (who sadly passed away this year), at the heart of the wooden O – the cyclical acting as pure poetry. Tristan and Yseult is a bombastic rollick and the exact reason why Emma Rice was first selected to join as Artistic Director – savour the two weeks Tristan and Yseult graces the Globe’s stage.