Review of: Tape Face at the Garrick Theatre

Tape Face is a reminder of the joy of communal comedy, where individual personality is replaced with collective audience enjoyment.

The Boy With Tape On His Face has had something of a face lift since his stint on America’s Got Talent, now going by the sleeker, punchier Tape Face. A quick rebrand, easier for the hashtags perhaps, seems like a concession to the mainstream – an acceptance that this show needs to be more abrupt to function on the West End, away from Fringe Crowds or Clowning Communities and in the heart of theatre land. Well, against some odds, producing two and a half hours of nonstop buffoonery the Boy has certainly matured gracefully.

The irony about Tape Face (performed by New Zealand-born comic Sam Wills) is that, while the show’s title is now 66% shorter, the show’s runtime felt somewhat too long – each of Tape Face’s skits involving lengthy, meticulous set-ups, eclipsed only when a magical reveal comes. At this point the process begins again – set-up, quick bunch of punchlines, back to square one. By the middle of the second act it was something of a rhythmic process. This was undercut at times with some refreshingly endearing improvisation from Wills, reacting especially strongly to audience quirks (gait was particularly prone to mockery) while over-enthusiastic stage-invitees were mocked incessantly. But overall one couldn’t shake the feeling that this was just slightly too little butter over the bread – Wills producing some of his well-worn classics (toothbrush aeroplane, free-falling man-on-stool, oven-mitten sperm whale-esque romance) to boost up the running time (less enthusiastically received by those who’d seen his appearances on America’s Got Talent). 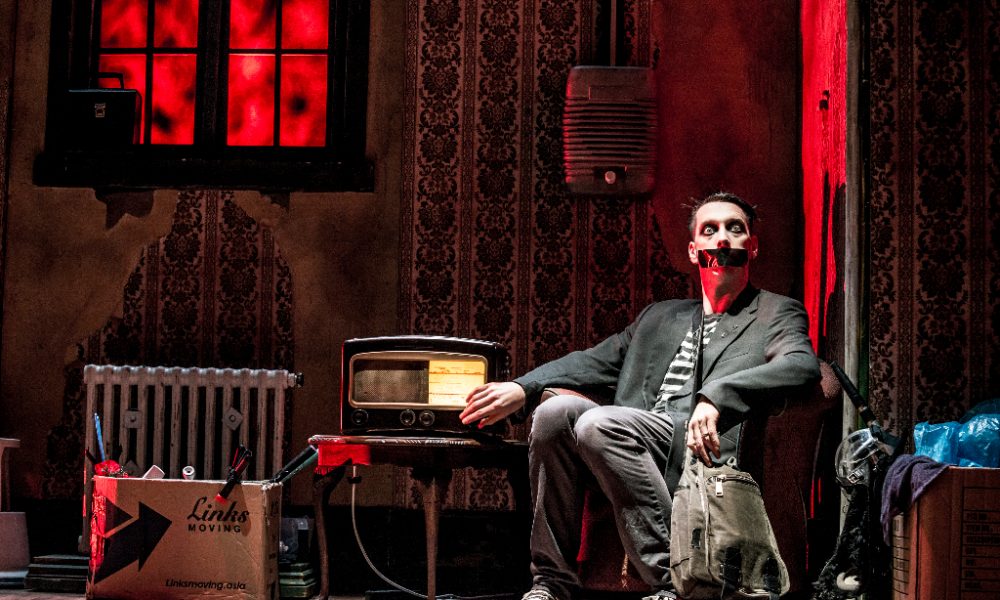 But it’s time to digress – the highs certainly made up for almost all the lows – some moments being so absurdly novel in their conception that they worked with ease, while the opening few minutes of Act 2 were an incredible proof of skill and vision. These moments are worth the runtime in and of themselves. The narrative is rarely important, and the closing trick as bombastically over-the-top as necessary for a West End stage, all done by a man incapable of even opening his mouth to breath a sigh of relief when he lands a trick.

Wills’ real talent is not simply to find himself comedic, but to draw the comedy out of audience members he picks – if Derren Brown knows exactly who to hypnotise, then Tape Face knows who fits a trick perfectly – be it when trying to drive a ping-pong ball, floating on a hair dryer, into an ad-hoc golf green, or finding the right man to imitate a bull during an impromptu corrida de toros. Tape Face is a reminder of the joy of communal comedy, where individual personality is replaced with collective audience enjoyment, overseen by our muted MC. A welcome (albeit temporary) addition to the London theatre world.